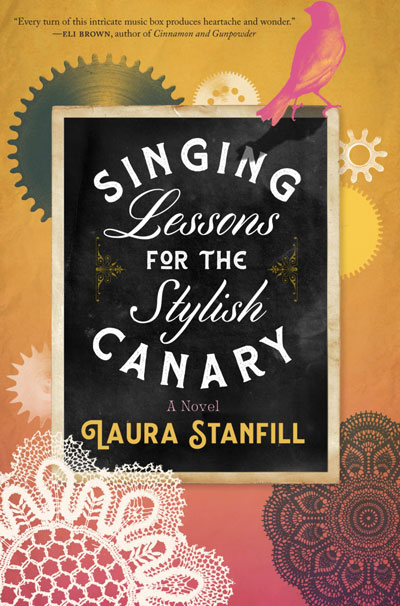 Picture a serinette: Music in a box. Notes arranged as pins. Crank it, and here it comes: the auditory sensation of someone whistling, maybe, or the chirp of cheerful birds.

Now place that serinette into a quiet, magical village—an imaginary French town called Mireville, where women work lace and men craft these intricate music boxes and the sun shines ever so persistently, thanks to an incident some time ago, when a baby stopped crying and the clouds—well, they parted.

A boy named Henri lives in the town of Mireville. His father, Georges, is the master serinette maker; serinettes are the family affair. Georges is also the long-ago baby who stopped crying, otherwise known as The Sun-Bringer. He is, additionally, not the very best father in the world, nor the very best husband, and he has a secret he likes to believe he’s good at keeping—a son on the opposite side of the world. A son named Robert who is growing up in a house that is part aviary, where singing canaries are most graciously accommodated by a seductress named Delia. Delia bedded Georges while he was on a serinette sales trip. Delia gave him a good look around. Now Georges has two sons, born months apart. The one growing up in Mireville. The other, a bonafide prodigy, growing up in the letters Delia secretly writes and secrets sends. 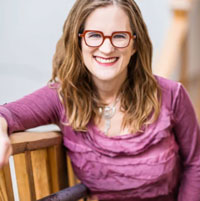 Poor Henri may be the lesser son. He rather prefers lace and conversation and adventures with his best friend, a smart and so resourceful girl, to the rough and tumble nonsense of boy stuff. He also wants to believe that he has magical gifts of his own—and this delusion, as some refer to it, is about to get him into a heap of trouble. It’s that trouble that will ultimately send him first to prison and then into the steerage of a crowded boat, headed not just toward his half-brother Robert, but toward his very own definition of happiness.

But before any of this can happen in Laura Stanfill’s utterly beguiling debut novel, Singing Lessons for the Stylish Canary, we readers will be treated to sentences, passages, scenes, chapters steeped in a very special kind of flourish. The kind that flows seamlessly and with storytelling purpose. The kind that never tangles up in itself.

Here’s Georges, young and virile and freshly arrived, by boat, to New York. He’s in Delia’s aviary, experiencing her canaries for the first time:

Georges cupped his ears to draw the full-throated chaos close, a mash of melodies, all the chirruping and seet-seet-seeting, the sounds of wings reminding him of air being pushed in and out of a bellows. The birds were no more aware of their remarkability than a slug of the luminescence of its trail. They sang not for him, or for Delia, but for themselves.

Noses peeled. Moles grew fat on necks and arms and the backs of farm boys who took their shirts off. The river shallowed despite occasional rainshowers. Everyone ate meat and bread for dinner, little else. Those who remembered told stories of how fat drops once plinked on their cheeks, plunked on their sleeves, and made sieves of their socks.

It is ravishingly easy to picture this most original place, to hitch a ride into this world of elegant magic. Stanfill’s landscapes. Stanfill’s music makers. The ingenuity of her child characters stringing lace art between the bases of forest trees. The yearnings of adolescents who hope to be the right kind of grown-up, loving the right kind of other, building the right kind of home. Inside Stanfill’s world, we inhale and then exhale, we’re aware of calmer breathing, we are away and glad to be away—from unruly world news, untruths, global worries.

I know Laura Stanfill; we are friends. She published my memoir-in-essays Wife | Daughter | Self in her role as editor/publisher of Forest Avenue Press. She has been talking to me about this novel of hers since very early on in our relationship, I have read her many published essays, and I know no one but her could ever write this book, thanks to her experiences as a preternaturally gifted child growing up around strange and beautiful music-making things.

But none of that is why I adore this book.

I adore this book because it is a sensation. Because it has lifted me in a cold, white winter. Because I lived inside its sun.

Beth Kephart is a writer, teacher, and maker of books. Her essays are widely published. Her newest book is We Are the Words: The Master Memoir Class. She can be found at bethkephartbooks.com. Explore her handmade books at her ETSY shop.