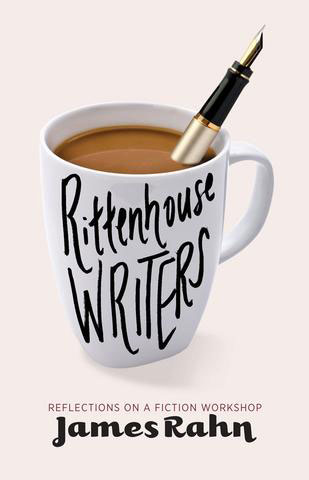 For an aspiring creative writer, the writing workshop can be a fruitful and inspiring environment, a precarious and vulnerable setting, or some mixture of the two. In truth, a good workshop is hard to find, but most workshops are organized so that writers can gather as a group, share ideas, concepts, craft, and acquire the guidance of a bona fide published author. Writers utilize the workshop as a space to showcase their work, receive feedback, critique others, and ultimately gain some deeper understanding of craft. Writers, like all artists, strive to be better.

That desire to be better—to be a better teacher, partner, father, writer—threads through James Rahn’s part-memoir, part-anthology, Rittenhouse Writers, an account of his work to develop and sustain the Rittenhouse Writers’ Group for nearly 28 years. Rahn is the author of Bloodnight, a novel based loosely on his experience growing up in Atlantic City, and his short fiction and articles have been published in many literary magazines. He has taught at the University of Pennsylvania for fifteen years and, in addition to leading RWG workshop sessions, maintains a private practice for individual writing and psychoanalytic consultations.

Based in Philadelphia, RWG has gained status and renown as a literary institution. Its members have not only had their novels and short fiction published, but have been awarded significant grants and fellowships. As a newly minted MFA recipient, Rahn developed the workshop in order to build a career with his degree—an interesting solution in a time when having an MFA meant teaching in a more traditional academic setting. In the first half of the book, Rahn reviews the group’s history: anecdotes about various members (the more turbulent stand out), early meeting logistics, and tricky interactions with members. All this reads, at times, like a summary of meeting minutes and this portion of the book only really achieves the feeling of a memoir when Rahn explores his personal life and struggles with writing. While Rahn frequently laments the hypocrisy of telling students to spend daily time on their work although he can’t hold himself to the same standard, Rahn’s dilemmas understandably take him away from his creative work. For instance, after Adrienne, Rahn’s wife, retrieves her nieces from a rescue mission in Atlantic City and brings them home to stay, Rahn admits that he’s not ready for the added responsibility of raising two kids:

It was just that my whole cosmogony was shaken. I saw my mostly solitary life of writing, editing, communicating with students, coming to an end…. I dug the kids—but was I supposed to take care of them, maybe raise them? Hell, I wasn’t sure if I could raise myself.

Here, he bravely reveals a less giving and more selfish desire to shut out problems, or to ignore them, because they distract from the importance of his teaching career and creative work.

Despite his reservations, Rahn eventually builds a better relationship with his nieces and finds a therapist to discuss these new changes in his life. Insight from his therapist inspires Rahn to learn more about psychotherapy and to enroll in a training program at the Psychoanalytic Center of Philadelphia. Here, Rahn applied a version of the RWG workshop model to a group of mental health patients. He explains how he wanted to work with them in order to uncover the deeper emotions at the core of their mental health issues:

I wondered whether writing and storytelling could help patients make sense of their inner chaos. Certainly a journal or diary can help organize one’s thoughts. But imaginative writing is different. It can be both an act of control and a release.

The problems faced by mental health patients were not much different from the problems Rahn faced in his own life, or the problems RWG members dealt with in their lives. These problems, Rahn explains, influence the health of the writer and the most proactive way to handle these obstacles is to face them directly, to sit with them and let them merge and emerge through the writing. After working with the group at the Psychoanalytic Center, Rahn brought some of this insight to his RWG workshops: “I urged folks to work harder to identify the story they were born to write, and write it, almost as if a gun were put to their head. I said, ‘Procrastination is for people who think they’re immortal’.”

All of this deep, psychoanalytic work also helped Rahn to break through his own procrastination and to finally get back to his writing. With help from his therapist, Rahn returned to writing and learned to accept his new role as a father:

I was determined to break through the block. My analyst helped me with his insights about my fear of failure as well as my fear of success. He talked about my self-destructive and aggressive issues. We discussed my nieces over and over—whether I wanted to be or felt capable of becoming their father. I kept looking for guidance from others too. I kept yearning for my father to tell me what to do. Why did I always return to that age-old script? Again, the repetition compulsion. I began to think that maybe I felt guilty over his death, that unconsciously I felt responsible. The psychoanalyst Hans Loewald wrote that instead of repressing Oedipal guilt you should examine and try to accept it. Then you can move ahead by your own agency. After years of cogitation I realized that I was the father now. By accepting this role I gained the power to help myself and the girls, and I could mitigate my feelings about my father.

Rahn has dedicated his career in writing, education, and psychotherapy to learning how to overcome the dilemma of writing versus not writing, hovering over the surface of the issue versus delving into its source. His work to help writers, either in RWG or in his private consultations, is not only about trying to be better, but about providing the space for that attempt.

The workshop is an imperfect setting. Some members believe they know everything. Others seek control. The worst try to bring down other writers rather than help them improve. In these cases, Rahn has asked members to leave in order to preserve the intention and integrity of the group. Writers have often brought bias about the subject of a particular story, or arrogance about their own writing prowess and accolades that diverts the focus of the entire group. But however flawed, these spaces bring us closer to finding and confronting our own truths. Rahn writes about the magic of exploration that is so important to the writer, a kind of confrontation with the underlying truth within a fictional story:

Back then I didn’t understand that a first draft is exploratory, a journey where the story and characters are discovered along the way, and that you should expect these revelations, value them, honor them. That’s where the magic resides for the writer, the surprise of the shift in expectations that makes the narrative richer. Often when the writer is surprised, the reader is too. 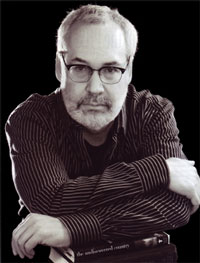 In the second-half of his book, Rahn introduces the reader to several writers the RWG has helped launch and who continue to participate in the workshop. Gwen Florio authors the Lola Wicks mystery series. Her first book Montana won the Pinckley Prize for debut crime fiction and High Plains Book Award. Romnesh Lamba has had his fiction published in Confrontation, Columbia, Christopher Street, Mississippi Review, and Gettysburg Review. Diane McKinney-Whetstone is the author of five novels. Tom Teti has been a member of RWG since 2000 and his fiction has appeared in County Press, Philadelphia Stories, Bucks County Writer, Apiary, and Journal of the Coatesville Cultural Society. Caren Litvin has been a member of RWG for 16 years. Samantha Gillison is the author of two novels. She has won the Whiting Award and a Guggenheim fellowship in fiction. Sarah Waldorf has had her fiction published in the Hudson Review, Commentary, Southern Review, and Anthropology and Humanism Quarterly. Lisa Paparone has been a RWG member for 20 years. Alice Schell has had her fiction published in Story and has received fellowships from the Pew, Leeway, and Ragdale Foundations and the Pennsylvania Council on the Arts. Daniel R. Biddle is the politics editor at the Philadelphia Inquirer and has won a Pulitzer Prize for his journalism.

Rahn showcases the variety of these writers’ work, and the diversity of ideas, stories, and narratives, which have made RWG so fruitful and inspiring. From Florio’s story of a hotshot fire fighter in Montana, to Litvin’s humorous and tragic piece of a grocery store assistant manager who begins an affair with a coworker, to Paparone’s short character study of a woman betrayed by her husband’s business mistakes, these pieces of literary fiction are the polished final results of work that has suffered through workshop critiques, both pertinent and irrelevant comments, and alternating bouts of confidence and crippling doubt. By including stories written by these current and previous members, Rahn’s book is not only a record of RWG, but a celebration of the workshop form. After all, writing is a technical art, a craft requiring practice, and I found it reassuring to see such sophisticated work emerge from this longstanding workshop. And that, finally, is the true goal of the workshop—to celebrate the incredibly difficult task of setting a piece of the writer’s humanity to paper.