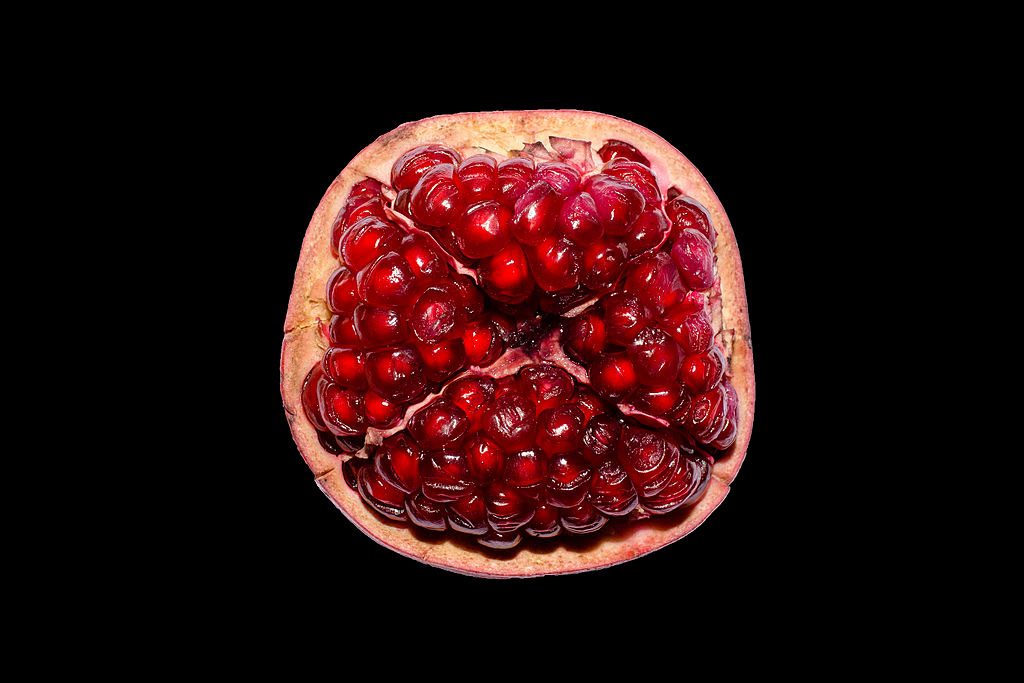 Adonis was a painting. Or rather, he was a boy, but his limbs and lips looked as though they were made of artistry and creamy filaments of paint. It is no wonder, then, that Venus loved him. She kept him pillowed in her lap, far from the wars and deaths of heroes, and whispered him stories, her warm breath traveling across his lips. On days she was forced to leave him, Adonis made love to the forest instead, exploring it slowly, deliberately. On one of these days of absences and longing, a wild boar came across Adonis and gutted the canvas of his torso from stomach to collarbone. When Venus returned and found his broken body, she discovered the shape of heartbreak. Distraught, she made the spray of his blood bubble into hard teardrop seeds. And so, nourished by the blood of the most beautiful man to have ever been loved, the pomegranate blossomed into existence.

Knifing through flesh with crimson juice flecking your wrist, drowning the poor thing in a bucket of water, or beating the side of the fruit like you’re knocking on your ex-girlfriend’s door—these are the recommended methods of peeling a pomegranate.

Once you see their skin cracking and splitting, seeds like blood vessels pouring onto the table, bursting under the hard crescent of nail, the red dripping slowly in a glorious massacre, you’ll understand why the French decided to name a weapon of war after them. Grenade.

In a sea of sparkling white, newlywed Armenian brides hurl the crimson fruit at their feet, each bouncing seed that bursts forth representing the promise of a bouncing baby to come.

The right way to peel a pomegranate? Pull apart the top gently, like you’re parting a curtain. This is the polite way to ask the most of it.

My roommate, Faustine, lacks the patience for the mess of pomegranates— for the way I litter our kitchen with bits of white flesh and errant drops of juice. Rogue seeds I have neglected to pick up have permanently stained our kitchen tile.

There is none of this mess if you buy just the seeds, neatly packaged and peeled, at Trader Joe’s for an alarming price. These seeds taste like flavored water.

In 1764, barrels stuffed with pomegranates were sent to famed Philadelphia botanist John Bartram who had had no success in growing them in the North where the sun was less friendly. I am sure that these pomegranates also tasted like flavored water, perhaps with some added notes of cedar and old wine.

According to American Garden, Thomas Jefferson had great success in planting pomegranates at Monticello. This is of course a lie. It is unlikely that Thomas Jefferson ever tucked a sapling into the soil. Rather, his grove was built off of the bodies of his slaves—a new kind of blood once again nourishing the pomegranate tree.

Although pomegranates bleed easily, their flesh does not often bruise. Instead, it is difficult to discern how damaged a particular pomegranate is until you find clusters of lavender sludge rotting inside.

Faustine can metabolize poems into tears. She cries frequently, openly, honestly. She has only seen me cry three times, always as a sleep-deprived river of tears. Thankfully, she can read my emotions without a map of salt water etched onto my face. Once, as I was mid-panic attack, she pulled a chair up next to me and began methodically peeling a pomegranate, talking to me and plinking seed after seed into a metal bowl until I could breathe again. She cleaned up the mess and I ate seeds until my tongue burned with sugar.

The first time I tasted a pomegranate, it was on the cracked concrete steps of my high school. The fruit was a gift from some girl named Elizabeth in my French class. We sat together on the steps with the pomegranate broken between us, slowly fishing out seeds from the white rind. By the time the pomegranate was done, our fingers were a sticky magenta color and we were best friends.

It tasted like my darkest shade of lipstick, a promise.

There was a summer I spent in India where I had nothing to eat for weeks on end but tomato curry. On weekend trips to the market, I soothed my irate stomach with vanilla ice cream and fruit—mangoes oozing juice and split beaded pomegranates. These pomegranates tasted like rain and a red chair on a blue tiled porch.

Is it any wonder that Persephone gave half her life to Death for a small mouthful?

When I got home that first day and peeled off my fishnet tights, the parts of my legs that the juice had painted looked like they had grown pink-tinged scales. I felt part mermaid.

It is impossible to preserve the color of stained fingers and legs in cloth, because if you use the pomegranate to dye wool or silk, the fabric will turn a deep mustard color.

Hera, neglected by her husband, scorned by the people of Greece, and ridiculed for her extreme jealousy, clutched pomegranates to her like lifelines. In some statues, she (maddened? empowered? obsessed with the fruit?) goes so far as to wear the top of the pomegranate, the calyx, on her head. Later, men of power who knew nothing of neglect would copy the pointed style in gold and call it a crown.

No wonder some scholars consider this the forbidden fruit. Can you imagine—Eve slipping bead after bead of garnet juice in between Adam’s lips until they were cast from paradise?

It is still a dream of mine to get drunk on pomegranate wine (is this sinning too?)

I came close to this once. Somewhere in the depths of summer-hazed memories my fingers, adorned with chipped nail polish, clutched at a green glass bottle of pomegranate sparkling cider. Elizabeth and I sat knee to knee on a tattered beach towel, our picnic spread before us. We washed bite after bite of sticky cinnamon rolls down our throat with the bubbling, syrupy concoction. We’d forgotten cups, so instead we passed the neck of the bottle back and forth, our icing covered lips glossing the rim. We did this until we were tipsy on our own laughter. We lay on the ground, the grass etching faint pink marks on the backs of our calves, until the sky turned a violent shade of rose. 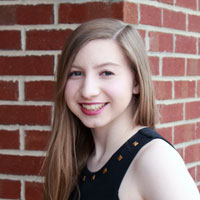 Rachel Nevada Wood is a senior studying Classical Languages and Gender Studies at the University of Pennsylvania. She is from Oklahoma City, Oklahoma and as such is a strong supporter of the Oklahoma City Thunder, fried pickles, and the word “y’all.” She currently lives with her best friend and two succulents in West Philadelphia. “Pomegranate” is her first published piece.
Image credit: “Half-Peeled Pomegranate” by Prathyush Thomas on Wikipedia.