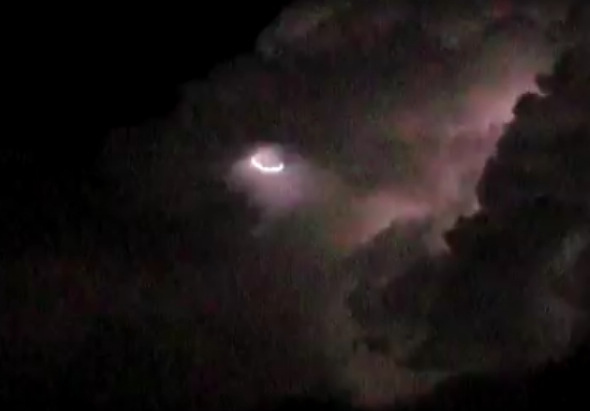 Homes awash in moonlight, in streetlight, the whole neighborhood hunched and hiding, watching the sky. All of the children are adrift, huddled in bushes, running under branches well past their usual bedtimes. It is a strange phenomenon, but one that goes unquestioned. In the morning, the grown-ups confess that they thought they saw a UFO, a strange streak that grew then slipped away too quickly for logic. For the next night, for the rest of the weekend, a vigil, lawn chairs clustered, poised to catch a second glimpse. The pleasures of these evenings were many—playing late in the dark yard, the low rumble of the men’s voices mooring us close enough for safety, even television allowed when it got late enough for pajamas and later still when their eyes would spot something moving—usually a plane—before they would laugh and finally retire, carrying us to bed.

But what a delight it must have been, a mystery in their blur of days, an unknown possibility swelling into the cracks of what they had long believed, duty slipping its course for a brief time. Our parents could not prove what they had or had not seen, could not break open the night to see what exists beyond the stars—but the way they searched! It let them taste a wonder they had lost, that worship of maybe that a child knows best. Time fell away—chores and jobs and deadlines, all they knew of living—something for a moment escaped. It didn’t last long, this infatuation—they had appointments to keep with the fickle, close-minded world. They had shovels and rakes and brooms to wield, deals to make, specs to learn, children (who leaned on their broad, muscled shoulders) to feed. Sometimes, in the dark, they still stand at the window, sending silent messages to the stars.
Image credit: DragonRal on Flickr 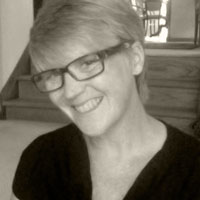 Donna Vorreyer is a Chicago-area writer who spends her days teaching middle school, trying to convince teenagers that words matter. Her work has appeared in many journals including Rhino, Linebreak, Cider Press Review, Stirring, Sweet, wicked alice, and Weave. Her fifth chapbook, We Build Houses of Our Bodies, is forthcoming this year from Dancing Girl Press; in addition, her first full-length poetry collection, A House of Many Windows, was recently released by Sundress Publications. She also serves as a poetry editor for Mixed Fruit magazine. Visit her online at www.donnavorreyer.com