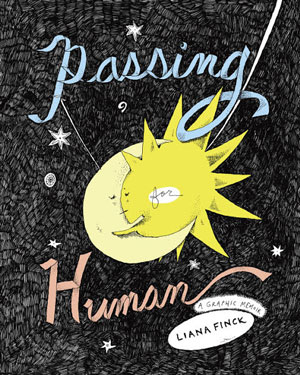 Liana Finck wants to be seen. In creating Passing for Human, a graphic memoir and her second full-length work, she constructs her life story as Leola, and in doing so fantastically reimagines her youth and early adulthood in a quest to be seen and heard—by peers, by readers, and by herself.

Over the course of the novel Finck not only passes for human, but her work dissects what it means to be human. She ponders how to describe this sensation and ultimately realizes that “a human is someone who can see humanity in things”; the work is dedicated to exploring this experience and expression of humanity.

In creating Passing For Human Finck has tapped into the potential of the graphic medium to convey personal histories and memoirs. This is particularly true of Finck’s use of an animate shadow to represent her creativity and strangeness. (“Once upon a time, I lost something. Let’s call it ‘my shadow,’” she writes on the first page.) The shadow is clarified and strengthened by its visual representation, leading the reader to look forward to the moment when Leola and her shadow are finally reunited. The text also invites the reader to question their own personal definition of humanity and how it’s expressed in their lives. Passing for Human ultimately succeeds as a gorgeous tale about the trials and intricacies of anxiety, self-discovery, and the quirks of humanity.

Echoing Peter Pan, Passing for Human chronicles Leola’s quest to recover her shadow, a dark mirror of herself that offers companionship as a child and grows to represent her creativity and uniqueness. Leola thinks of her shadow as human, which is a testament to her own humanity. Finck’s drawings are particularly effective in detailing Leola’s introspection and tender relationship with her shadow and herself.

In a fit of insecurity at age eleven, Leola sends her shadow away and thus loses part of herself. This loss of her shadow signals a decline in her childhood creative freedom; Finck writes that “I was a real artist until I turned 11.” Of this point in her life, Finck describes how “I got my wish. I became someone else. Whatever happened over the course of the next ten years—did not happen to me.” Regardless of Finck’s disownership of her experiences, Leola’s story continues. 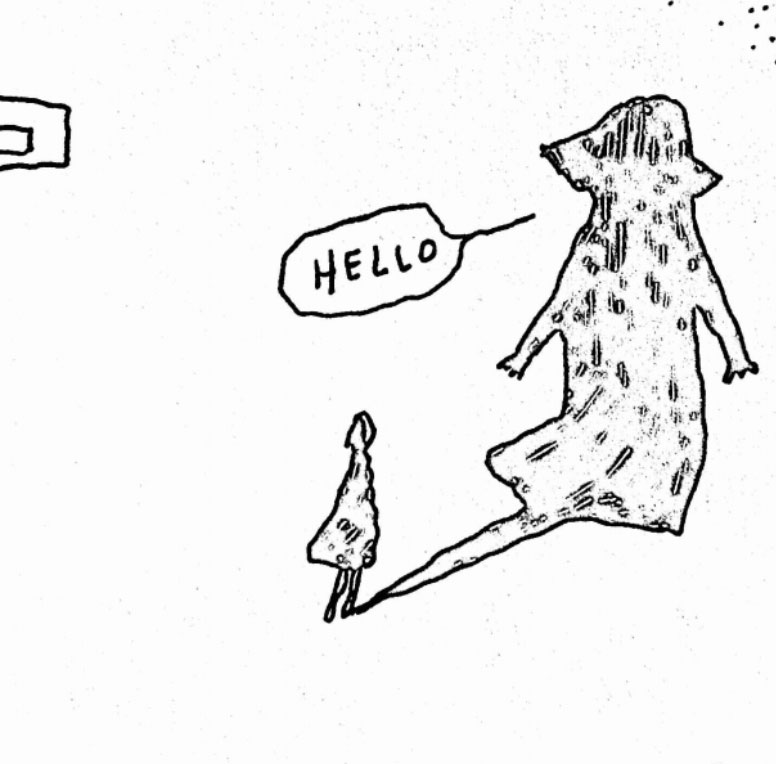 Leola and her shadow

The small and spritely illustrated Leola flits through her memories, both honest and anxious in her storytelling. She juxtaposes chapters describing her lonely childhood at a Montessori school run by nuns with anecdotes about a confused and undefined romantic relationship with “Mr. Neutral,” a comic artist who she classifies as her soulmate but who fails to be a reliable presence in her life.

Finck honors the parts of herself she inherited from her mother and father by devoting chapters to their individual and collective stories. Her mother, the bright and ambitious Bess, gives Leola the gift of the shadow. Bess’s shadow is a constant companion and friend, guiding her in her choices and encouraging her creativity, but as Bess’s early marriage implodes and she returns home, away from her abusive partner, she cuts her shadow free. Bess continues her schooling and becomes a brilliant architect, designing a perfect house for her new husband, Shamai, and their infant daughter Leola. This home is a repeated image throughout the text; a curved building shrouded in shade from the mountain behind it, the house is the essence of Leola’s close-knit home life and her childhood solidarity. 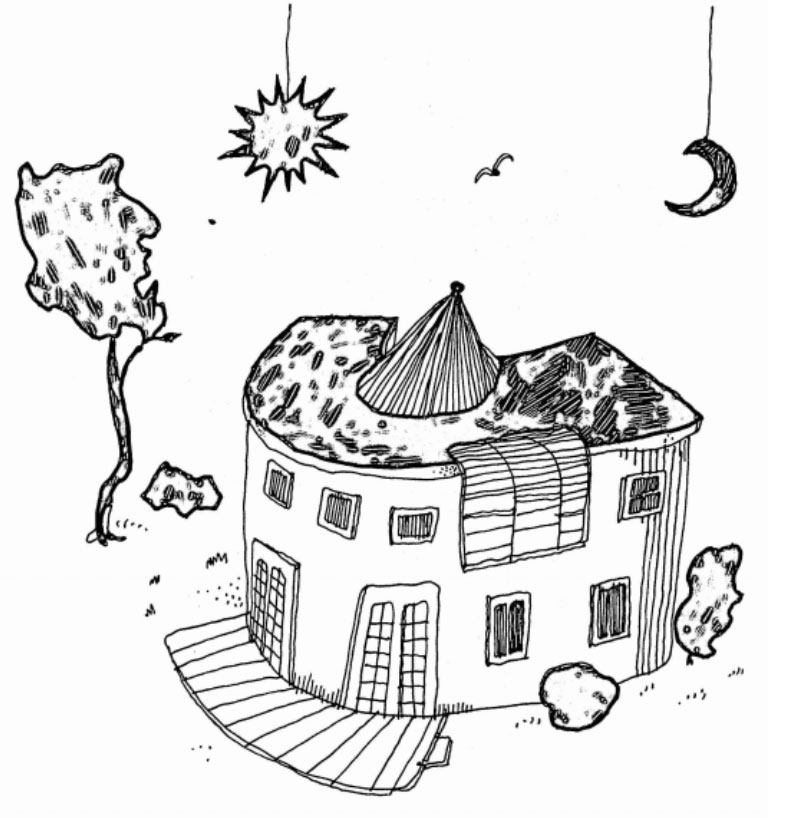 Shortly afterwards, anxious Leola changes tactics and restarts her memoir with the story of her father, the affectionate doctor Shamai, who shares his otherness with his daughter. Finck writes that Shamai is “secretly a huge weirdo;” he is “a stranger […] somehow zipped into a human body,” and he imbues the same sense of outsiderness in his child, a fact that concerns him deeply. Only later in her life Leola will acutely feel this otherness bestowed upon her by her father; she feels as if both of them are “passing for human,” just as she classifies her shadow. Here again, the concept of defining humanity is explored; Leola describes her father as not fully human to indicate not only his outsider status but his sense of discomfort with the world around him.

The penultimate chapter recounts Leola’s childhood from her shadow’s perspective; readers are meant to assume that Leola finally triumphs in reconciling with her other self and childhood creativity. This climax is visibly different than the rest of the work; the background is the inky black of Leola’s shadow and Finck’s lines are light scorings on this dark background, but her scratchy and doodly style are consistent. This chapter draws the reader into the world of otherness that Leola struggles with throughout the text. 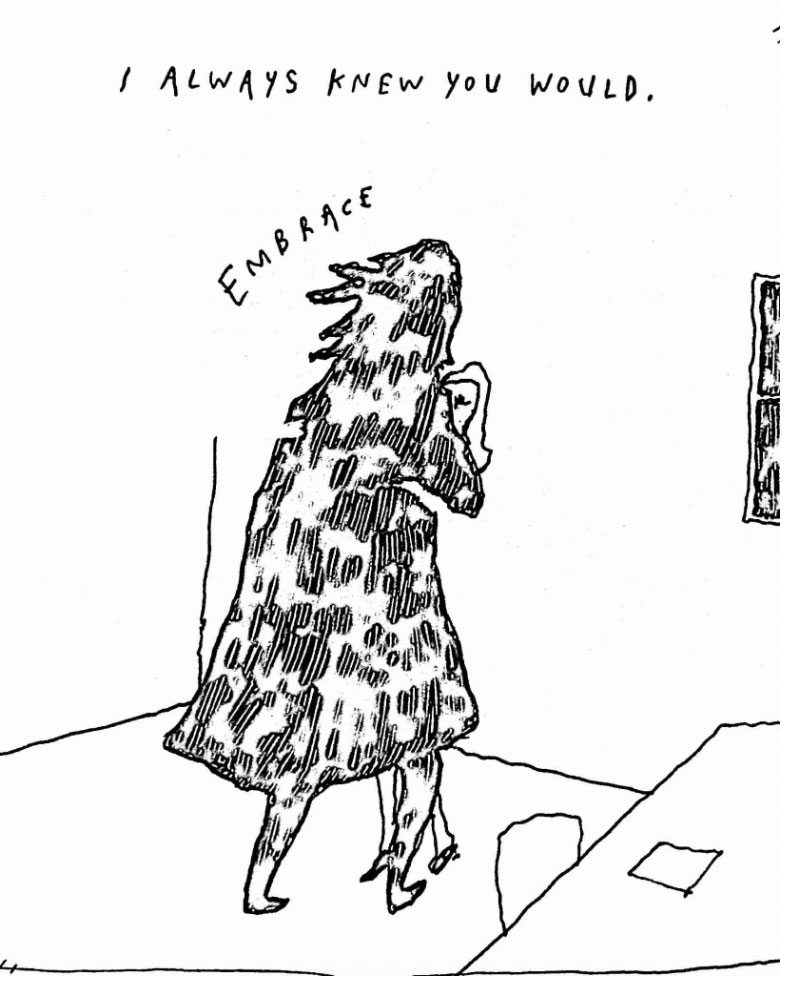 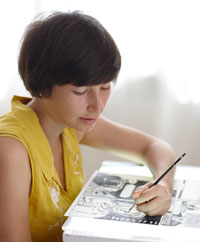 The narrative is peppered with interludes: short chapters detailing Finck’s interpretation of the story of creation, whimsically designed tessellations, and detailed and colorful chapter and cover pages. These constant restarts and intermittent doodles create the essence of the artist’s space and mind. Instead of presenting an unrealistically tidy retelling of life, Finck’s work mirrors the ephemeral haze of memory. Her assured and scrawling line drawings of animals and humans, sometimes featuring comically intense expressions of joy or despair, lend the text the quality of a childhood dreamscape that is not fully understood until adulthood.

Passing for Human chronicles not only the story of Finck’s parents and her own childhood, but the process of her creating her graphic memoir. She is plagued by anxiety in the face of detailing her personal history; these gnawing worries take the form of rats, sitting on her shoulders and nibbling at her graphic form.

Finck does not suppress any of her apprehension in her writing, and allows the rats to convince her to continually restart her story; thus, every chapter features a cover page and is titled “Chapter 1.” The repeated image of adult Leola pulling a blank sheet of paper towards her and doodling the heading Passing for Human is a merry-go-round of anxiety; the reader’s experience is akin to consuming the first chapters of several books in a series, randomized in sequence and abandoned shortly after commencing. Finck views the process of creating Passing for Human as not only producing a product for the reader, but an experiment in self-discovery. The heart of the work, with all its cyclical thoughts and false starts, is the process of Leola, and thus Liana, finding her lost shadow, her talent, her strangeness. 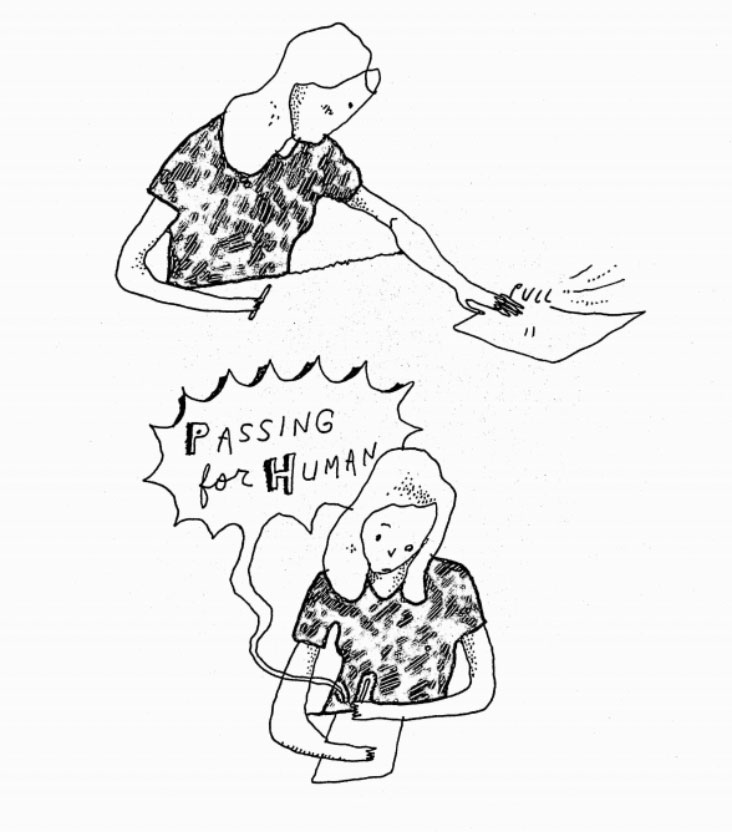 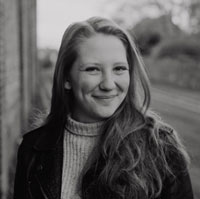 Alexandra Kanovsky is an avid reader and editor and a recent graduate of Kenyon College, where she majored in English and completed her thesis on girlhood in graphic novels. She has interned and worked for a variety of literary locales including Restless Books, Lime Books, and Impress Books. She also served as the Editor-in-Chief of HIKA Literary Magazine, Kenyon’s oldest literary publication. Alexandra can be reached at [email protected].