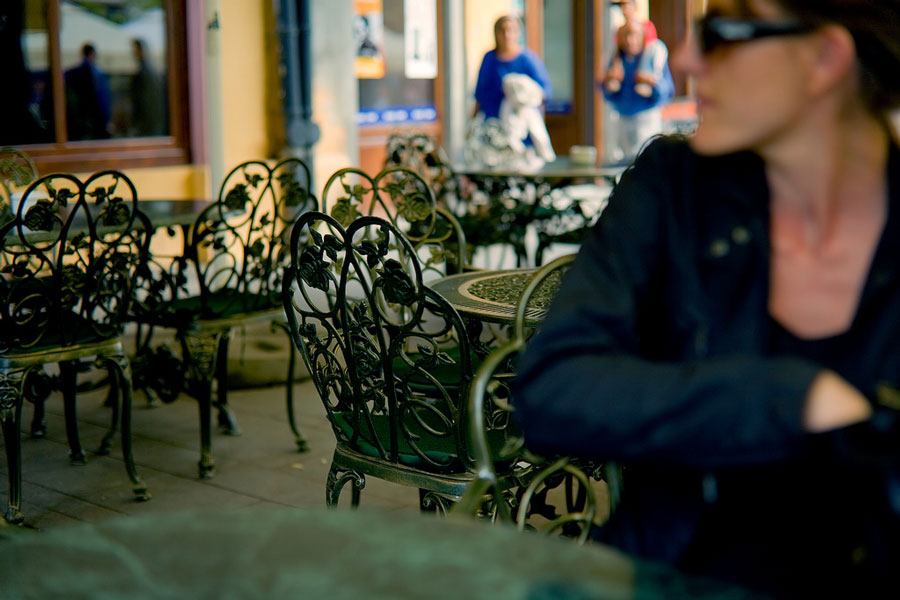 OVER AND UNDER
by Caroline Swicegood

“Where are you from?”

The question, which comes from a smiling white-shirted waiter with a red towel over his arm, is friendly and typical, nothing but small talk with a tourist, the way it generally starts. Sabine begins flipping through her mental rolodex of possible answers: with slightly olive skin, warm brown hair, and green eyes, with three languages perfected (and two of them Western, no less), with a French name, she can pass for almost anything.

She used to tell the truth more than she does now. In Istanbul, she either got slant-eyed suspicion or solidarity, depending on who she was talking to; she found herself over-tipping to prove that she isn’t like the other Syrians wandering the streets, covered and curve-palmed. In Athens, she was kicked out of a cab after speaking Arabic on the phone with her mother. In Dubai, no one gave a shit, because everyone knows they are being paid half as much to work twice as hard—the master’s degree hanging in her brother’s office there feels almost mocking. In Alexandria, in a country that has known its share of problems, it inspired a spirited coffee shop discussion about the nuances between refugee and immigrant and expatriate. In the Venice airport, her first time this far west since the war started and her home country gained notoriety, the customs agent flipped through her passport, looked repeatedly at her Schengen visa, escorted her to a room to wait three hours, be questioned for two, and wait four more.

That was yesterday. Today she is sitting in the sun and treating herself to lunch at a fancy restaurant on the Grand Canal while the friend she is visiting is at work, and a smiling waiter is waiting for an answer to an innocuous question he asks all tourists.

At various times, she has been Spanish, Greek, Italian, Turkish, French, and Lebanese—anything where the women are known for being slender and sun-kissed and that isn’t too threatening. She has yet to be called out on a lie and doesn’t feel bad about it. Sometimes being honest is just too exhausting. But sometimes lying is, too.

It’s so hot that sweat is starting to soak through the silk fabric of her tank top. She lowers her sunglasses, ignores his question, and orders a spicy seafood pasta with red sauce. It is phenomenal when it comes. The intricacies of the dish play around in her mouth: coarse black pepper and crushed tomatoes, chewy mussels and tender scallops. Beyond the Grand Canal, through the Adriatic and out to the Mediterranean, she imagines fishermen dragging the mussels and scallops out of the clear turquoise sea by the netful as some people drift by on floats in bikinis, daiquiris in hand, and others sink to the bottom in clusters, clutching falsified documents; the watery horizon shimmers and shifts with wobbling waves, and first she’s over and then she’s under, over and under, again and again, existing in both lives simultaneously, and in neither. 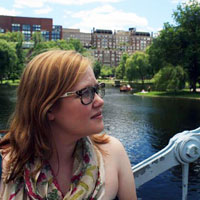 Caroline Swicegood is an American writer and educator living in Istanbul, Turkey.  Her fiction has appeared in Fiction Southeast, Bird’s Thumb, Prick of the Spindle, and several other journals, and her nonfiction has appeared in The Literary Bohemian.  She is currently working on a manuscript of connected short stories set in Venice.