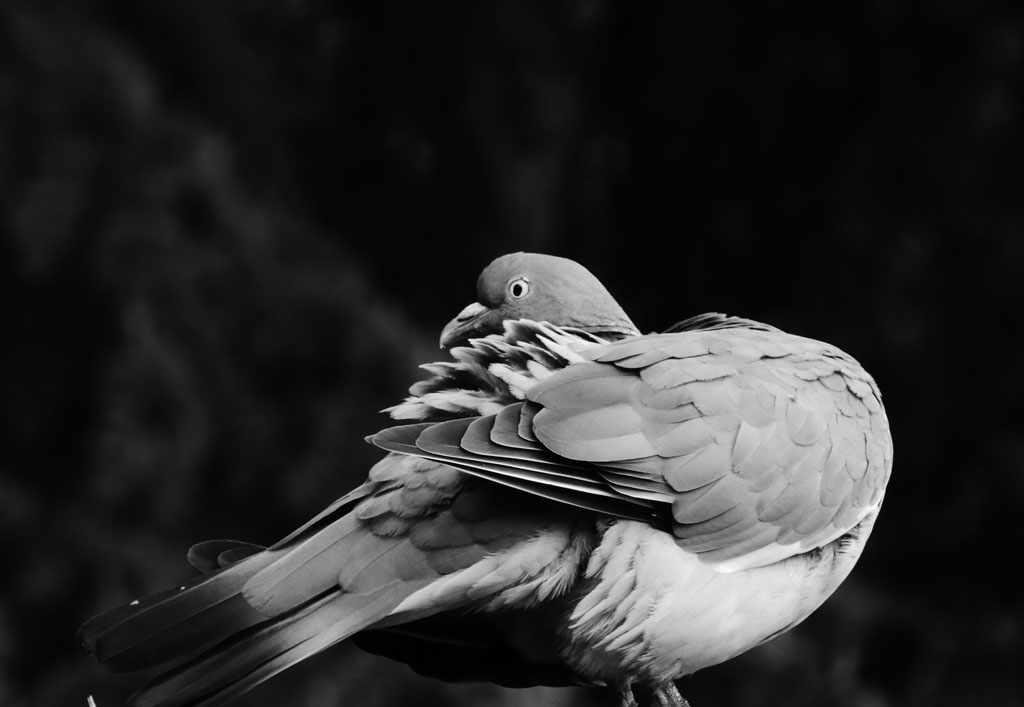 I’ve decided it’s pigeons, not squirrels or worse,
responsible for the ruckus—

pigeons and some kind of metal fencing,
chain link, jangling under what must be

a half dozen of them every morning doing
who knows what. Rabid copulation?

Is some perverse neighbor dangling feed
just out of their reach? Whatever it is, it finishes

for all of them at once. On turkey hunts,
my father liked to point out dust bowls,

having me kneel to see, his hand just
skimming the bowl’s lip, where a tom had rolled itself

clean, where the stiff-spined wing feathers
and hooked spurs had brushed and scored the dirt

as if needing to mark the place
red earth stops being earth.

He never wanted to disturb what they’d done.
He loved how he could see and not see

of revelry than actual sex: broad blue
and grey brushstrokes implying the pile of naked bodies

and the god they prop up,
drunk and potbellied, proud to the point

of glee at what he’s made.
That’s the story. But all I could see in the museum

was a figure contorted to wrench himself
from all that flesh, the groin

twisting into the distended gut, the hands
bearing down from tensed shoulders;

and on top, where the paintbrushes
must have been the most furious,

as a fistful of birds, birds in all their racket—

Lord knows where I’m from, we’d march out back
in the name of mercy and shoot them. 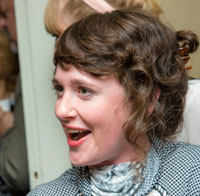 Anne Price was born and raised in southern Louisiana but now lives in the Pacific Northwest, where she enjoys hiking. Her poems have been published or are forthcoming in Poet Lore, SWWIM Every Day, and The Pinch. She has received scholarships from the Bread Loaf Writers’ Conference.