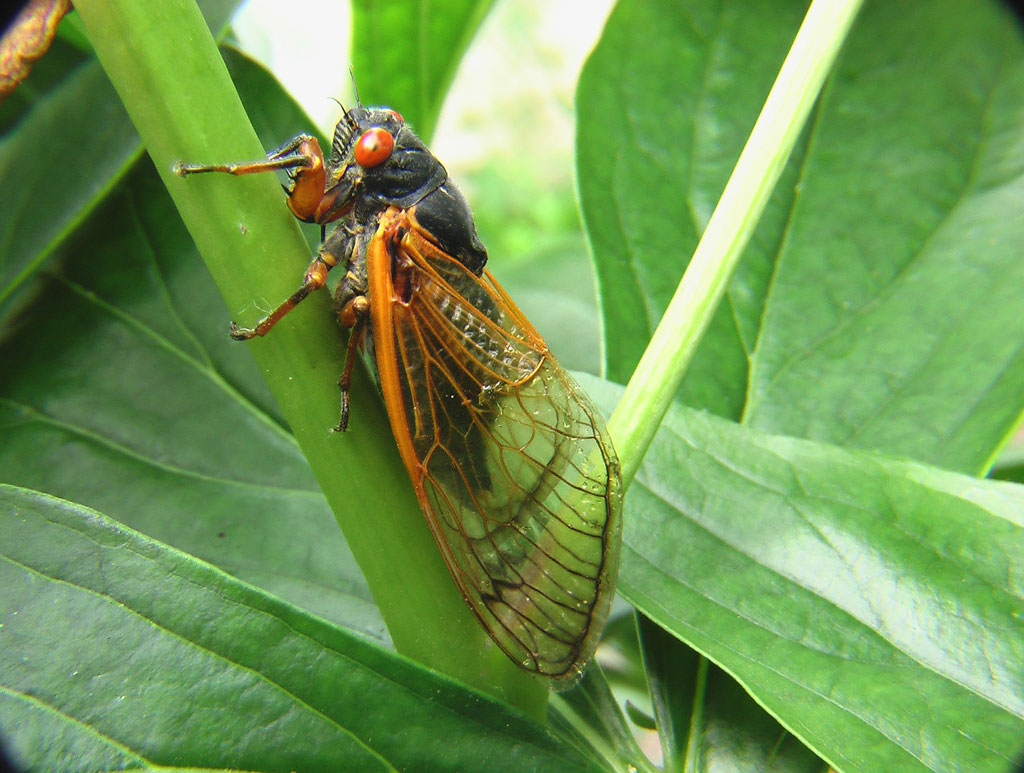 In the summer of 2016, the cicadas returned. More accurately, a new brood of seventeen-year cicadas, conceived and hatched in 1999, during the previous cicada summer, emerged. Underground, they’d slept undisturbed through the new millennium, the September 11th terrorist attacks, Hurricane Katrina, and our first Black president’s inauguration. The cicadas were suspended in time as if cryogenically frozen, but I grew—eight years old when the cicadas had last cried, and almost twenty-six when they reemerged. The cicadas had been unchanged by time, but I’d menstruated at thirteen, fell in love three or four times (I could never decide), graduated from college and graduate school, moved to West Virginia, and settled into what probably appeared to be a stable relationship with Jeremy, a kind, home-owning man who bored me to death.

That summer—like the cicadas—I, too, longed to burst from the earth.

In late May, my friend Emily and I visited our other friend Claire in Athens, a college town in southeastern Ohio. The cicadas had just surfaced. We’d met in graduate school several years before. Emily and I had moved away, but Claire remained, finishing her PhD and living in her bungalow nestled in the Athens hills. She rented the bungalow from a grizzled old man named Wolfie. He owned the Smiling Skull Saloon on West Union Street. The Skull had a reputation for being a rough biker bar, but Wolfie was a caring, attentive landlord. He gave Claire a jar of spiced peaches he’d canned himself. We ate them over buckwheat pancakes with honeyed goat cheese. He told her that if she ever found pot still growing in the garden, she could smoke whatever she picked. Wolfie had even offered Claire discounted rent if she agreed to be a barmaid at the Skull. She told me she was still considering taking the job.

Summers in Athens had always been sticky and slow, and this one was no exception. Although students graduated each spring and new wide-eyed, round-faced freshmen arrived to replace them, the town seemed largely unchanged since I’d moved away. O’Bettys was still the best place in town to eat a chili dog at 2:00 a.m. The same townies filled the bars I’d frequented, nodding at me when we locked eyes in passing. It was comforting—to be remembered even after I was gone.

For the past year and a half, I’d feigned enthusiasm with Jeremy, but now I began to recoil at his touch. He had no idea what he was doing in bed—how to make me shiver with pleasure. And I’d grown weary of trying to teach him. The last time, as I’d ridden him joylessly (for exactly five minutes), I knew I could never let him touch me again. And I’d begun to feel restless, enjoying the attention when I noticed men in the Athens bars staring at me. I knew I needed to break things off with Jeremy before he asked me to marry him and I said yes, simply because I didn’t know what else to do.

On Claire’s front porch, I swatted mosquitos and swigged from a bottle of cheap prosecco. A large tree across the street appeared to be dancing, its branches were so thick with throngs of red-eyed cicadas. I stared at the tree, mesmerized by the thousands of bodies, stunned by their raucous song. My own body seemed to buzz along with them; I felt their music in my bones.

“Why?” Claire asked. “I can’t think with all their noise.”

I joked that I admired cicadas because they struck me as the ultimate misanthropes, hiding underground to escape the world’s cruelty and noise. Clearly, Emily and Claire disagreed. “Well, they’re not here for very long, so I’m just trying to enjoy them,” I said, fixing my eyes on the cicada-ravaged tree once more. “They’re like magic.”

Emily shot me a look of disgust.

But cicadas were magical; their scientific name even confirms it: Magicicada. For a few glorious weeks, these cicadas would finally feel the sun’s warmth, alighting in the sky, and mating with hundreds of partners. And then they would die—some by bird, some crushed beneath an indifferent human’s shoe. The lucky ones would simply mate until they were spent from the great effort.

The tree across the street from Claire’s bungalow still swarmed with cicadas. In seventeen years, I knew I wouldn’t stand on this porch in Athens. Some other university student likely would, cheap beer in hand, and if the tree was still standing, perhaps they’d take in the spectacle as I had. I hoped Claire, Emily, and I would all still be in each other’s lives, even if we were divided by long stretches of highway.

On Claire’s front porch, I knew the cicadas would soon stop their singing, and I’d sweep their corpses by the dozens from my back steps in West Virginia. But beneath the ground, the next magic cicadas would slumber. This new brood will surface, as nymphs, in 2033. Emily, Claire, and I will all be in our early forties then. What will be the shape of our lives? Will we be professors, writers, wives, mothers? Will we be happy? Would I find the courage to break things off with Jeremy? The prospect of passing seventeen dull years with him chilled me. Under the merciless sun, my cotton dress clinging to my sweaty body, I felt properly alive for the first time in a while, as though I had just stirred—awakened red-eyed—from a seventeen-year-long sleep. 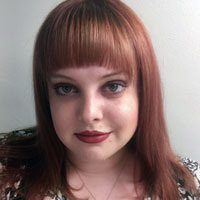 Kat Saunders lives in Cuyahoga Falls, Ohio, where she works as an assistant editor at the Kent State University Press. She earned her MFA in creative nonfiction from West Virginia University in 2018. Her essays have appeared or are forthcoming in Harpur Palate, Into the Void, Belt Magazine, and other publications.