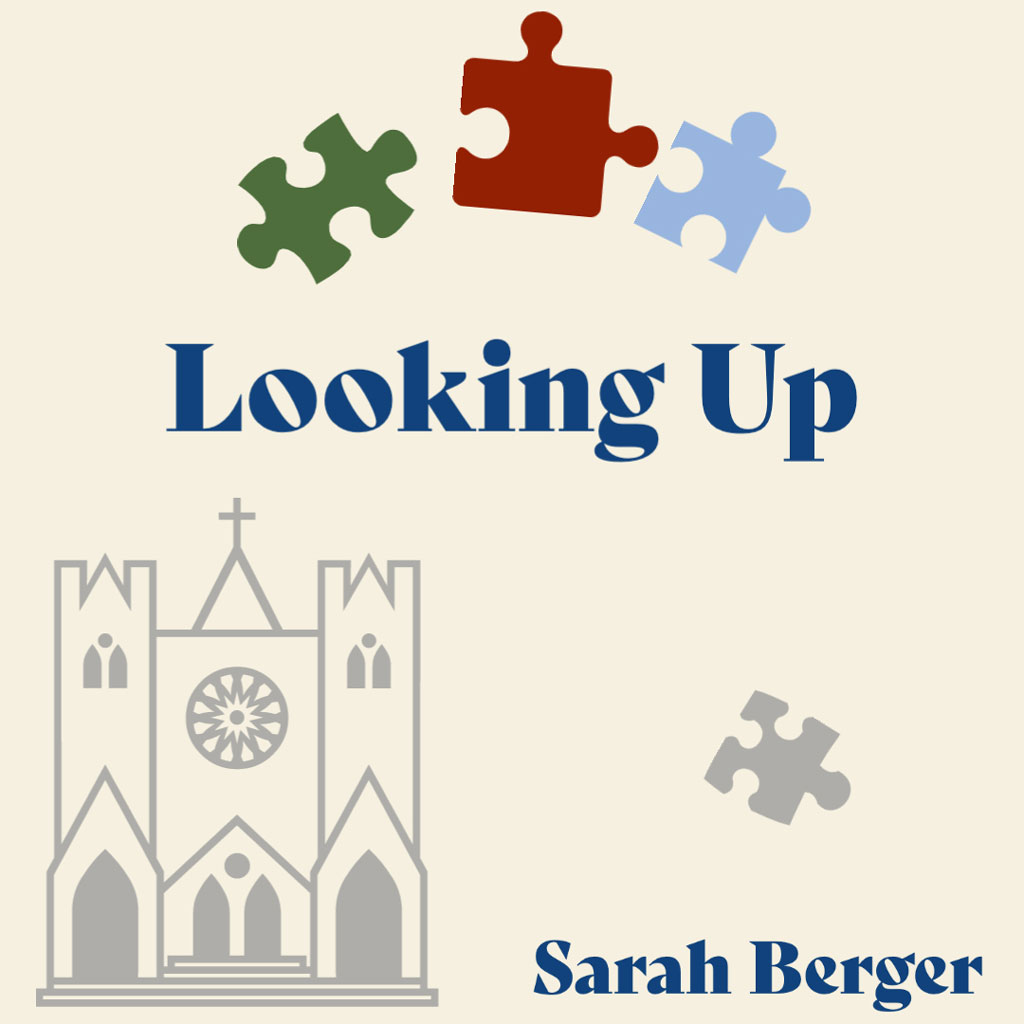 LOOKING UP
by Sarah Berger

One thing I did when I was twenty was fall in love with a Roman Catholic boy and get all confused. I was a half-Jew-half-gentile quasi-Lutheran atheist, led as in a trance to the burly God of Ceiling Paintings like a little girl in a gossamer nightgown. The boy was a convert himself, and his zeal was real. He tried to baptize me (baptise; he was British) using the water pitcher in his college dorm room. He cited doctrine. I said no; I hadn’t gone completely off the deep end of the holy water pool. But I did cherish plans for baptism, someday, in my already-flayed heart.

Another thing I did when I was twenty was rise early, brush my teeth in the cavernous bathroom of the 1964 Rome-Olympic-village-turned-youth hostel, dress and pack and leave with a hunk of unsalted bread in my hand, and hasten to the Vatican Museums. I shuffled with the crowd through room after room of staggering opulence, all as prelude to the best room of all, the Sistine Chapel.

I knew the Sistine Chapel was a big deal, but when I summoned thoughts about it, all I really pictured was Michelangelo in the act of painting it: wearing some sort of burlap poncho, yelling at his assistants, getting paint in his eyes and a great stiffness in his neck. I didn’t know that the recently restored colors would flow in saffron and cerulean waves; that the portraits of prophets and sybils and the scenes from Genesis would play like the arias and choruses of Handel’s Messiah; that it was so full of living, fighting, striving people, so full of thigh meat and flippy little penises and women with fantastically muscled arms and shoulders. The prophets and sybils wore the faces of a dozen grouchy uncles and disappointed aunts at Thanksgiving or Passover. They made me think for the first time about the terrible loneliness of prophets. My group was ushered in and allowed fifteen minutes of astonished communion. Then we were ushered out.

When I was in my forties, I revisited the Sistine Chapel. It happened during the coronavirus pandemic, during the interval between Christmas and New Year’s. I found myself toiling over a one-thousand-piece jigsaw puzzle, one of a series of famous paintings. Neighbors had exchanged some puzzles via porch-drop some months before, and I’d ended up with this one. Work took a break, school took a break, and I took a break. I lacked the intellectual energy for a new knitting project or even for watching a new TV series. So I opened the box and began staring at tiny puzzle pieces.

I didn’t know I needed to see my heavy-hearted friends Joel and Zechariah once again, and all the bizarre cruelty of the Old Testament God who created and then punished humankind, and dared Abraham to cut off his son’s head, and sent a fish to swallow Jonah (who faces his fate with bravura foreshortening). All while lads and lasses with finely-turned ankles and tennis-pro hip flexors cling to trompe-l’oeil plaster and gawk and giggle and gasp. It is such a deeply weird work of art. And the weirdness drew me right in. Michelangelo, as usual, shows us worse suffering than our own, deeper despair than our own. Even the rampant nakedness—all those sassy babies and imps and tennis pros—gave me something approaching gratitude for the numbing rotation of hoodies I lived in night and day that winter.

I still check in with the Roman Catholic boy. We’ve video-chatted every few weeks since we’ve been in isolation. He’s still Roman Catholic; I’m once again a half-Jewish half-gentile quasi-Lutheran atheist, after a good run at clinging to the rock face of faith. Maybe it’s a ceiling. Maybe it’s only easy to cling to it when you’re paint on plaster, when you’re sitting on a plinth with a scroll in your lap, and nothing ever happens to you but five hundred years of stunned faces staring up at you. Conservators have always wished those staring faces were wearing masks, because their breath is slowly killing you. But you love them (even their breath) because, somehow, you still love humanity. 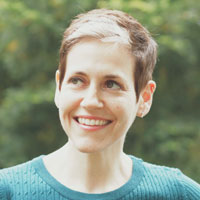 Sarah Berger is a writer and classical singer living in Baltimore. Her essays and stories have been published in Prometheus Dreaming, Shards/Glass Mountain, Big Whoopie Deal, Passengers Journal, and The Nasiona. She is writing a novel about a cohort of music students graduating in 1965, and she’s currently in the University of Baltimore’s MFA program in Creative Writing and Publishing Arts. More of Sarah’s writing can be found at www.sarahbergersoprano.com/writing.