INDIVIDUATION, IDENTITY, AND THE PARENTHETICAL
by Toisha Tucker

My conceptual works provide a foundation for introspection of the self and the other. They are distillations of ideas transformed into controlled environments or objects. Through text, sound, photographs, paintings, and immersive installation, I ruminate on literary modernism, magical realism, and the notion of benign indifference. Or I offer thought propositions to the viewer—some declarative, some open-ended—that are platforms for questioning or thinking more broadly about the social constructions we have come to accept as truths.

Ultimately, my works are traces of thoughts and the interplay between the accepted realities and constructions of the spaces we inhabit and my own abstracted perceptions of them. Each work manifests my exploration of memory, time, and place while seeking to universalize the personal. Through my conceptual work, I continue to explore the landscape of my memory and my preoccupations with the malleability of language, history, literature, and epistemology. 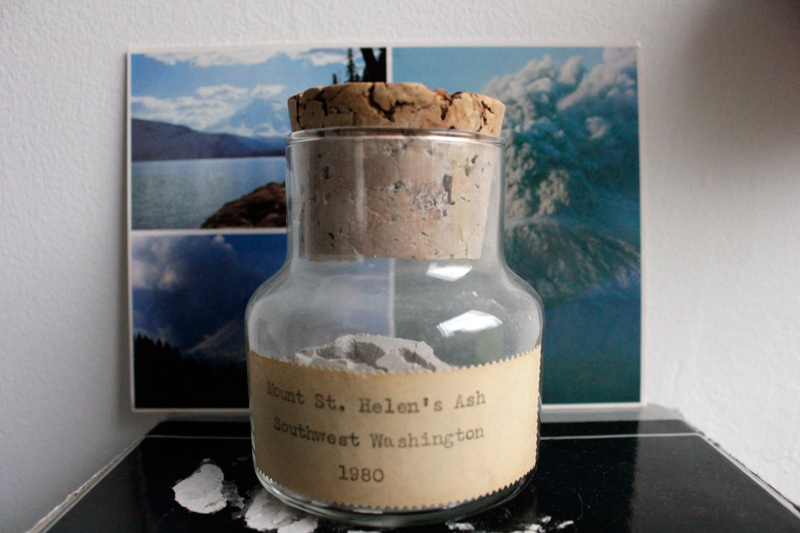 Ash is a body of work that explores the pseudo-myth of my birth: I was born on May 18, 1980, the exact day that Mount St. Helens erupted in Washington State. Ash from the eruption settled across much of the Northwest and in one isolated pocket across Oklahoma, falling over my birthplace, Tulsa, during the first days of my life. Ash consists of three components: 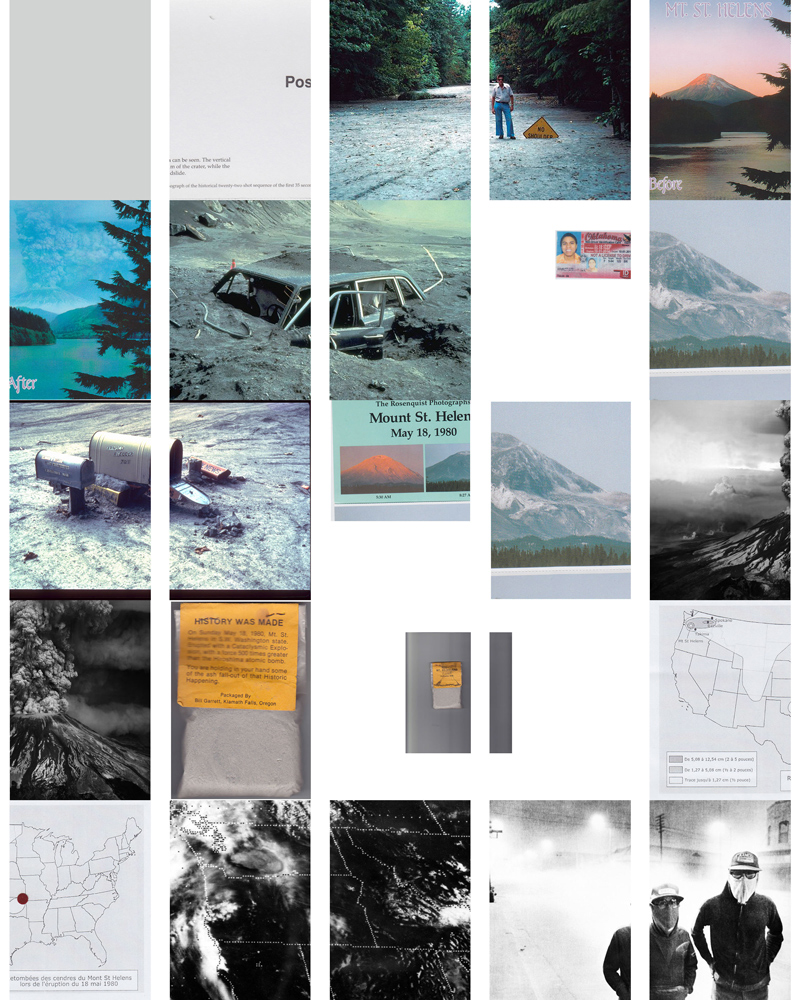 Ash is ultimately about how my uniqueness is affected by those individuals that enter the space during the hours that the ‘ash cloud’ is in the air. I posit that my birth myth makes me unique. By recreating the opportunity to participate in that uniqueness for the participants, those who inhale or choose not to inhale the ash, I beg the question of who is the interloper and who is not. Who is affecting whom in this gesture? Is my uniqueness affected by someone else’s inhalation? How so? And what of the boundary of individuation, if any, formed between the group of individuals who inhale the ash and the larger group that exists that has not?

Clothes|Lines
My grandmother used to warn me that if I wore other people’s clothes, I would become them. In Clothes|Lines barcodes of identity the wardrobes of three individuals have been photographed and will be turned into ‘barcodes’ representing each identity. I am exploring clothing as a manifestation of both how we see ourselves and convey that with our clothes and how we are perceived and remembered and judged by that clothing. The ‘barcodes’ are then projected and the participant is afforded the opportunity to ‘wear’ the clothes—to have the lines engulf their body and to fully ‘become’ another individual. 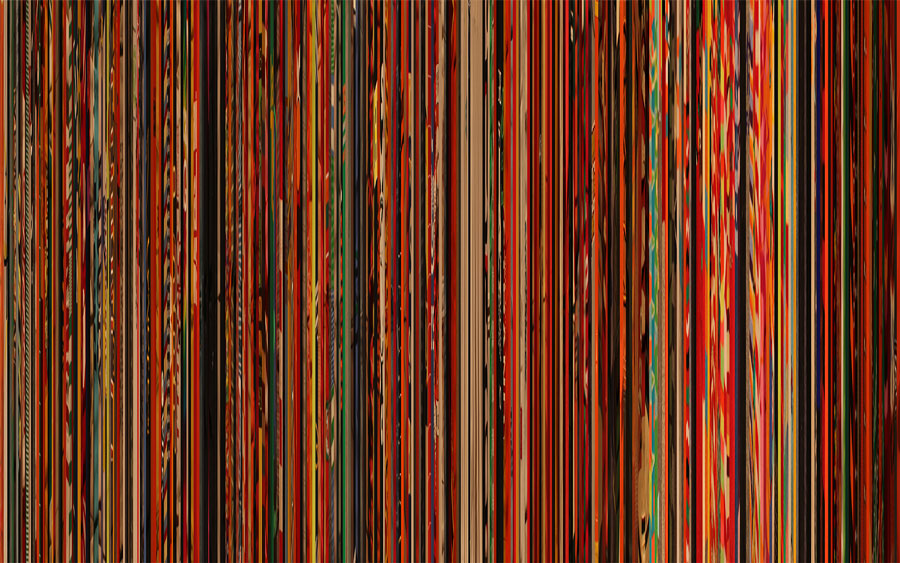 [time passes in the parentheses.]
The text piece [time passes in the parentheses.] is after the ‘Time Passes’ section of Virginia Woolf’s novel To the Lighthouse, in which life is subordinated to parenthetical notations interspersed among a description of a house being closed for the season. This piece seeks to reinvest the parenthetical moments—the living of our lives—with meaning while dually acknowledging that perhaps our lives are simply insignificant notations of the passage of time. There were seven parentheticals placed throughout Philadelphia in April of 2013. 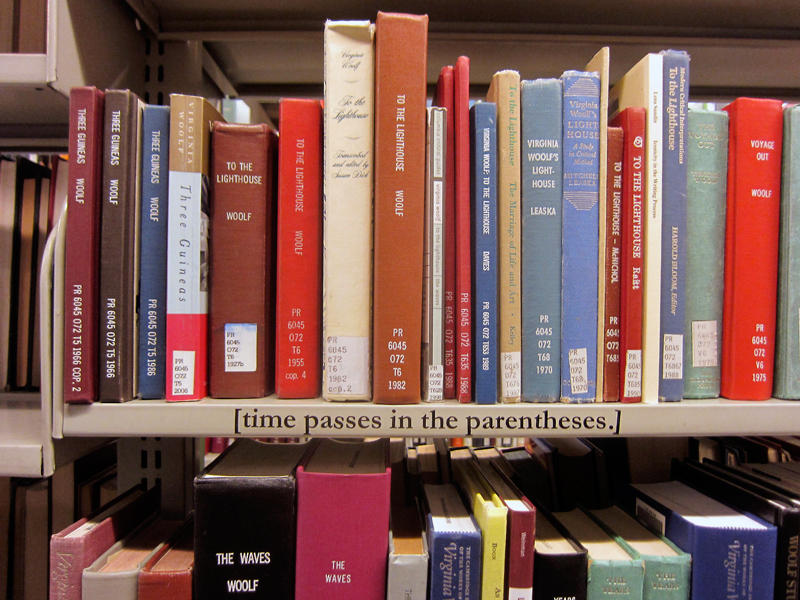 I started this piece, Lines of Demarcation, the first day that I began working in my studio at the beginning of my second year at PennDesign. Each line traces the light and shadow through a southern facing studio window at the moment of my departure from the studio on days that I made something. It could be from sunlight, moonlight, or streetlight. The title is a historical reference to Portugal and Spain and the worlds that lay within the known and the unknown and choice and fate and finiteness. It represents the typography of making and the moment when the making ceases. 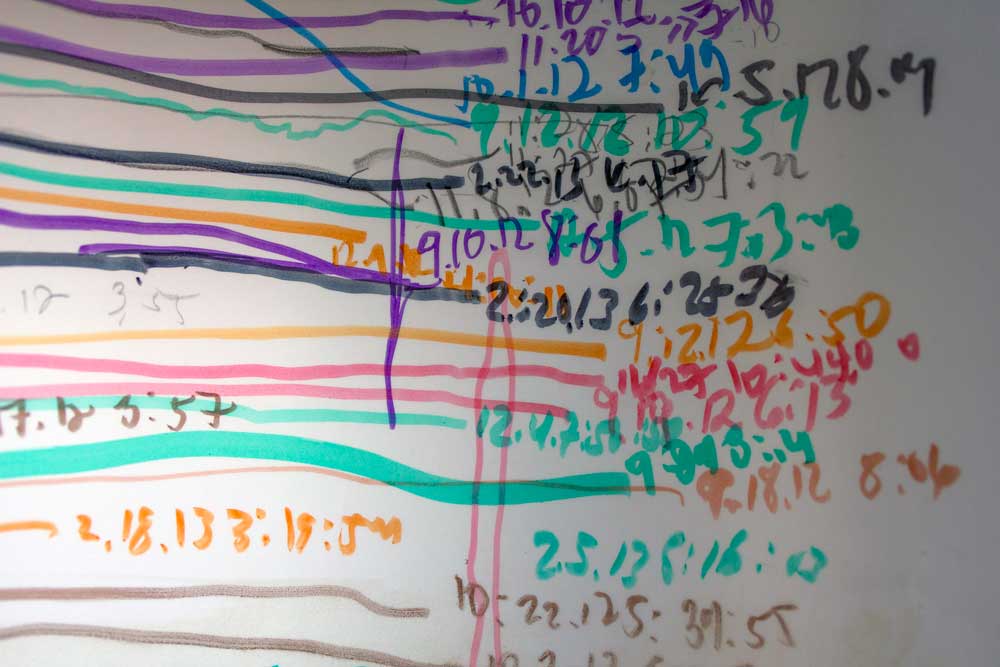 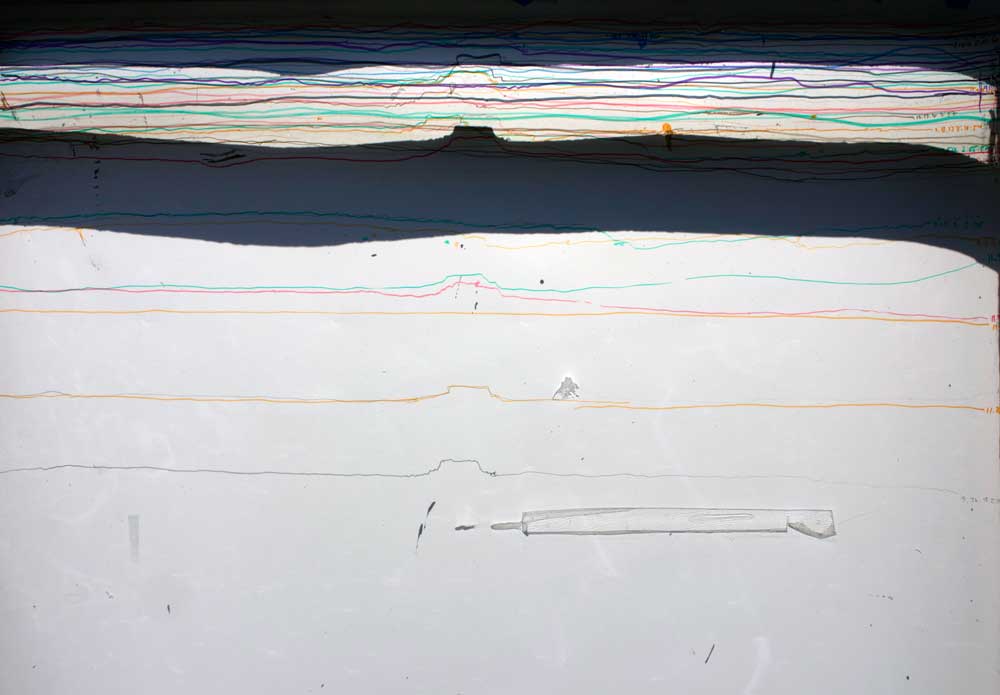 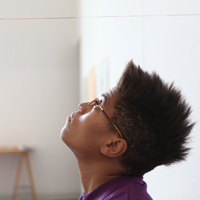 Toisha Tucker is a conceptual artist, painter, and creative writer. She received her BA from Cornell University in 2002 and her MFA from PennDesign in 2013. Her work explores language, literature, history, and epistemology and how one can engage them in knowing and re-contextualizing time, place, memory and social construction. She recently completed an Affiliated Fellowship at the American Academy in Rome and you will next be able to see her work in Art in Odd Places 2013: NUMBER street festival October 11-20 in New York.