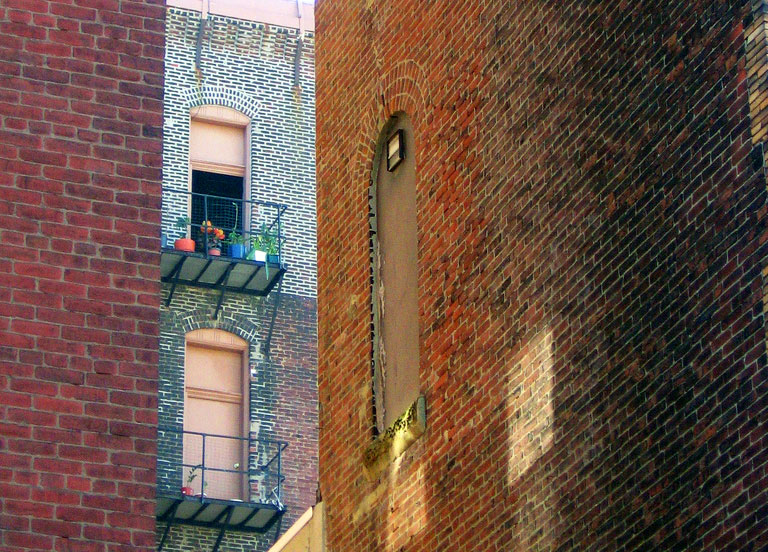 IN THE MEWS
by Nicole Callihan

Two feuding gardens are thought to be responsible for the most recent blooming. According to the rain, in late summer, a band of tiger lilies recruited a pack of peonies, and those peonies, comely as they seem, have been holding stamens against the backs of wandering clouds. I’m ashamed to admit that I don’t really notice when things blossom on the other side of town. In my tidy neighborhood, I tend to my little potted plants and sing them well, hardly ever forgetting to water them. Nights, I wipe their leaves with a soft, clean towel. It’s true what they say about talking to them: my baby gets bigger and bigger, flush and blush; the window crowds with her brush. I had thought my street so safe, my safe street, I might have called it, even though it is a city street and not even country roads are safe, what with their rocky turns and sandy hooks. Neighbors say they heard the blooming but decided it was just a truck. Me: I sat on the corner seeking solace from the concrete and stuffing petals into the little prayer pockets of my mouth. 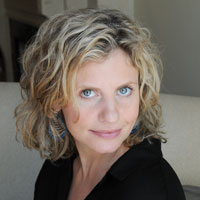 Nicole Callihan writes poems, stories, and essays. Her work has appeared in, among others, The L Magazine, Cream City Review, Forklift, Ohio, and Painted Bride Quarterly. Her books include the 2012 nonfiction Henry River Mill Village, a documentation of the rise and fall of a tiny mill village turned ghost town in North Carolina, which she co-wrote with Ruby Young Keller, as well as SuperLoop, a collection of poems published by Sock Monkey Press in early 2014. Read Anna Strong’s review of SuperLoop here.