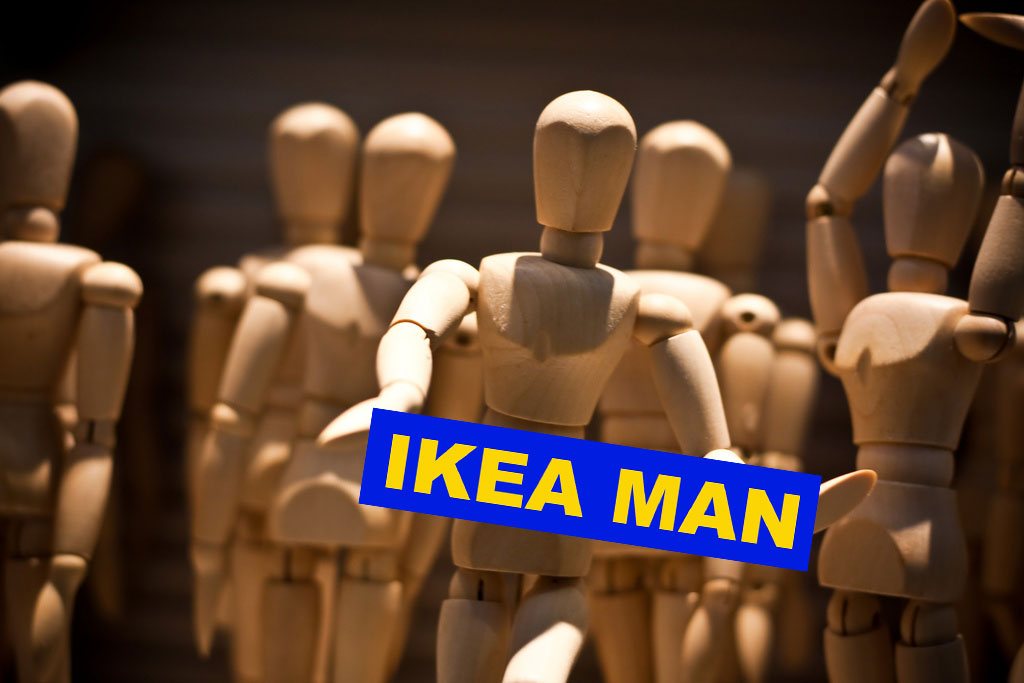 It started out as a joke in the warehouse. You could buy and build anything you needed for your home at IKEA, at least that was the corporate strategy behind all the useless knick-knacks that made it hard to pack the boxes. It was only a matter of time before they started doing people, they said. What good was your dream kitchen without a dream family to sit around on the INGOLF chairs you’d built yourself and praise your cooking? Surely IKEA could produce a model that was more durable, less flammable than your ordinary family, less likely to be annoyed when you let the jam spill over the side of the jar and then stuck it back in the fridge so that globs of fruit smeared all over the shelf.

It wasn’t long after the higher-ups recalled the LATTJO bat cape. Annika, Gudmund, and Martin had finished their meatball lunch in the warehouse, and they were bored. They were tired of the meatballs, too, but that was what was provided by the company, and none of them ever remembered to bring sandwiches from their home kitchens, furnished at IKEA.

None of the usual amusements seemed like any fun. Going through the boxes and pulling out one screw from every shipment or scratching the fronts of wardrobes or shuffling some of the small items between boxes—all of these normally delightful activities seemed dull today. There were only a few orders to pack up, but if they did that, then people would start to expect their furniture to arrive quickly, and all would be lost.

“Let’s make the IKEA man,” Annika said, wiping cream sauce from the corner of her mouth with the hard edge of one of the cardboard boxes. “The one we always talk about.”

They rifled through the shipments, taking a piece of medium-density fiberboard here, a nail there, until they thought they’d ruined enough orders to get started on their man. If he was to be a true IKEA man, he had to be easily assemblable. “No complicated joints,” said Martin. “Just the obvious parts to make it clear he’s a human.”

This began a complicated philosophical argument about what it meant to be a man, but when the dust had cleared, they had a round piece of fiberboard for a face, a tapered pine body to which they could attach all the other pieces, and a few ambivalent limbs of acacia and beech. They routed down the parts of him that had to meet the other parts of him, added pilot holes, and assembled the screws. He was perfect. They felt like God himself.

Gudmund said, “Let’s send him to the person who got the most boring order.”

“I have a MALM bedframe here,” Annika shouted.

“This one’s a BILLY bookcase and a NYFORS floor lamp,” Martin said, clawing at one of the boxes.

“Good God!” said Gudmund. “That’s the winner. Replace the NYFORS with our man.”

And once they’d packed off their man to his new home, they went back to work, singing and banging things off the pallet jacks happily.

It wasn’t easy to tell what the thing in the box was, but it didn’t take a genius to distinguish it from a floor lamp. Rasmus startled himself by continuing to build what was so clearly not his NYFORS lamp, but after the first moment of cardboard scraping away from cardboard when his stomach curled in on itself in anger (having already waited for his shipment two weeks longer than he’d been promised), he became very curious about this unusual assemblage that had contaminated his order.

When the IKEA man was whole, Rasmus stepped back and stared at him for longer than it’d taken to build. It was so clearly a man, even though Rasmus wasn’t sure if he’d made the legs the arms and the arms the legs. Or one and one. And he hadn’t had a man in his apartment in a long time. A few women, certainly, in and out after he cooked a breakfast of rye toast and boiled eggs, which he sliced in his bright yellow SLÄT egg slicer, or even sometimes women who came and went for months at a time, forcing him to add more variety to his breakfast menu, but men never made their way up the spiral metal staircase.

He worked from home, and he’d never been so good at male friendship. And that was all right. The women provided companionship without invasion, and his mother was always up for a visit when he wanted to get out of the city. He refused to believe that there was anything pitiable about a man without any real friends when he had permanent love in Fjällbacka and temporary love here when he wanted it, too.

But the IKEA man invaded before Rasmus could guard against it. He sat across from Rasmus at breakfast, and he sat by the gas fire at night, while Rasmus read on the ÅDUM rug. Rasmus set up the man with his legs outstretched, working his pine bottom into the macaroni tufts of the high, off-white pile. When the IKEA man lost his butt-hold on the carpet and his fiberboard head tilted into Rasmus’s lap, Rasmus felt a swift, sick swoop through his guts and put his arm around him. Rasmus didn’t consciously carry him from the LANDSKRONA armchair in the bedroom—where he’d set him up with a book of Bo Carpelan poetry the evening before—to the bathroom—where he let him examine himself in the GODMORGON mirror while Rasmus shaved. It just happened. Rasmus even forgot to buy a new NYFORS lamp or to get a refund.

Annika, Gudmund, and Martin spread the word that they had taken the work of God into their and IKEA’s hands. They couldn’t tell their supervisors, so it wasn’t something you could order officially, but people came round the back of the warehouse, shuffling their feet, looking embarrassed, and finally asking for the IKEA man.

Annika, Gudmund, and Martin refined their model. They added hands and feet and even a spiky fringe of medium-density fiberboard for hair. Then on the next one, they made more complicated joints, so the wooden limbs could bend at the knee and the elbow. Soon there was a sizable population of IKEA men across town, and it was common to hear phrases like, “Hold your fork properly, the way the IKEA man is doing,” or “I swear, one more night like that and I’m throwing that boy out and buying a second IKEA man.”

They had five models now, and Rasmus ordered all of them, but none were any match for his first. He disassembled the new ones quickly, but didn’t return them. His IKEA man might want company at some point when he, Rasmus, left the city. Except Rasmus never left the city anymore. His mother kept calling to invite him to Fjällbacka for Easter, and he knew he should go, but somehow he didn’t want to this spring.

“You can move Hjalmar,” Rasmus told a woman, who was looking like she wanted the IKEA man’s JOKKMOKK chair at the JOKKMOKK breakfast table, and he realized that he had named the IKEA man a long time ago, although he’d never given it breath. He congratulated himself on what a perfect name Hjalmar was.

He never saw that woman again. In fact, he became unsatisfied with female companionship altogether. He started sleeping with men, but again, it wasn’t what he wanted. And in the end, Rasmus decided that he was a truly lucky creature, because he wanted just exactly what he had: an IKEA man. 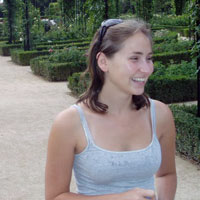 R.M. Fradkin studied fiction writing with Bret Johnston and Amy Hempel and has previously been published by Cherry Tree, Theaker’s Quarterly, and Bradburyesque Quarterly. Recently, she had residencies at Art Farm in Nebraska, Hypatia-in-the-Woods in Washington, and the International Writers and Translators’ Center of Rhodes, and was Writer-in-Residence at the Anchorage Museum, where she finished her first novel. She is also currently affiliate editor at Alaska Quarterly Review.