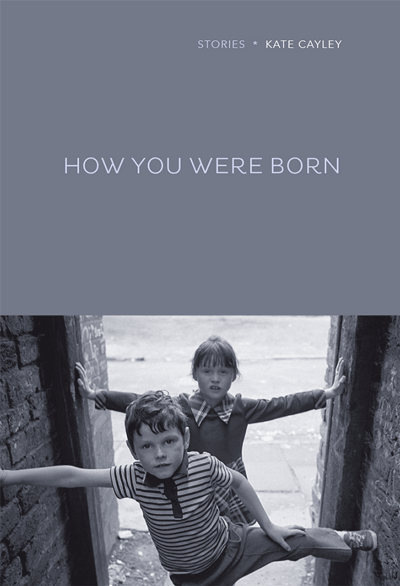 HOW YOU WERE BORN
by Kate Cayley
Pedlar Press, 152 pages

Years ago, I was lucky enough to take a fiction writing class at Penn with the late, great cultural critic John Leonard. I was reminded recently—while reading Kate Cayley’s remarkable short story collection How You Were Born—of a story he told our class. A year earlier he met with his friend Elie Wiesel for lunch and coffee at a diner on the upper West side, and Wiesel appeared distraught. His wife was pregnant, and Wiesel felt miserable about the idea of having a child. He didn’t see how he could possibly bring a child into a world where the Holocaust is possible. A year later, shortly before our class, they met again. This time Leonard found Wiesel already there, at the same table, but his demeanor was completely changed. He stood up and greeted Leonard warmly. There wasn’t a trace of distress in his manner. When Leonard sat down, Wiesel handed him a huge photo album to look through, sharing what seemed like hundreds of photographs of the new baby.

How You Were Born is an archive of anxiety. In the story “Young Hennerly,” Robert Browne gets out of being drafted to Vietnam by being a student of American folklore. His work involves interviewing older people from around the country and collecting their stories. He’s heard many times variations of the story Annie Reardon tells him. As a girl she was warned to stay away from the men in the trees, and especially the dangerous man who lives under a great rock. That man is so hungry, the story goes, that if he sees you he might eat you! Something about Annie Reardon’s telling spooks Robert Browne. When he drives past a huge rock and a man materializes out of nowhere at the side of his car and looking for a lift, it’s clear that our inner worlds hold fears that can’t be escaped as easily as the draft.

There is plenty of danger and darkness in How You Were Born. The narrator of “Blind Poet” might be providing a blueprint for many of the stories when she says, “A stranger arrives, pounds on the door, or shows up at the foot of your bed; you ask them in, even if they are soaked with rain, battered by wind, and dangerous, even if they are worse than dangerous.” 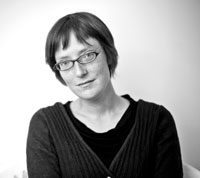 My favorite story in the collection is “Acrobat.” Here Cayley introduces eleven-year-old Zoë, who has plenty of reasons to feel sorry for herself. Her family has recently moved, she’s bored, and she’s stuck sharing a bed with her bed-wetting younger sister. But Zoë is curious about a workshop and Circus Festival taking place in her local park. When she attends, she has a transformative experience. A man with a dragon tattoo who runs the workshop chooses her for a demonstration. When he hoists her into the air, the feeling of weightlessness and freedom amazes her. Later, when she returns to the park for the Festival, the dragon man doesn’t recognize her. But this rejection doesn’t have quite the sting it might have: during the performance, Zoë again feels lifted by the beauty of the acrobatics. In this story, it’s as though Cayley is showing us that desiring connection is not as dangerous as it might seem; Zoë’s feeling of uplift isn’t dependent on being seen by the dragon man.

The center of gravity of How You Were Born is the decision to have a child. Molly and Robin, in the stories that frame the collection, make this decision—but they approach it quite differently. Molly is ready, at ease, desiring: “She wants this more than I can imagine wanting anything.” Robin is not similarly at ease. As she describes, “I’m superstitious—it seems too easy, leaving me feeling we have pushed our luck. As we board the plane, I worry that the catch is coming.”

One catch that neither Robin nor Molly could have predicted is that Jake, biological father to Robin and Molly’s daughter, dies. In the first story of the collection, Robin, Molly, and now ten-year-old Emma, drive to visit Jake’s mother. “What should Emma call her?” Robin asks. They don’t have the vocabulary to describe the relationship of their daughter to their friend’s mother, but by the end of the story a connection becomes literally visible. All the women see Jake in Emma. The narrator of another story voices a feeling common to many of Cayley’s characters: “We are so tenuously linked that nothing holds us.” Molly doesn’t think Emma needs a name for Jake’s mother. Still, the visit to Jake’s mother suggests the possibility of expanding rather than constricting our ideas about how we are connected with other people.

In the end the book is Robin’s. The stories put flesh on the bones of her anxieties, superstition, and dread. It’s as though the stories express the many forms of fear she feels ahead of becoming a mother. Cayley shows us, in How You Were Born, that the impulse to collect and then work through anxiety imaginatively is important and powerful. The final story, “How You Were Born,” provides the perfect ending to the collection. This story goes back in time to allow Robin to give an intimate account of the important trip out to visit Jake, to conceive baby Emma. There’s still plenty of anxiety in the voice. But it’s as though an archive has been completed and by documenting these different forms of our collective fears we can contain them, and let them go.