HANDLING THE TRUTH: ON THE WRITING OF MEMOIR
by Beth Kephart
Gotham Books, 254 pages 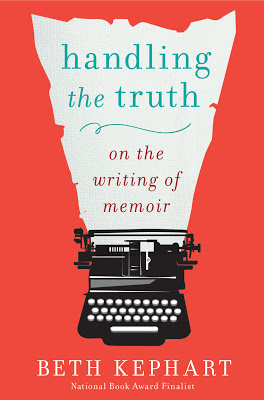 It is a rainy Tuesday in January and I lace up the new cherry-red boots before heading out the door of my warm little warren. Through the stone-laden campus, across the slippery streets of town, and onto the train that will take me into the city. I am in my final semester as an undergraduate student at Bryn Mawr College and I still have not learned to buy shoes that fit my feet — I dig into the walk through West Philadelphia, burdening myself with blisters that will not heal until the first flowers have shed their petals to spring. Stumbling onto the porch of the old Victorian manor, I step into the most challenging, inspiring, and rewarding fourteen weeks I’ve yet experienced: I step into Beth Kephart’s Creative Non-Fiction class.

Flash forward one and a half years later and I am standing on the back steps of my first apartment, wearing shoes that (finally) fit and hooting jubilantly at the tiny brown box in front of me. I hug the cardboard to myself as though I could absorb the details of its journey osmotically and greet it with as much euphoria as though it were a friend returning from a far off journey. But I suppose that’s exactly what Beth Kephart’s Handling the Truth: On the Writing of Memoir is: stories of both the familiar and strange, a chance to learn through another’s experiences, and an invitation to have our own unique adventures while meditating on the specialness of times we have already put to rest.

Handling the Truth is not a manual on how to write memoir. That would be like telling an over-eager high school student the secret to getting into the college of their dreams—there is no way other than to be honest and try. Kephart is a warm narrator, writing in an inviting tone that welcomes the reader to freely pose questions and make discoveries of their own through her detailed discussions on form and the importance of staying true to one’s own story line. As readers we are transported to Kephart’s class on the corner of 38th & Walnut, welcomed to sample the contemplations of countless students she has advised within this wood paneled classroom. “Try this,” she seems to say when presenting an exercise of listening to music and writing about a conjured memory. “Maybe this will work,” she offers as she suggests photographing something intriguing, only to zoom in and write about a detail previously unnoticed. 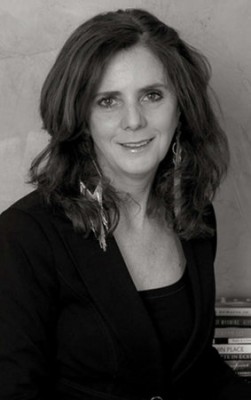 Kephart speaks to the reader as though she were physically present, posting open-ended ideas of how to begin the act of writing memoir and concrete lessons on how to successfully approach the craft with the honesty and dedication it deserves. “Memoir is not a lecture, a lesson, a stew of information and facts,” she writes. “Memoirs illuminate and reveal, as opposed to justify and record. They connote and suggest but never insist.”

The reader is questioned, probed to find the meaningful in the mundane and the motive behind their own story. Perhaps the act of recalling memories through taste or smell will do the trick, or maybe a excavation into the deep dark crevices of messenger bag to determine the most meaningful item. These theories require the reader to be an active participant in their own experiences rather than simply a bystander. We as readers are asked to think and feel, and then to ruminate further on what makes us comfortable as well as discontent. We are pushed, not to our breaking point but rather to a heightened sense of personal awareness, one that is able to see and feel in a manner previously unattainable. We meet, with the help of Kephart, a new self.

Kephart presents an assortment of authors to the reader, much as a hostess shares a variety of delectable dishes, and the reader is asked to sample each before determining what it is we find inspiring. We are offered the ultimate movable feast, with the alternating memoirists Kephart cites serving as the structured courses meant to satiate our readerly palette:

Tastes are pathways, then. They lead us toward a story. But a meal—or a kitchen—can do even more than that for us…We eat, and we recall our past. We cook with others, and other stories percolate between the chopping and the stirring. We watch someone we love making a meal we hope we won’t forget, and something happens to us, connections are made.

As readers we devour words, sampling in search of satisfaction and finding bits of ourselves between the meaty morsels of this alphabet soup. From Geoffrey Wolff to Mary Karr to the wide eyed undergrads from around the country that have studied with Kephart, the reader is left upon concluding Handling the Truth with a comfortable fullness and a desire to create something of their own.

Before concluding with an annotated list of suggested reading, Kephart muses on one specific question her students often pose: “Aren’t you tired of memoir yet?” She assures us that no, she is not tired. That memoir itself is never vanquished so long as we continue having stories to tell. We are all teachers while still remaining students, holding the ability to maintain an openness to learn and a willingness to accept and encourage others to do the same.

And that is just what Beth Kephart does while taking us on this beautiful 254 page journey: she teaches while listening to the pages turn beneath the readers’ fingers, allowing us to find parts of our own stories between the margins, underneath the dog-ears, and deep within ourselves.