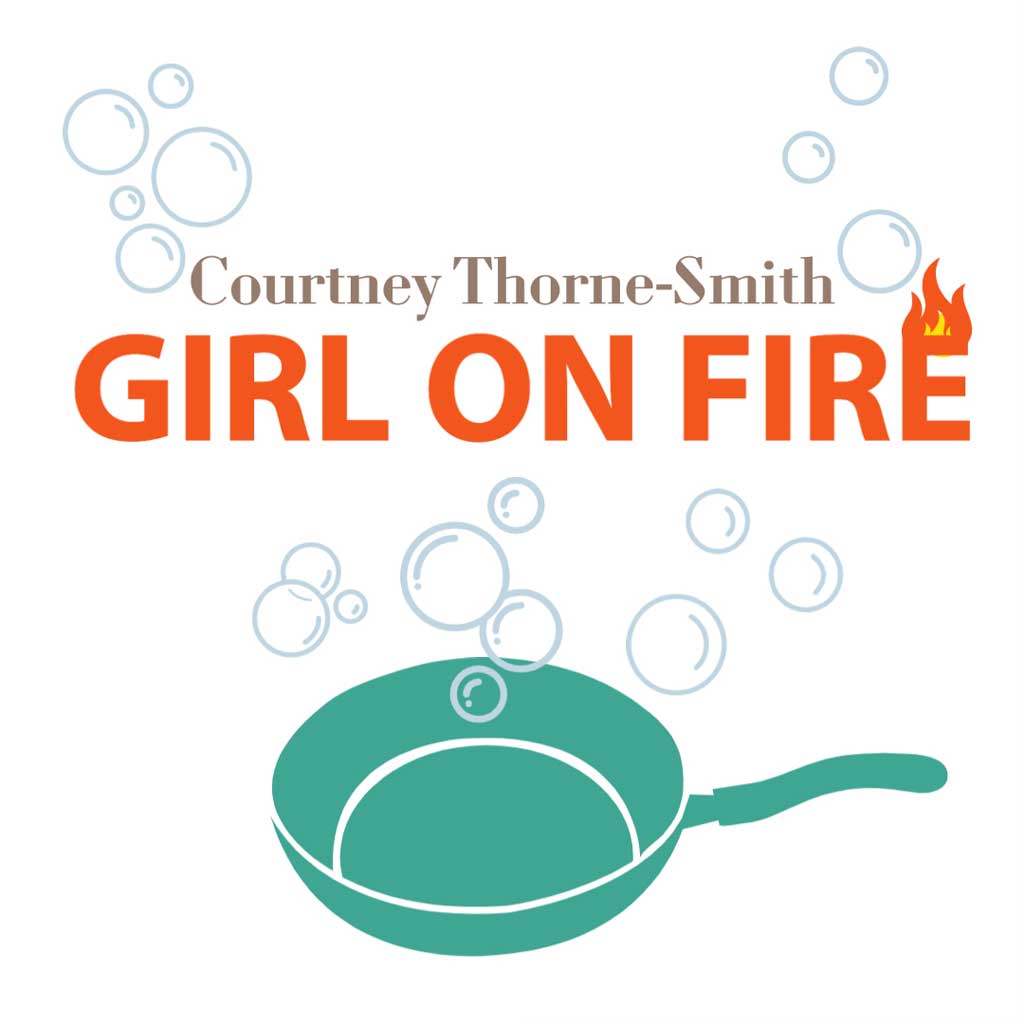 GIRL ON FIRE
by Courtney Thorne-Smith

She is bent over the sink. The ends of her long dark hair dip in and out of the bubbles as she circles the sponge slowly over the already clean pan.

“Nothing,” she says, watching a single tear drop into the sink and disappear under the soapy water. I’ll have to remember this feeling, she thinks, in case I ever need to play a woman with a broken heart. As an actress, only half of her attention is ever in her actual life. The other half is watching, directing, mining moments to use later in her work.

“I can tell something is wrong, Juliet. Just tell me.” He reaches over her to take a glass from the drainer. She flinches when his chest brushes her back. “Really? I can’t even touch you now?”

“Just now? When my chest touched your back for a split second? Really?”

“No, you hurt my feelings when you said I was stupid.”

“I said you were acting stupid.”

He sighs loudly and crosses to the freezer to pour two fingers of vodka. “I can’t have a conversation with you if you’re not going to be precise.”

“Fine,” she says through gritted teeth. “It hurt me when you said I was acting stupid.”

“That’s better,” he says, a smug smile spreading across his handsome face. She feels for the cast iron skillet in the drainer behind her. She could wipe that smile off his face with one swing. No jury of women would convict you, her girlfriends always say. They also offer to bury the body. She is lucky in her choice of friends.

He crosses to the table and sits down. “Now, why don’t you come over here and we can talk like adults.” He pats the chair next to him like he’s calling a dog.

“Come on, sweetie. Don’t be petulant.”

“I’m not being petulant, and please don’t call me pet names when we’re fighting.”

“Is that what we’re doing here? I thought we were just talking.” With a smile, he adds, “Sweetie.”

Her grip tightens around the handle. “I’m just trying to tell you that you hurt my feelings.”

“No, that’s not what you’re doing, and you know it. You’re blaming me based on incorrect facts. And you know what? That hurts my feelings.”

“No. Stop it.” He jabs his pointer finger at her then downs the last of his drink in a single gulp. “You do this all the time. You get upset about something I never even said and then expect me to apologize for it. I won’t. I won’t apologize for something I didn’t do.”

She takes several deep, shaky breaths and says, “You called me stupid.” She can hear how small her voice sounds, and she hates herself for it.

He slams his hand down on the table with a loud BANG! Then he is up and moving toward her. In two strides he is inches from her face. “I did NOT call you stupid. I said you were acting stupid. Get. It. Right.”

She feels his breath on her face; the alcohol stings her eyes. She is trapped between his body and the sink. She grips the pan for stability, tries and fails to meet his gaze. I can use this feeling, she thinks. I can remember this moment when I’m playing a woman who is trapped and scared, who has no way out. I can remember the feeling of not being able to breathe, of choking on my own rage.

“Come find me when you’re done with your little tantrum,” he says, spraying spittle on her face. “I’ll be in the living room when you’re ready to grow up and apologize.”

She loathes him. She loathes him with a burning, searing passion. She hates him almost as much as she will hate herself a few moments from now when she goes in to beg his forgiveness in exchange for a few days of peace. She has nowhere else to go, and they both know it.

In the movie, it will be different. In the movie, she will grip the cast iron pan in two hands and swing it in a powerful arc, knocking the smile off his face and his brains across the room. When she—her character—calls her friends, they will come over to help her bury the body. “You had no choice,” they will say. “You did the right thing.” Then they will join hands and dance on his grave. The camera will slowly pan out. She hopes the studio will pay for Girl on Fire for the closing credits. 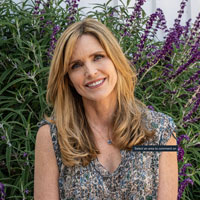 Courtney Thorne-Smith has spent most of her professional life as an actor who dabbles in writing. She is now in the midst of the radical transformation into a writer who dabbles in acting. To that end, she is currently a full-time online student at the University of Pennsylvania, focusing on Creative Writing. She lives and writes in Los Angeles, California, where she gets her best ideas while walking her dogs.