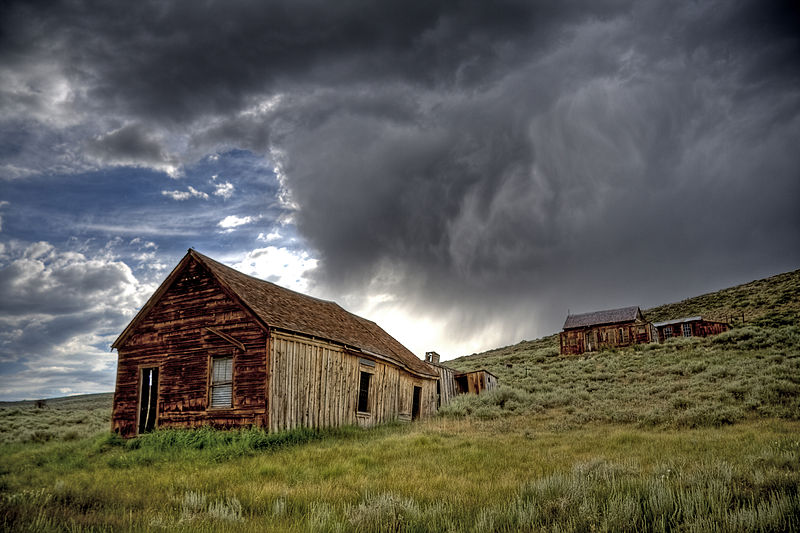 “Were you looking for ghosts?” The police officer inspected the three of us—twenty-one, twenty-two, and twenty-three years old. There was no way we could tell him the truth.

Earlier that afternoon we’d passed my hardcover copy of Weird Pennsylvania back and forth over takeout Thai food on the floor of our apartment, which was getting emptier as each newly graduated roommate moved her belongings out. Between forkfuls of pad see-ew, I pointed out that we weren’t far from one of the book’s allegedly haunted places. Under the right conditions, Irwin Road, in Pittsburgh’s North Park neighborhood, was said to be permeated by a blue mist and any combination of witches, evil dwarves, hanging ghosts, deer-human hybrids, and lonely dogs. Up until then, we’d had no post-lunch plans. We didn’t have post-college plans either, but this would at least occupy us for an evening.

Twelve hours later our mode of transportation, a black Toyota Corolla, was askew off the side of a dirt road. The dirt road led directly to the main road. All we would have had to do was put the car in reverse and back up in a straight line. This was attempted, but did not go as planned, and we were covered in mud and weeds after trying to push the car out of the ditch it had settled in.

As the fractured sunlight became brighter through the trees, the dilapidated house from which we were unsuccessfully retreating began to look dirty, small, and vulnerable—a far cry from the shrouded creaky hideaway we were headed toward an hour earlier.

The three of us dragged ourselves back up to the highway, or whatever a busy road outside of Pittsburgh is called. As we sat there, high on exhaustion and waning adrenaline, we noticed the lack of people who slowed down, much less stopped, to inquire as to why three girls would be sitting on the side of a suburban road at 6:30 a.m.

Then someone did stop—someone in a white car with lights on top. The police officer mentioned that an abandoned vehicle had been reported down that path right there, and did we know anything about it? Yes, we said; it’s ours, we said, and AAA is on their way.

“Looking for anything?” the cop asked, like it was a Steven Spielberg movie and we were another band of dirty-faced kids in search of treasure.

“No,” we answered too quickly.

“Some people come down here because they think it’s haunted,” he said. His sheepish face told us that he was embarrassed to know information like that and even more ashamed to have to pass it on.

As he drove down the path to investigate, we realized that we had graduated from college a month prior, and a cop had just rightfully suspected us of looking for ghosts. This was before we knew that we would spend the rest of our summer, and year, and twenties, doing just that— chasing what makes us feel scared and alive. The possibility that these spectral and ephemeral things exist is enough to keep us piling into cars at midnight, driving out to where the moon is brightest, and waiting. 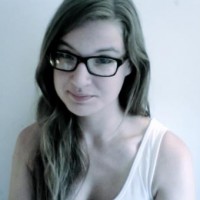 Lydia Pudzianowski was born and raised right where Pennsylvania juts into New Jersey. She migrated to earn a BA in creative nonfiction writing from the University of Pittsburgh, where she was managing editor of The Original Magazine. Currently, she is an MFA candidate in creative nonfiction at Northwestern University, where she served as managing editor of issues 142 and 143 of TriQuarterly. She wants to continue her journey west for the sake of tradition but sees no reason to leave Chicago. This is her first publication in a journal she doesn’t edit.