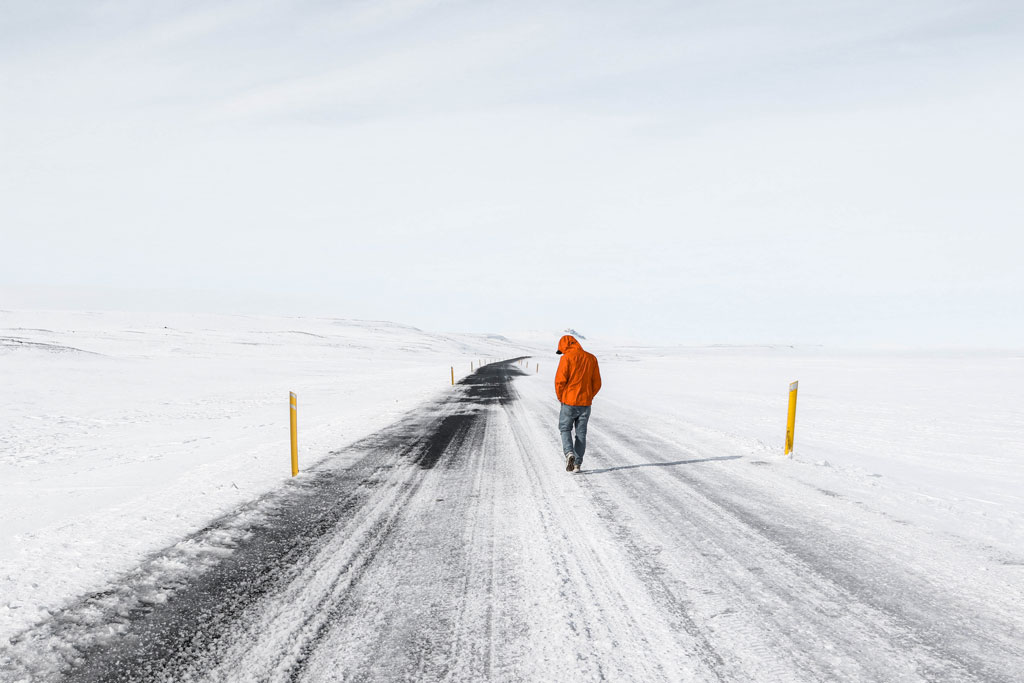 FROM NORTH DAKOTA TO MANITOBA
by Sylvie Bertrand

Oh, it will never happen here, the nurse says. If she is concerned, she is too nice to show it.

Everyone is so nice here. The nurses, the lawyer who helps us with the paperwork, the people from the refugee center who bring us clothes; even the doctor, the surgeon who amputated all of our fingers, except for one of my thumbs, is a really nice man.

But when I tell Felix how nice Canadians are, he shrugs and shakes his head. Maybe it’s because he’s got no thumbs left; maybe it’s because he also lost two toes. Felix was an athlete, a big football player back home in Ghana. Still, I guess he’ll miss his fingers more than I will.

If I could, I would give you my thumb, I say.

You’re such a nice man, you should be Canadian, he answers, and we both laugh.

True, the reason we got all of our fingers amputated is that even once we made it to the Canadian side, we had to wait three hours before someone stopped for us. Three hours is a long time when you’ve been outside for seven hours already, walking through frozen fields with snow up to your knees, in sub-zero temperatures. The prairie people say that the wind that night was as high as twenty-five miles an hour. All I know is that it stung like a thousand invisible glass shards, piercing any exposed skin.

The doctor said that it was during those last three hours that the damage from frostbite became permanent. When frostbite goes from stage three to stage four, the doctor explained, the tissues beneath the skin become frozen, too. Muscles, joints, tendons. Like a deep freeze, and when he said that I remembered how my hands looked in the morning light, once we finally made it across the border. Like two pieces of chicken breast in the freezer, hard as a rock, shiny and slippery. Felix’s fingers were so numb, when he tried to use his phone to see if we had any service, he dropped it and it shattered into pieces, like an ice cube.

It was the morning of December 25, which is why, everyone says, there wasn’t much traffic on the road. The few cars that drove by us, they had places to be, families to meet.

But it was nice that this one person, that truck driver, finally stopped, I tell Felix. I mean, it was really nice, considering that the doctors say that if he hadn’t, we probably would have died, you and I.

I don’t say, you for sure. When he got into the truck, Felix began shaking and lost consciousness. All the way to the hospital, I kept telling him, be strong, we’re going to make it. But the truck driver looked really scared. He drove us directly to the emergency entrance. Once there, we were taken to the burn unit, because it turns out that frostbite is just like a burn, but deep inside your body.

Freezing takes long enough that the pain sneaks up on you, slowly.  Thawing is different. You have to warm the injured tissues as fast as possible, but without burning the skin. They gave us lots of painkillers. The doctors were trying to be nice about it, but there is no nice way to thaw human flesh. The pain was unbearable.

One week later, our fingers turned darker. The skin hard, like tree bark. That’s when we knew we would lose some of them. We just didn’t know how many.

Meanwhile, our claims are being processed, and our chances are excellent, the lawyer told us. She is a nice lady, working for free for people like us.

You’ve got to admit, this is a nice country, I keep telling Felix. Come on, I say. It’s nicer.

Felix is sitting with his elbows on the cafeteria table, his forearms up, and where his hands should have been, there are now two balls of white gauze, round and big as boxing gloves.

Listen, Felix says, it’s not like people weren’t nice, south of the border. Some were. They let us in, they gave us a case number, a photo ID, even a permit to work on the oil fields. When we began to worry, people said, Don’t worry, it will never happen here.

He doesn’t say: And then it did. He doesn’t have to. He takes his mug with the maple leaf to his lips, holds it between his two fingerless mittens, and blows on the hot coffee.

Don’t burn yourself, I say. I know, it’s not funny, but we both smile anyway. 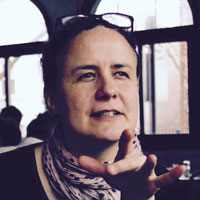 Sylvie Bertrand writes short stories and is working on her first novel. She was nominated for the 2017 PEN/Robert J. Dau Short Story Prize for Emerging Writers, was a finalist for the 2017 Glimmer Train’s Very Short Story contest, and received a 2018 Pushcart Special Mention. She has an MA in Anthropology from Princeton University. She teaches at the Writers Studio and is currently the assistant fiction editor for Epiphany, a literary journal.