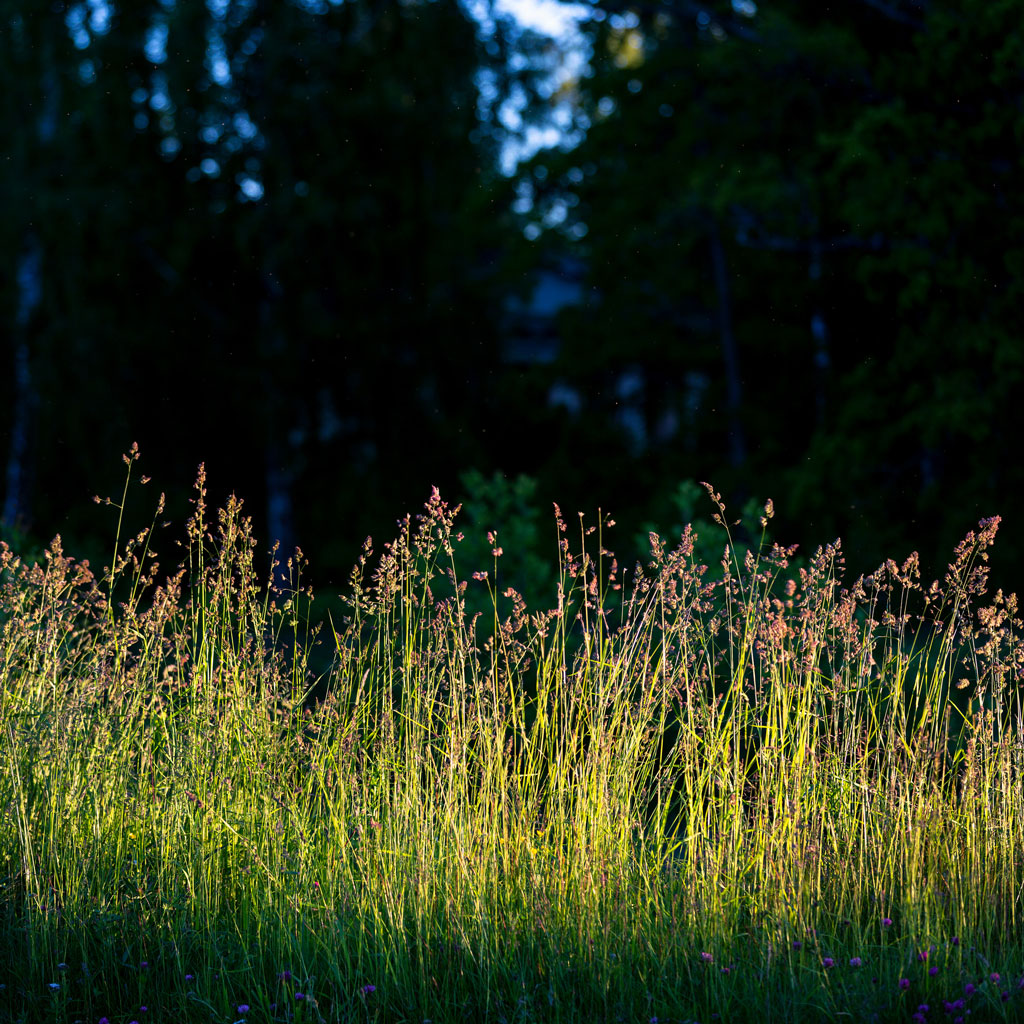 A border between ecosystems is called an ecotone. It is a space where separate ecologies enmesh in a fade-in and a fade-out, and microclimates mingle. Wind and fur and legs can alter or transfer energy there and like a yin and a yang traces of each thrive in the other.

My stroll home intuits scads of these.

An apple falls from the canopy, brushing leaves down its way. When it arrives with a final thud against the ground, I’m roused from a sleep where I dreamt of a proper bed.

A sluice carved in stone carries spring water to slip and break on pebbles. Oxygen’s forced into the pond. Foam to the surface. Bubbles pop and humidity rises.

A car horn carries from a distance.

When woods are only stressed, even in a thousand places, the whole always seems to stand. A boar tore away bark. Mushrooms ate the dead wood behind it. Enter insects to eat the living wood beneath it all. Then returned the boar to eat it all and perform the miracle of wood into meat.

Electric humming swells from down the path.

Underfoot, kudzu grows out of horizons of soil. Roots through humus, dirt, and rock.

What seems a clearing is a ribbon of clearcut forest. Utility poles of Bolivian wood rising from the absence. While beneath the cords birds chirrup and make their way swift from tree line to tree line and the hair on my skin lifts on the slight breeze blown between the two woods. It will all lead back to town.

A peep in my pocket hints at a dark service returned to my phone. Invisible division distinct as a waterfall.

Where kids call their dogs off, unkempt grasses will push into the yard. For now, lawns, preserved in death by amber herbicide, are painted with water a living green.

Sparrows live in the attic of a human house. A magpie scratches at the tiles to get at their eggs. A falcon calls in the distance. It’s all barely audible over the sound of pool jets running.

Then, in silence is the present. Where tomorrow calls and yesterday lingers in neurons.

Silence is broken by a wheeze that trails down stairs.

There, a family around a deathbed starts to sing. While in the very moment, they can’t distinguish life from death. 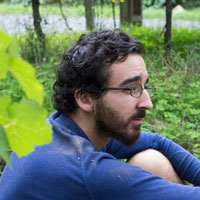 Diego Reymondez is a dizzy mess who passed out in New York and woke up in Spain. Since regaining consciousness, he’s planted a food forest and now must spend his days making rocket stoves, keeping his brother from dying on intergalactic travels, taking care of animals, and generally learning how to nature. Eventually he gets around to writing.