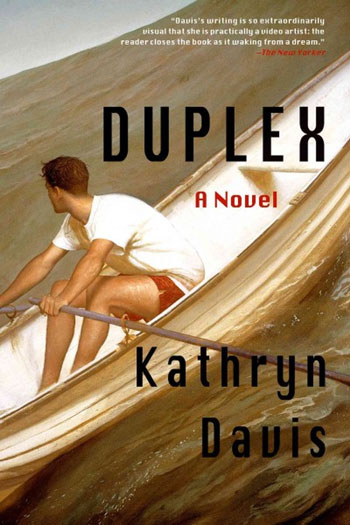 “It is not wise to break the rules until you know how to observe them,” said T.S. Eliot. Author Kathryn Davis has taken the aphorism to heart.In her latest novel, Duplex, a series of simple stories fit neatly into one another: she’s following the rules. Boy meets girl, boy sells his soul for fame. A woman takes a lover. A woman goes on a journey. And then she breaks them: using a pared-down voice and a lush palette of nightmarish images, she leads the reader through a futuristic suburb populated by robots, sorcerers, traveling photographers, and all kinds of ordinary-seeming people. It’s a pleasure to watch her break each rule, twisting the familiar fables and tropes into something shining and snarled, like a coil of steel wire left out as a trap for rabbits.

The components of the plot are in fact mercifully simple, as anything more elaborate would sink the novel. As it is, the story centers around two star-crossed children, Mary and Eddie, and their neighbors, Miss Vicks the schoolteacher, and a sorcerer with white and wandering fingers. A family of robots lives next door. Cars are rarities. After a car accident, Eddie disappears and returns altered; Duplex follows his ascension to fame, as well as Mary’s changing fortunes as she navigates marriage, motherhood, and loneliness with a highball in her hand. Overhead, silver satellites called scows observe the action, while down on earth, carnivorous fairies are sewed into a musical drum, since “they have no regard for human life.” The allusions to Ray Bradbury and Nathanael West are strong here, with Davis balancing the bizarre rituals of daily life in childhood with the larger picture of a scorched environment, a sky crossed with wires, and a sense that civilization is headed nowhere good, fast.

The language is dense and prone to repetition; often, Davis places two metaphors so close together in a paragraph that they clang against one another, making ripples that jar the reader for the next few pages. Sentences lead to unexpected conclusions, new thoughts, and sudden drops. Here is Davis describing the grounds of an abandoned estate:

The stringweed and creeper covered everything, leaving behind only the general shapes of things, disquieting like the sheeted furniture in Victorian novels, and what appeared to be paths often turned out to be trails made by animals or an aboveground system of drains, so if you weren’t careful you would sprain your ankle in a rabbit hole or pitch into a cistern and drown.

There is no respite in Duplex, and that’s part of its charm. It’s unrelentingly weird, and won’t appeal to everyone. Certainly, readers seem less interested in magical realism and psychedelic fairy tales than they used to be. Writers like Aimee Bender, Kate Bernheimer, Kellie Wells, and the like seem to have moved stage left, making way for genre fiction wearing enough literary makeup to be respectable. Am I wrong? I could be wrong, but I miss the weird, tightly stitched psychological fiction of 15 years ago, when characters ate peach-flavored vowels at a roadside stand or gave birth to babies with irons or pumpkins for heads. I am tired of zombies, relationships that fail after a single tense conversation, and talking animals. There’s Karen Russell, sure, but her fiction, though beautiful, often lacks the sickening sense of inevitability that Davis executes so well in Duplex. 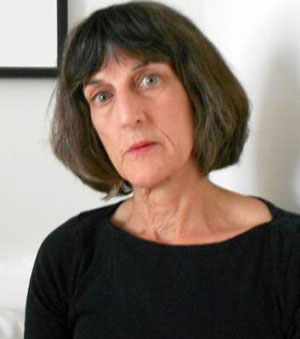 For Davis is happily still going. She traps you on the first page, and from there things only get stranger. There’s no way of predicting what will happen, and in fact the novel is so bizarre and beautiful that I’m having a hard time describing it now, just like a dream that passed but is impossible to shoehorn back into everyday language of weekend plans and bus schedules. “By now the sea had calmed down,” she writes, “the sky resting its palm soothingly across the face of the water. The first scow Marjorie had seen since leaving home appeared, moving very slowly and up so high she could barely tell what it was. Like a gleaming grain of rice, she thought—whereas no matter how far above the sea the scow’s operator managed to get, the sea would never look small to him.”

When was the last time you read a book that offered such a dramatic change of perspective? Or has broken the rules as delicately and carefully as a wishbone? One snap, and the whole world changes. Duplex is magic, from cover to cover.