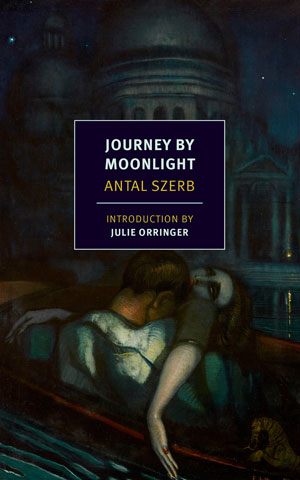 Oh, to be so fully awake, so charged again.

Those earliest encounters with desire—yet unnamed, unformed—set on us, mark us, until, at some point the feelings fade. Not desire itself, but the skin’s memory of it fresh, smothered by age and responsibilities. But for some of us, perhaps because the experience is so acute, the process of forming relationships to others cements in those early rooms.

Then adulthood presses, like a train conductor telling you, in a foreign language you don’t understand, that you’re sitting in the wrong class. You shrug, he keeps demanding, and the seconds freeze in confusion until at last someone pushes you along. It is in this state that we find Mihály, the 30-something protagonist of Antal Szerb’s scintillating 1937 novel Journey By Moonlight, published this week—in the English translation by Len Rix—in the United States for the first time. Mihály has been pushed into bourgeois propriety, into a job in the family’s firm in Budapest, into a marriage with the beautiful and wealthy Erzsi, and here he is on his honeymoon in Venice. Dreamy, detached, Mihály is however determined to capitulate. The alternative, to live in dissolution overpowered and haunted by memory, is too much. He has to bear up.

But Erzsi has married Mihály precisely because he isn’t ordinary, because something haunts him—“Mihály had secrets even from himself.” In him, she thinks there is “something utterly alien to the conventions of bourgeois existence” that would carry her, too, “beyond the walls.” Only her timing is terrible; they are out of step: “Mihály was simply trying, through her, to become a conformist himself.” 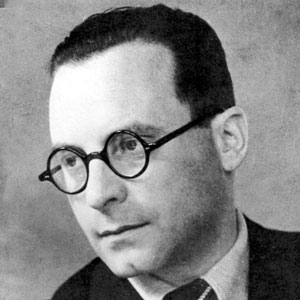 The problem is he can’t. His plan—“using her to become a regular bourgeois, only stealing out into the badlands, into the bushes, furtively and alone, until conformity no longer bored him and he was used to it”—is impossible, as perhaps Szerb, a Jew whose family had converted to Catholicism in order to conform, understood. (And indeed the Hungarian authorities, under pressure from the Nazis, would anyway ignore Szerb’s attempt at conformity. Despite his having been the president of the Hungarian Literary Academy and the author of The History of Hungarian Literature, he was removed from his university position for being a Jew and sent to a labor camp, where he was killed.)

And thus, a few days into their travels, events begin to dislodge his plan. Mihály’s old high school nemesis, the unsettling and manipulative János, appears while the couple eats gelato in a piazza in Ravenna. Apparently their mutual friend from childhood, Ervin, the most passionate of their group and a Jew converted to Catholicism, lives as a monk in an Italian monastery. Does Mihály want to help find him?

The confrontation with János forces Mihály to reveal for the first time to Erzsi the intense circumstance of his youth as it played out in the realm of the inseparable brother and sister Tamás and Éva Ulpinus, who had rejected all notions of the outside, practical world. Beguiled by the siblings’ androgyny, swept into their role playing games, skits, and wildly imagined scenes—“Day after day, Tamás and Éva strangled, poisoned, stabbed or boiled one another in oil”—in those formative days, Mihály longed to play the sacrificial victim. “It was the first thing I thought of when I woke up,” he tells Erzsi in their Ravenna hotel room.

“Why did you enjoy being the victim?” asked Erzsi.

And so, in Italy, the seed would grow again. As soon as he tells the story of his coming of age to Erzsi, he can no longer shake the unsettling instinct to court the unknown. He tries to share it with her, and during a night of tingling, touching, apparently non-standard sex that Szerb describes with delicate acuity, and that fills Erzsi “with wonder,” Mihály is overcome with shame. Sex with Erzsi should be “responsible.” He can’t rectify the opposing instincts. He begins to plot to break away.

Mihály spends the rest of the marvelously dark and yet utterly matter of fact book seeking his inner truth. Szerb’s plot is absurdly novelistic—people appear and disappear with a kind of transparent thrill—but that only enhances the fun of the read. Mihály’s journey of self-discovery is all of ours, after all, and how exactly will he, or we, land?

The answer isn’t so obvious. The ungrounded Mihály flits and flies across the Italian landscape. János crashes in. Erzsi bends and torques. Éva lurks behind a hillock. Ervin, now Father Severinus, tries to steady the ship. Nostalgia, the dead, “the whole dreaded terrorist army of the past,” conspire. All the while Italy itself transforms from setting to antagonist (slowly, so that you hardly realize), from “grown-up” travel destination of the well heeled to menacing landscape of decomposition and death. Place has always played on Mihály’s soul, but now that he’s half broken it’s all the more powerful. In Rome, finally, Mihály sees signs and symbols everywhere. He meets an old friend, Waldheim, full of wisdom. “At the precise moment when I lose my balance, I am filled with a sudden ecstasy,” Waldheim says. Mihály meditates on the vision.

“I know rather more about this whole notion than you think,” he responds. The ecstasy, he’s well aware, is annihilating. Poor Mihály will have to make a choice.