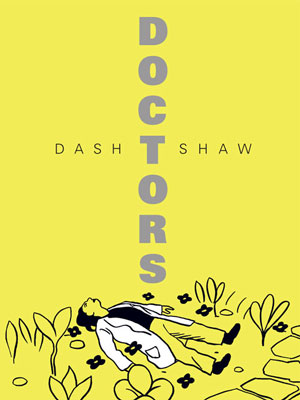 What is it that awaits us after death? In his graphic novel, Doctors, artist/writer Dash Shaw creates a world in which each afterlife is unique, generated from one’s own memories with assistance from a newly-invented medical device, the Charon.

Throughout Doctors, Shaw showcases skillful storytelling. The world he creates is inventive and fascinating. From the beginning, he successfully pulls in the reader with the story’s sense of mystery. One quickly wonders what is real as the initial central character of Miss Bell struggles to make sense of a series of confusing events in her life.

As the story surrounding Miss Bell unfolds, we learn that doctors have created (through the Charon) a way to prolong life after death, allowing one’s consciousness to live on temporarily in a joyous modern-day Elysium. Within the afterlife, doctors are able to communicate with the deceased and, when successful, are able to compel the person to return to the land of the living, at least for a limited time. 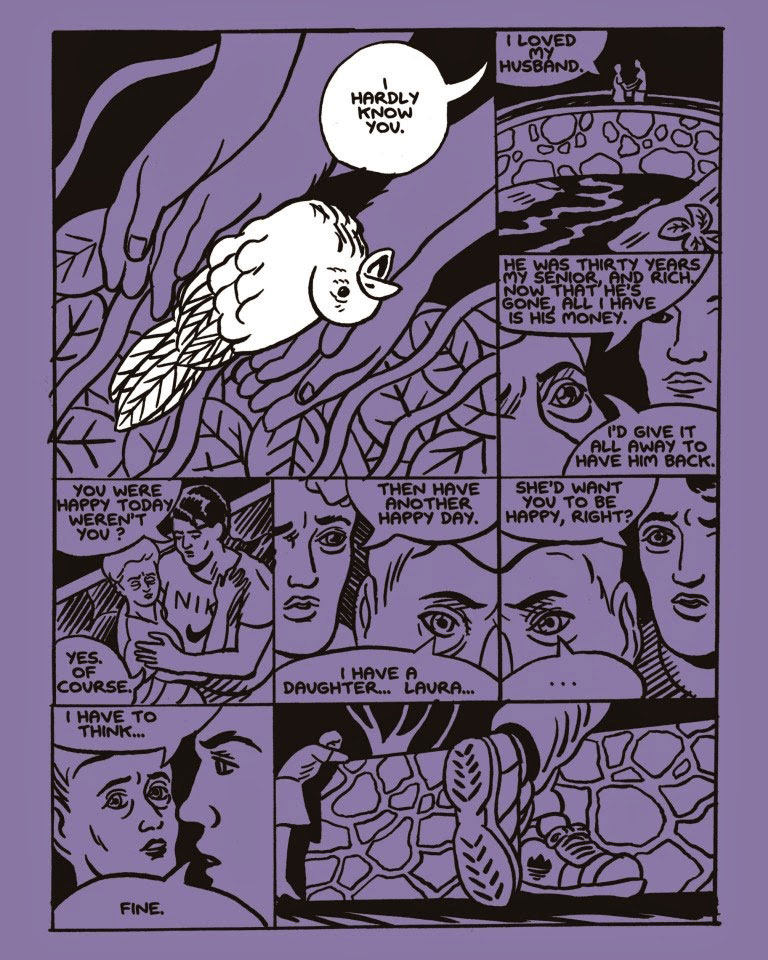 The happiness Miss Bell feels in the afterlife never seems to be replicated in real life, and the ethics of the Charon project are called into question by some of those carrying it out. As one gets midway through the book, the central focus shifts from Miss Bell to the doctors themselves. Conflicts arise between the father-daughter duo of doctors who run the Charon program, with tensions running high and no consensus ever reached. This father-daughter pair discuss, debate, and fight. Does the Charon help or hurt people? Should it be available to everyone or just the exceptionally wealthy? Does its very use cross the line into playing God? 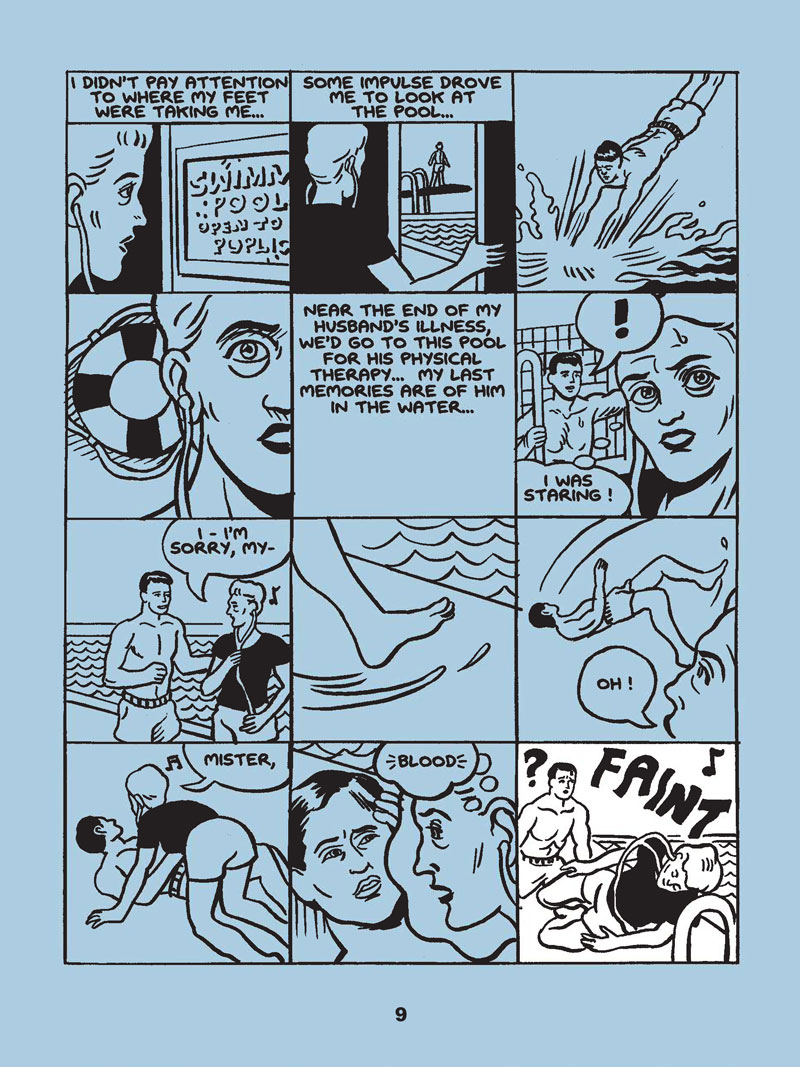 Ultimately, Shaw supplies no easy answers to these questions. His intentions are not heavy-handed, and his message never feels preachy. The conclusions readers will draw may vary wildly and the experience of grappling with the philosophical quandaries presented in Doctors is not likely to be a simple affair. This graphic novel will be most appreciated by readers who enjoy uncertainty and the challenge of making meaning for themselves. 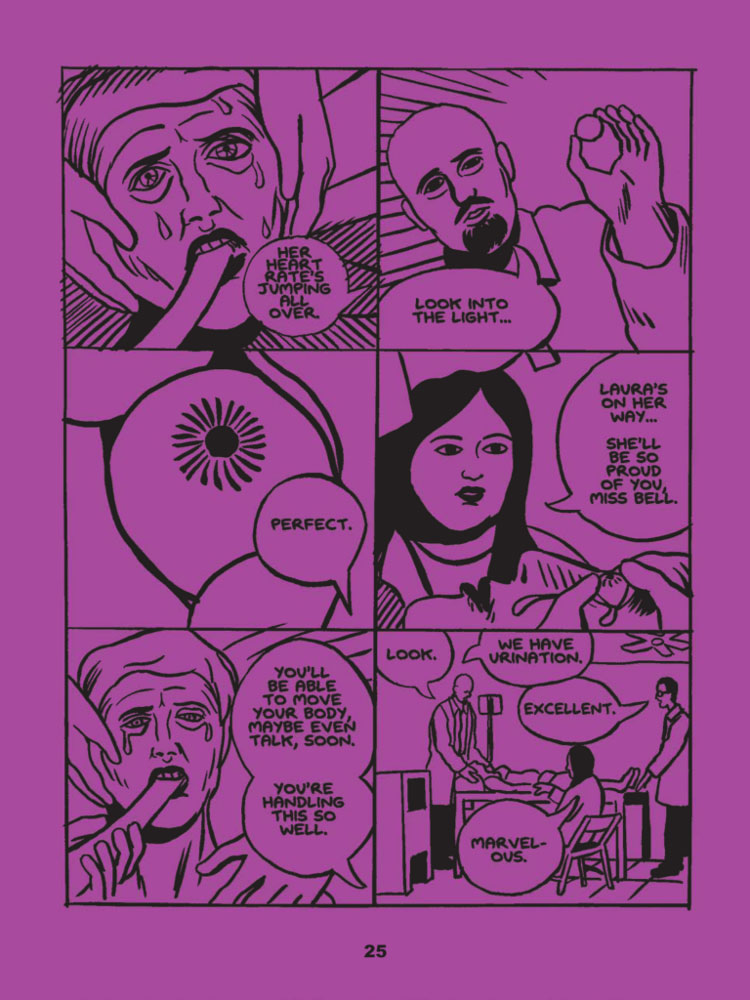 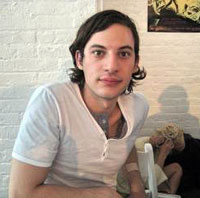 While I hesitate to call Shaw’s cartoonish art in Doctors remarkable in and of itself, his simple, clean style allows the focus to be on the story itself, which is ultimately the most compelling aspect of Doctors. The panels and pages are typically simplified by having Shaw’s illustrations appear transparent (they simply rest atop the ever-changing background color).

To suggest the evolving story’s mood, Shaw often changes colors from page to page and occasionally within select, especially meaningful panels. The effect is subtle but well done: Shaw conveys a wide variety of emotions at appropriate intervals through his selection of background colors and limited moments of additional, contrasting colors within panels. The only catch—and one that I suspect was unintentional—is that on some of the darker pages, such as those with a deep purple background, there is little contrast between the black of the text and the color of the page itself. This issue of literally making the story hard to read arises infrequently, and results in minor, but unfortunately real, interferences in the story’s forward progress. 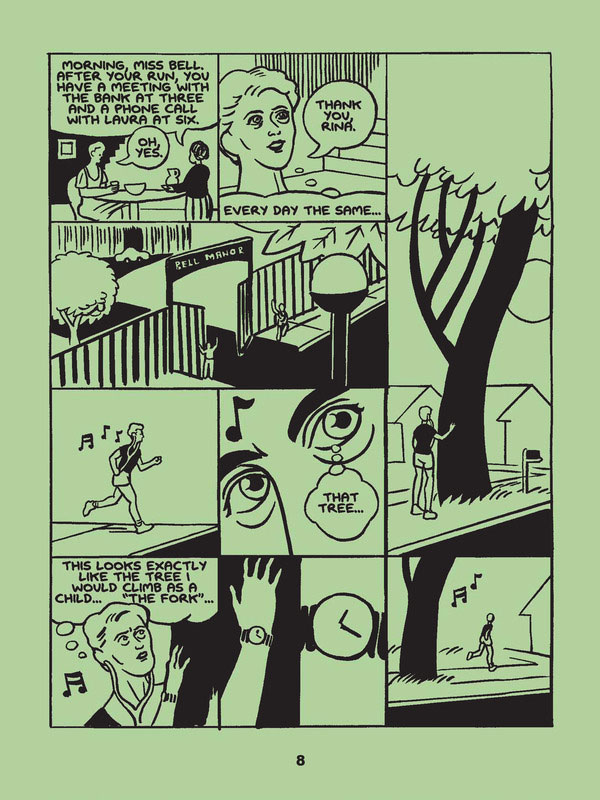 On the whole, Shaw creates a memorable world with deep, compelling conflicts for his characters. Simply put: Doctors will make you think. For anyone interested in speculative fiction or examinations into the meaning of death and what comes after, Doctors is a fascinating and entertaining quick read.

Brian Burmeister is Program Chair of English and Communication at Ashford University He co-wrote the nonfiction play, Farmscape: The Changing Rural Environment, published by Ice Cube Press, and his writing has appeared in 50-Word Stories, Eunoia Review, and Wilderness House Literary Review. He can be followed @bdburmeister.