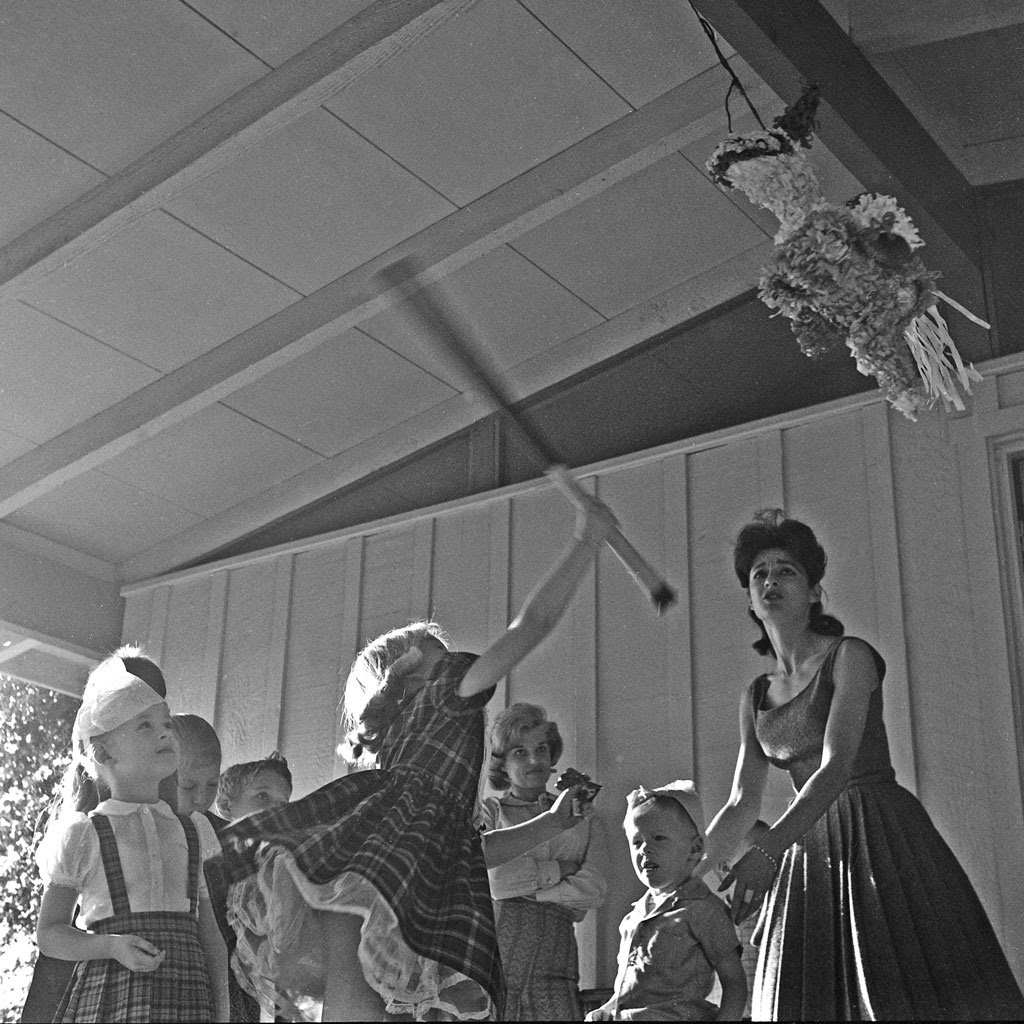 Canned laughter sounded from the television, but no one was smiling in the kitchen where I faced my mother, our dog’s metal chain cold against my palm. She was close to six feet tall, and I was only eight, but I narrowed my eyes and glared at her. “I can hit you,” I said. “I can kick you all I want.”

She looked at me, her green irises bisected by the deep lines etched in the bifocal lens she wore. “Go ahead,” she said.

I whipped the chain forward as I sprung up in my shiny Mary Jane shoes. It was a clumsy attempt; I barely grazed her shoulder. I swung again. And again, stopping only when the chain connected with my mother’s glasses. I didn’t break them, but they hung askew on her shocked face.

Earlier that morning, when I didn’t have time to finish my strawberry milk before leaving for school, my mother covered the top of my glass with plastic wrap and put it in the refrigerator. After school, I reached for the glass, but condensation made it slip through my hand, and it crashed to the floor of the kitchen where my mother was preparing dinner. Beneath my feet bloomed milk and glass.

The shattering shards cut through something unseen in my mother, and her mood suddenly shifted from its previous cheerfulness. The shadow across her face appeared, a shadow I had seen before. She was upset, I knew, but she’d never say so.

“Sorry,” I said, repeating my apology over and over, but she ignored me, yanking me out of the way to grab a broom and dustpan, the scrape of my mistake crunchy and sharp in my ears. There was the familiar shove of the garbage can, the slam of cupboards, the bang of the broom handle against the wall. This was my mother’s Morse code: violent gestures, often after the smallest provocation, even, yes, spilled milk. She never said what was on her mind, what was troubling her, a silence that forced me to become proficient in deciphering her unspoken messages. Waiting for this mother to appear, I was often on edge around her, anticipating the physical reaction she triggered: the adrenaline of fight or flight pumping through my body, turning my stomach to acid.

Until this moment in the kitchen, I had always chosen flight. When I saw the familiar shadow cross my mother’s face, I’d crawl under the dining room table, hide in the bathroom, or run upstairs to my room. I wasn’t concerned for my physical safety, but afraid of how the atmosphere changed during these episodes. Something radioactive and dangerous emanated from her, and it frightened me.

Moments after our mother-daughter showdown, my sister Rebecca returned home from school, where she was studying to be a dental hygienist. She had temporarily moved back home while finishing up her coursework, which meant that in our two bedroom apartment, my twenty-five-year-old sister and I were roommates. I was obsessively fastidious and couldn’t stand anything unmade, unclean, or out of place. But upon her arrival, my sister staked her dingy gray flag of slovenliness in our communal space, turning my once-organized room into a hovel heaped with crusted dishes, candy wrappers, and dirty clothes. I couldn’t wait for her to move out, but today I was grateful she was here.

“Why are your glasses lopsided?” Rebecca asked our mother as she tossed her binder onto the kitchen counter.

Our mother brushed past her, taking the metal chain out of my hand. She leashed our dog, Max, and closed the door behind her with such violence that the apartment convulsed the way it did when the San Andreas fault line periodically bucked under our Bay Area home.

“Hello to you, too,” Rebecca mumbled, untwisting the plastic tie on a bag of bread.

With my mother gone, I climbed up into my father’s brown leather La-Z-Boy chair and picked up one of the many art books he kept stacked beside his seat. I chose one on the masters of surrealism and quickly lost myself in the dreamy, topsy-turvy visions of melting clocks, horses molded from clouds, and curved stairways rising up from the epicenter of a chaotic sea. This book showed me a world full of strange, illogical images and happenings; a place where a daughter hitting her mother might make sense. Mentally, I began to assemble our confrontation in the kitchen as a surrealist painting. I imagined my mother as a giant piñata covered in stripes of pastel tissue paper, suspended above me. I swung at her with the metal chain. Without much effort, domestic detritus spilled out onto the linoleum floor. A bottle of Emeralde perfume, Fire and Ice Revlon red lipstick, a Pink Lady cocktail, Oil of Olay face lotion, a pair of saddle Oxfords, and a brown curly wig she sometimes wore to dinner parties. None of these items satisfied me, so I kept swinging in my mind, not because I actually wanted to hurt my mother, but because I wanted to get at something else, something elusive, something she kept locked inside, and the only way I believed I could get to it was to crack her wide open.

Rebecca flopped down on the couch beside me. “Why is Mom so mad?” she asked, biting into her peanut-butter-slathered toast.

I shrugged, keeping my gaze on the book open in front of me.

“Gretchen Lee,” my sister prodded in a singsong tone. “What did you do?”

I ignored her and escaped back into my surrealist world, where such questioning would be turned upside down. Where the equally compelling queries would be: Why did my mother make me so mad? What had she done to me?

Later that night, I woke to the sound of a heavy metal lullaby drifting out from my parents’ room. My mother always slept with some kind of music on. Tonight it was KISS’s Destroyer album.

I kicked my comforter off and fumbled my way in the dark down the short hallway that connected my room to my parents’. Dad, a dispatcher for a trucking company, was working the night shift. Mom lay on the right side of the bed, her back to me. Through the open window shone a streetlight, creating a soft yellow halo around her. Careful not to disrupt the waterbed, I sat down gently on the opposite side, listening to the music.

When the singer lamented about hearing the woman who loves him calling for him to come home, but not being able to do what she asked, I remembered being age four, crouched behind a bush in our apartment complex. I was tracking my mother through my green shield of foliage as her calls for me went unanswered and she became more frantic. I was safe, but she didn’t know that. I kept quiet, watching her suffer. I held the power to stop her misery, but something in me refused her the relief.

I held the power now. I could have woken my mother up. I could have told her that I felt bad, that I didn’t mean it. Instead, I peeled the bedding back and slipped quietly under the covers and into the empty space beside her.

My back to my mother, I fell asleep. 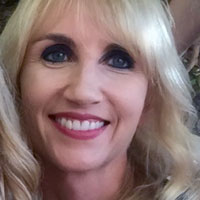 Gretchen Clark grew up in the Bay Area. She holds a BA in English and teaches creative nonfiction online at writers.com. Her work has appeared in Pithead Chapel, Ray’s Road Review, Word Riot, Literary Mama, Switchback, Tiny Lights, and 94 Creations, among others. Her essay “Pink Chrysanthemum” was nominated for a Pushcart Prize.