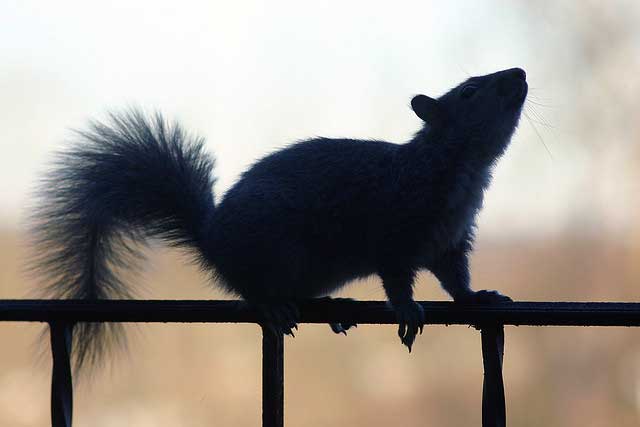 I hadn’t given much thought to the snake that connected my toilet to the bathroom wall until one July when it split its plastic cap and flooded most of my house. Among other damages, the water buckled the original hardwood floors. It looked as though speed bumps had erupted in my living room. I moved out for months and months, plodding from friend’s guest room to friend’s guest room to temporary apartment. When I finally arrived back on my doorstep in October, house key poised, I found the two nails that held my mezuzah to the front doorpost still there, the very top and very bottom of the mezuzah still nailed in, the body of the mezuzah itself broken off and missing. (If you don’t know what a mezuzah is, trust that this was an ominous sight to come home to.)

I soon discovered—from the strip of wall missing between the tub and the rest of the bathroom and from the splinters I was getting from the brand new floor—that the construction company had left a slew of botched repairs that would need to be re-reconstructed, long into the winter and spring. I’d also had a minor car accident, my respiratory system had been wrapped up by bronchitis for going on two months, and I’d fallen down an entire flight of stairs. I’d somehow made it to the next-to-last step without breaking a thing but then instinctively put out my right hand before landing. . . My arm was casted from fingertips to elbow. I’d been through a break up. I was doing my best to fend off a breakdown. Then came the squirrels.

I should have been more attuned to the ways my life had become a B-grade horror movie and therefore at least entertained the notion that when the scratching started, it was coming from inside the house. But I assumed the squirrels I saw scampering up the mature trees that had been one of the house’s major selling features were up on the roof, and I was hearing their further jolly scampering across to more trees on the other side of the house. In some delirium of denial, I assumed this for weeks and weeks. When I had an inspector in the house to diagnose the construction company’s damage, though, I figured I might as well ask him to check out a tiny peephole I’d noticed above a bookcase. He glanced at it and, without saying a word, presented me with a bouquet of business cards for area handymen.

It turned out several squirrels had chewed and clawed their way to a cozy den in between the roof and the ceiling of my vaulted-ceilinged, picture-windowed office/guestroom (also a major selling feature). The handyman came on a bitter cold day, scaled his ladder, and almost got knocked off by the gigantic squirrels scampering out of their hideaway. Once they were out he replaced the insulation they’d eaten and patched up the soffit they’d made into their door. I called him two days later when I heard the scratching, as loud as ever. He assured me there was absolutely no way the squirrels could get back in, that they were just out there scratching at the reinforced soffit, trying to. He also assured me there was no way he’d trapped a squirrel inside. I hadn’t even thought of that. I broke out into a rare December sweat.

I convinced myself I was assured. I also convinced myself I could scare the squirrels away from that corner of the house by repeatedly activating my louder-than-average garage door. I stood inside by the wall with the peephole, pressing the button of the remote opener over and over and listening to the door rattling up and grumbling down, rattling up and grumbling down. I was still standing there with the opener, my left thumb continuing its button calisthenics, when plaster started spitting down from the peephole. The turquoise paint that had seemed so whimsical on the ceiling now, in chips and dust on the floor, looked apocalyptic. If a creature burst into the house, I decided, I was leaving and not coming back.

Sam from “Critter Control” was the one who found the squirrels’ back entrance. He pointed out that if I came home to find the door to my home boarded up, I would look for another way in, too, right? I opted for his Humane Cage option, and he explained the process. The cages would be baited and set up at both entry points. And he’d come by about every other day to remove the squirrel from the cage, reset the trap, and take the captive to be released far, far away. Each time he picked up a squirrel, he’d leave me a notice.

Well into the spring I’d come home to one of two things. A captive squirrel waiting for Sam to pick it up and leaving me wallowing in what a sorry excuse for a vegetarian it made me to go about my business while an animal darted frantically around its tiny cage on my roof. Or a yellow sticky note on the storm door. Each squirrel removed cost sixty bucks. The notice was printed in such a way that it looked like a receipt for squirrels I was purchasing:

The receipt was only sometimes for one squirrel. I also purchased two regularly. My receipts piled up; my bank account dwindled. My squirrels ran free in the countryside.

Sometimes I couldn’t take the scrabbling of the caged squirrel, and instead of wallowing, I’d call Sam to ask him to come pick it up sooner rather than later. He was always friendly no matter how many times a week I called his personal cell phone. He always came. We got to know each other. He told me his daughter had the same name as me, though “spelled biblically.” He asked me how my mom was doing. He invited me to his house for Thanksgiving.

I became attuned to and obsessed by every tickle of a scratch I thought I heard in the house. Sam came out for the squirrels I thought I heard in the walls of my bathroom—which he diagnosed as bats—and bedroom—which he diagnosed as mice. I took to walking from window to window, watching for possible intruders. Each time I saw what looked like a grey feather boa spiraling up a tree trunk I ran outside to make sure it wasn’t on its way into the house through a new entrance. Once I found two squirrels mating on a branch outside my kitchen window, right by the secret back entrance of the ceiling hideaway. The female’s tail held straight up in the air, triumphantly. I stood frozen and glaring, outraged by their flagrant lack of respect for the tyranny of the cages.

In the meantime the interior re-reconstruction continued. The house found a rhythm of being emptied of its owner and choked with strangers. All of my belongings had to be stacked in the one room that hadn’t been damaged by the flood: the squirrel room. The damaged rooms would then fill up with workers while I spent nights in hotels, shuddering at the thought of squirrels re-inhabiting the space behind the ceiling in my absence. I kept the fingers of my unbroken hand crossed. I came home to more receipts.

Eventually Sam was sure we were done with the squirrels. He took down the cages and plugged up every possible nook and cranny on the outside of my house with a giant caulk gun.

At my final orthopedic appointment, the physician’s assistant showed me the post-cast x-ray of my right hand. She pointed out the thick white scar where the break had been. It looked quite a bit as if my hand had been caulked. “At this point,” she assured me, “that bone is as strong as it was before. It could only be broken by something that would break any other bone in your body.” Imagining that “something,” I felt the onset of a rarer February sweat.

Two years later I adopted a geriatric dachshund named Charlie Brown. He spends most of his time impersonating a hot-water bottle under the covers, warbling more like a dove than a dog. If anyone ever broke into my house, he might lick the thief into submission or possibly accidentally trip the intruder with his ecstatically wagging tail. But it turns out he’s a ferocious squirrel deterrent. Despite being twelve years old, named for a bumbling cartoon character, and the size of a human baby, he does a heck of a job barking his little heart out until the squirrels take their branch highways into someone else’s yard. We’ve since moved to an apartment in a city where we only see squirrels at the park. Other park-goers laugh as Charlie Brown runs from tree to tree with his lungs working overtime—as if it’s all a game. 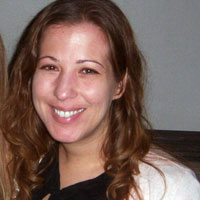 Rebecca Entel is an Associate Professor of English and Creative Writing at Cornell College in Mount Vernon, Iowa. Her short stories have been published in Madison Review, Joyland Magazine, Unsaid Magazine, Connotation Press, Tiferet Journal, and elsewhere. She is currently working on a novel and will be writer-in-residence at the 2014 Summer Literary Seminars Lithuania.