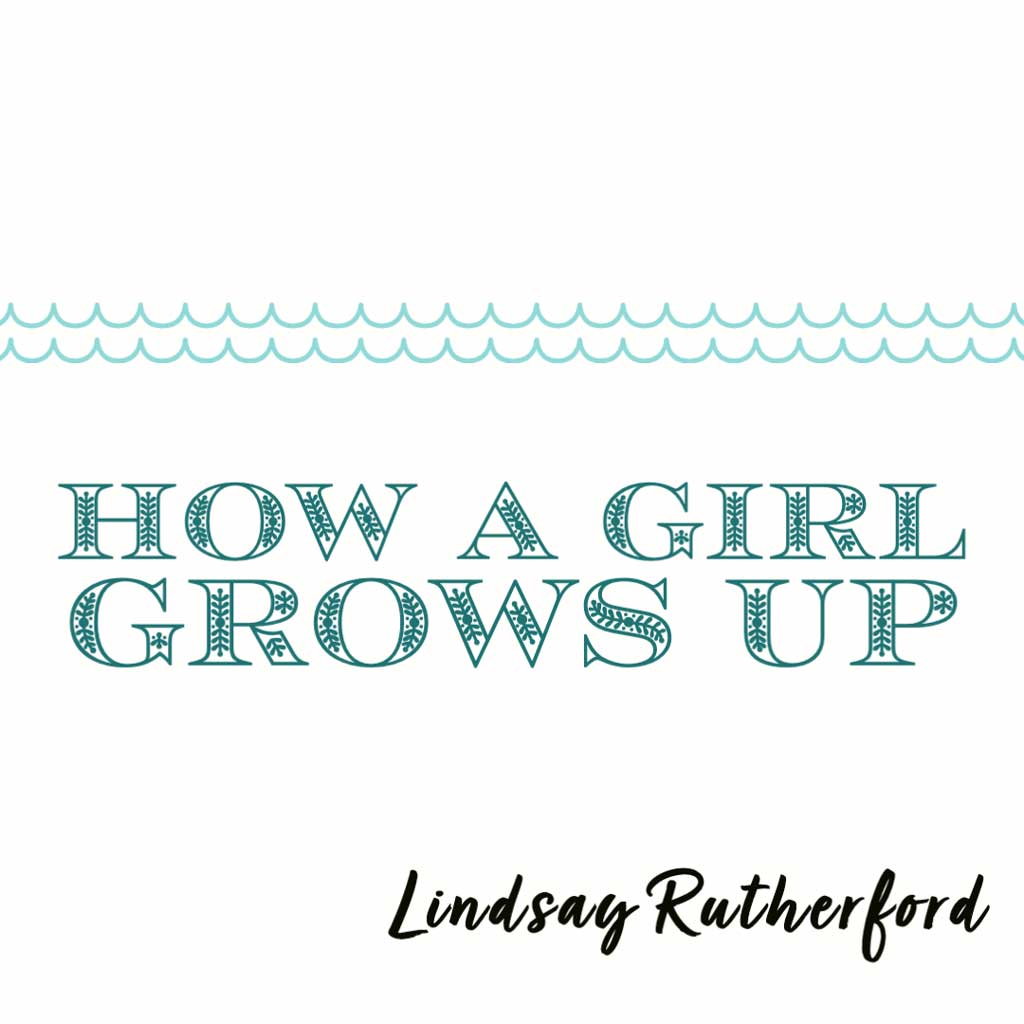 HOW A GIRL GROWS UP
by Lindsay Rutherford

I don’t remember who suggests skinny dipping (me?), but none of us have our suits on anymore. At least I don’t. I am twelve, and we are at a friend’s remote lake property for a swim team picnic. It’s after 9 PM—many families have left already—and dark, so there’s not much to see, just the occasional fleeting glimmer of something pale beneath the lake’s surface. Flesh, ghost, or fish, it’s hard to tell. It smells like the end of summer—tang of smoke from burnt bluegrass fields, the day’s heat evaporating from boulders and docks, pine needles crushed in dirt beneath bare feet. Naked bodies slip through the water around me like otters.

On shore, our parents shake their heads and laugh and hold towels for when we decide to emerge. Some of the less intrepid swimmers huddle in sweatshirts or wrapped in towels. A bulbous half-moon hangs above and the sky feels massive and close at the same time, like the whole universe is right here with us.

I am giddy with the water’s cool touch on my body, all of my body, the thrill of someone’s leg grazing mine. The crescendo of laughter and voices builds in my chest until I am slithering out of the water, onto an inflatable raft, and standing, clumsily, on its undulating surface. The night air envelops me; my skin erupts in goosebumps. Someone on shore points a flashlight at me.

The white glare catches my dripping pubescent body, transforms me into someone else, or maybe someone more than I am on land. The night sounds—rhythmic lap of waves, occasional mosquito whine, nervous giggles of naked kids, chorus of bewildered parents’ voices—fall silent.

Am I thinking about everyone watching? I don’t think so. Not yet. I raise my arms, triumphant, and cry, “I’m not ashamed of my body!” My voice crashes into the quiet, sending sound waves rippling through the night. For one glorious moment, my body is a beacon, then I dive into the water, mooning the moon before I disappear into the underwater hush and the shock of my own declaration, something I didn’t know how much I wanted until I said it. Later, I will turn each word over in my head, examining them from every angle, searching for hidden meanings. But here, submerged in lake water, the words drift around me, flickering with hope and possibility. Then another thought slips in: what except shame could elicit such a declaration? My words begin to sink toward the dark lake bottom as my body begins to rise.

When I surface, all I hear is laughter. But it’s not the same laughter that lifted me onto the raft. If I were wearing a bra, this laughter would snap the strap. If I were walking to class, this laughter would thrust out its foot and trip me. I become acutely aware of a group of still-clothed swimmers sitting together on shore, away from the parents. They are my age and a couple of years older. I can’t look at them, but I feel every one of their eyes on me. Near the raft, heads bob and limbs splash, oblivious, and only now do I notice that everyone in the water is younger than me. I am the only naked one with breasts, the only one with pubic hair, the only one who failed to understand some unspoken rule about which bodies should stay hidden. Even in the cold water, my face burns.

I debate how long I can stay underwater, consider how far it is to the other side of the lake, how long I can swim in the dark by myself. The younger kids begin to get cold or bored and paddle to shore, where chuckling parents wrap them in dry towels.

Submerging myself again, I wonder how much the older boys saw and what they thought. As I float underwater, I still feel their eyes on me, but something has changed. My skin prickles with a feeling I can’t yet recognize, a shapeshifting mixture of pleasure, power, and shame. I kick my legs slowly to feel my body against the water, the water against my body.

Later, after I wait as long as I can, after most people have disappeared into their sleeping bags or gone home, when I am pruny and shivering and alone, I tiptoe out of the water and, as quickly as possible, wrap a towel around the body of which I am not ashamed. Over the next few weeks, moms will stop me on the pool deck or in the locker room and say things like, “Good for you!” and “You tell ‘em!” while not quite meeting my eye. I don’t know how to reply. I want to ask them how they learned to hide their bodies, what other rules I should know. I want to ask how many ways our bodies can surprise us, betray us, thrill us, mislead us. I want to know who makes the rules, what happens when we break them. I want to ask them if women have always worn shame like skin. I want to ask how long I will feel exposed and if it’s worth that moment of standing naked and brave in the spotlight. Please, I want to say, tell me I will always remember the light on my skin, before everything changed, even when my perspective shifts and I can only see her from shore. Isn’t this how a girl grows up—by offering her body to the world? 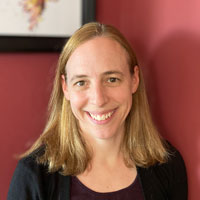 Lindsay Rutherford is a writer and physical therapist in the Seattle area. Her work has appeared in Literary Mama, Lunch Ticket, The MacGuffin, Mothers Always Write, and elsewhere, and has been nominated for a Pushcart Prize.