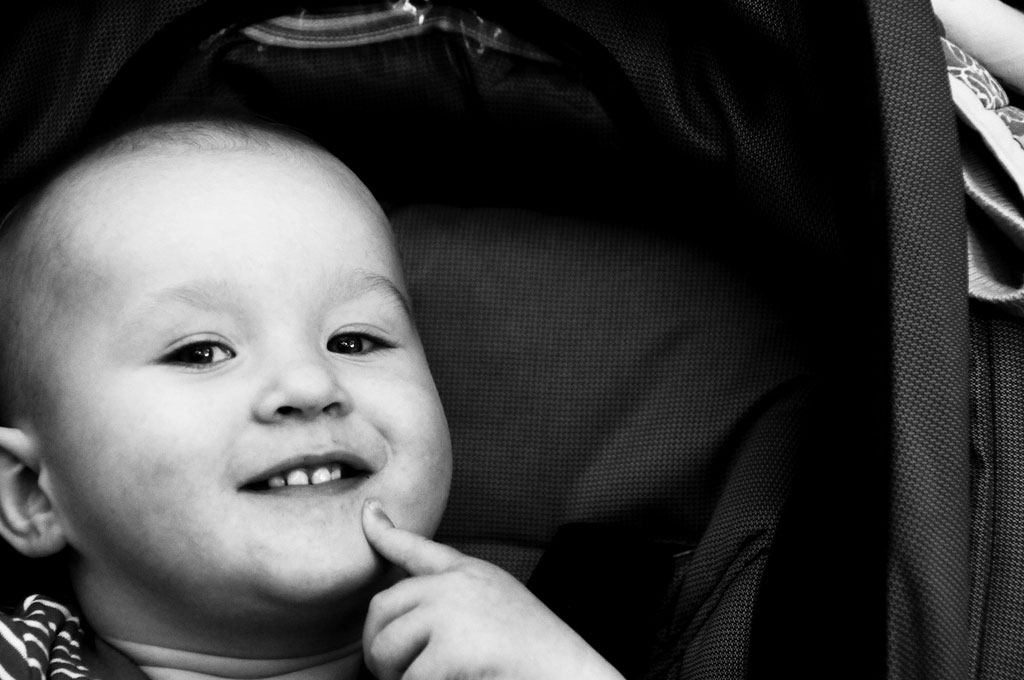 MORE THAN A PAUSE
by Nigar Alam

It was spring in Minnesota, and the winter newborn babies were entering the outdoor world for the first time. There were many in the park behind the senior center that day. Mothers cooed as they bent over each other’s jogging strollers, their cropped yoga pants stretching over the mounds of their well-squatted buttocks.

Christine watched from one of the few benches facing the playground. She turned her head away from the taut mothers and inspected the babies instead, the curled-up little beings in the strollers. They were shaped like commas, but she knew they were much more than mere pauses.

One was parked facing Christine. The single front wheel of the stroller was pushed against her bench, and the mother, facing the other way, leaned her back on the handle of the stroller and laughed with the group that huddled there. Her hair shone golden and strawberry, waving left to right, as she shook her head at the incredulity of some joke.

The infant was belted, physically restrained, but its mind was scheming, wielding its power from behind glassy blue eyes on an egg-white bed. Its stare was unsettling, but at least this infant was not Christine’s affliction. She was free of binding belts and babies. She smiled, lifted her face to the sky and reached her arms out on either side, palms flat on the bench.

“I hope she isn’t bothering you?” the mother said, twisting at her tiny waist to face her baby who was staring steadily at Christine. “She seems mesmerized by you.”

“And who wouldn’t be?” Christine said, still in her fanned peacock position. The mother laughed with her friends at the wit.

Christine had had friends too. And husbands. She returned the baby’s glare. She had had it all until she had paused. She paused for a comma or two, and the world transformed, leaving her behind, incomplete and unable to compete. Sitting on the bench behind the senior center, Christine filled her cheeks with air again, unconsciously attempting to reverse the dents on her face, attempting time travel.

It was a few minutes before she realized the baby was smiling, or laughing, at her with its smooth, plump lips. Glancing to her left and then right, Christine casually deflated her balloon face and readjusted her weight on the three-slatted bench. As she lifted her left leg over her right knee, she kicked forward, jabbing the side of the stroller with the toe of her sensible shoe. The baby was unmoved, but the mother whipped around, her hair a shiny, ironed mane, her mouth slightly open and eyes large on her lineless oval face.

“Oh dear. Did I do that?” Christine said.

Seeing the baby quiet and content, the mother replied with a smile, “It’s nothing. I just got startled.” Then after a moment more of observation, she turned her perky breasts back to her friends.

The baby seemed to have enjoyed the sudden rocking. It stared at Christine with mocking anticipation, and Christine obliged. She waved a backhand at the air in front of her. “Mosquitoes already?” she said to the mother’s back. She continued to swat at nothing, moving her hand closer and closer to the baby’s bare legs, a pair of parentheses lying on the stroller. In a single movement, Christine leaned forward, slapped the baby’s thigh with the back of her hand and returned to her original position. It was too gentle. The baby did not even blink. It just continued to stare up towards Christine, towards the sky.

Christine looked down at her hands. She tilted her right hand, the one that wore the biggest solitaire, and watched the princess cut toss light as brilliantly as it did on its first day. The landscape around it had changed though. A small a mountain range of untethered skin had risen on the back of her hand. She made a fist, stretching the skin, but some hills and valleys remained. She waved at the mosquitoes again, this time with her fist. Her ring reached the baby first, and the platinum prongs left a quick, diagonal scratch right above the baby’s chunky knee. The blood was held just under the skin. The baby’s lower lip fluttered outward, and tears filled up on either side of its nose. But like the blood, they did not spill.

The baby’s hands opened wide and closed tight, maybe as a panic reflex. It tucked its fingers inside its palm, and its knuckle dimples stretched out and disappeared, leaving behind smooth plumpness on the back of its hand.

Christine suddenly felt intense fatigue and stood up to leave. She leaned a bit on the stroller to do so. Her hand slipped onto the baby’s clenched fist, and her fingers pinched the back of its hand. She held the flesh between her forefinger and thumb and squeezed until her own fingers tingled with the pressure. She watched as the creamy peach color turned into a deep red cherry with a tall wrinkle of raised skin in the center. Christine released the hot skin and turned towards the senior center just as the baby let out its scream. 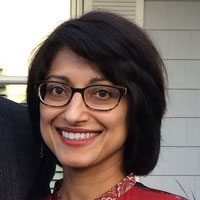 Nigar Alam was born in Karachi, Pakistan, but grew up in Italy, Kenya, Turkey, and several other countries. She hopes to bring all these experiences together in her writing. She is an educator and currently lives in Minnesota with her husband and two children. Her flash fiction can be found in the Atticus Review.