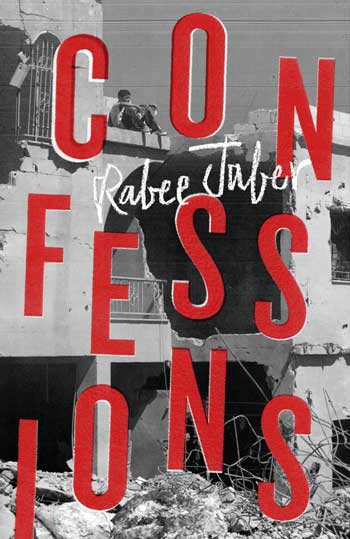 Virility—that most male of virtues—is the heart of American war literature; Stephen Crane’s Henry Fleming learns patriotism in the face of bullets, Kurt Vonnegut’s Billy Pilgrim explores his sexual energy amidst the Dresden Bombing, and Tim O’Brien’s Jimmy Cross is both distracted and driven by his hometown romance. There isn’t much virility in Maroun, the twitchy and vaguely traumatized narrator of Rabee Jabar’s Confessions, however. That’s probably attributable to the hydra that was Lebanon’s Civil War, around which the novel circles. And circles. And circles. And while the spiral, as it too often does, must end somewhere, you can be sure it ends prematurely. Nonetheless, this baroque mania is Confessions most powerful trait, transforming a straightforward family drama into the search for First Causes that war induces in us.

Blunty, almost bored, Maroun introduces us to the facts of his life: he was the sole member of his family to survive a man who “kidnapped people and killed them”; though not fatally, the man shot Maroun “in 1976, on the demarcation line that split Beirut in two.” Unknowingly Maroun becomes the killer’s son. He lives an average (but for the war) childhood in his household, surviving a bullying brother and puberty. All of this is within the first fifth of the book. Much like Jaber’s The Mehlis Report, his only other English-translated novel, Confessions hand waves plot drama for the accruing of the psychological; to Maroun it’s all hazy anyway. It’s no coincidence that the intellectual forbears of the novel are St. Augustine, whose recurring idea of “memory [as] a vast palace with many rooms” is paraphrased as often as Heraclitus’ ever-changing river is implied. Both permeate Maroun’s belabored memory.

These two images—the river shivering into branches, and the compartmentalization of the domestic sphere—underlay the novel’s kinetoscope shape: “Certain memories evoke certain others,” Maroun says in one of his lucid moments. The momentum of this chain logic (AàB, BàC, AàC) is equivalent to a stream of consciousness that makes the viscous imagery yellow lights in a sporadic yet fluid motion. One of his brother’s friends, Ilya, shows him a bag of “marbles, or what I thought were marbles. They looked like small strangely colored glass globes.” By this point the reader, having encountered the humorously disparate memories of a sandwich with “oil and za’atar with cabbage” and a woman’s body beside a pit “full of thick and strangely colored liquid,” are likely to realize that these “marbles” are heavy with implication. “You—hypocrite reader—my double—my brother,” as Baudelaire said, have come to your conclusion already.

The bag of marbles, says Maroun, “was full of human eyes.” Again, though, horror is not the tone. The magic of Abu-Zeid’s translations is the smoothness, casualness. Rather than relating macabre, Maroun (now an engineering professor recounting his childhood) is lecturing: “Why am I telling you this? Because it is a part of me.” This is the confession. The horrors of war can be acclimated to and, occasionally, the terrors of youth we find in the picturesque American experiences of Winesburg, Ohio or an IWW graduate’s debut can trump them. When Maroun and his classmates hit a ball over a demarcation line fence, they don’t retrieve it since “we were afraid of sniper fire, and even more afraid of being punished.” One can laugh at its Monty Python absurdity. Never is there laughter, however, when Maroun confronts his reflections. “If you asked me which memories are real and which are false,” he relates, “it would bring up a lot of fear.” 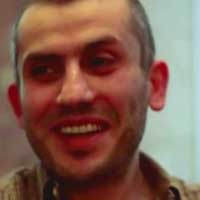 Yet beyond even this, the greatest fear comes in the form of “my double—my brother.” Maroun’s “adoptive” father lost his youngest son in the war, and it is this younger brother that Maroun replaces. The boy’s imagined memory acts as a trigger. His fear is that of a survivor whose doubled memory destroys any rendering of the past. But as this fear’s origins are both memory and imagination, he wonders, “how could I tell the two apart?” The confusion intensifies in the ever-shifting landscape of Beirut, where layer replaces layer without logical coherence: “The Violet bookstore I mentioned…A shoe store is there now.” This unsteadiness repeats itself throughout Confessions in such a way that displacement bleeds from street to narrator and back. The reader, caught between this wavering between points in time, remains as stuck as the obsessive Maroun.

Sadat Hasan Manto, dubbed the greatest South Asian short story writer, wrote a remarkably succinct satire of the Pakistan/India divide called “Toba Tek Singh.” The titular asylum inmate, mid-transfer to India, ends up dead “in between, on a bit of earth which had no name.” This is Maroun too; while we learn little of his politics (Confessions’ images are Lynchian: obtuse and, if affiliated, obscurely so), we are treated to the cake of his personal division. Celebrating his birthday—knowing it is not his—he goes to a café, orders a cake, and “cut[s] the piece in two.” “I was there and I wasn’t,” he adds, closing the circle off too neatly in favor of a satisfied liminal coming-of-age. I was reminded of 1984, Winston Smith sitting in a similar café thinking that “it was all right, everything is all right, the struggle was finished. He had won the victory over himself. He loved Big Brother.” The human mind must be unfathomable (as Maroun puts it) to weld such contradicting sensations.