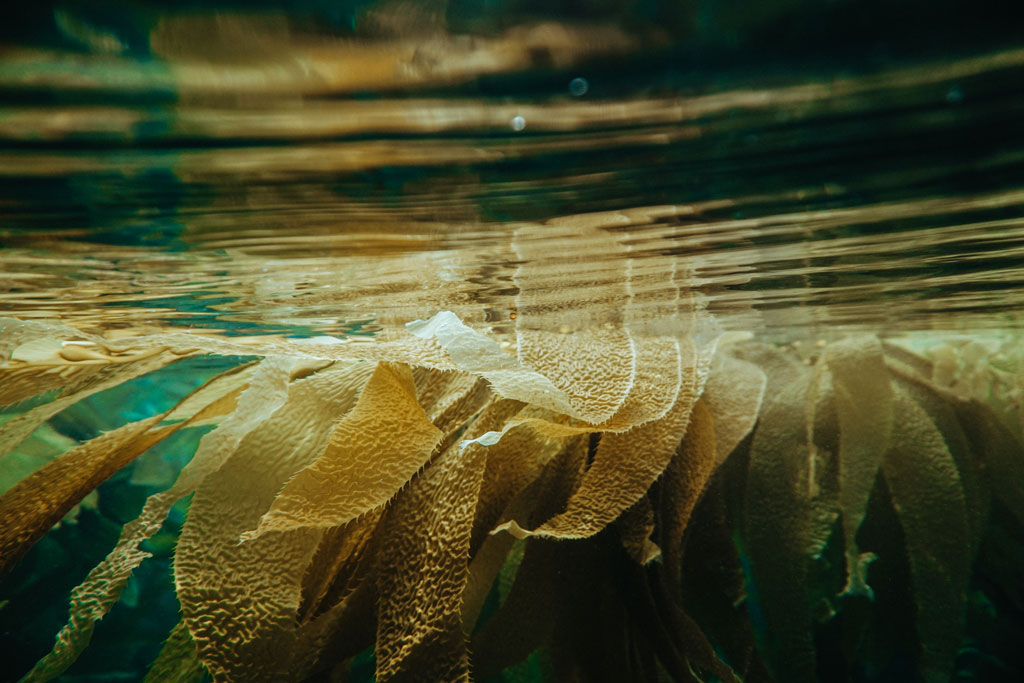 Branching tendrils like spongy green fingers cling to surf-pummeled rock, doing their endless work of collecting sunlight filtered through silvery cloud. The air chokes and refreshes, rot and salt-scent both thick and invigorating. I pluck the seaweed fronds, Codium fragile or “dead man’s fingers,” from their nest amidst skin-slicing barnacles and mussels: they falter to human hands where endless pounding water could not break their holds.

Within the seaweed are tiny beings: pale, semi-translucent, grazing sea slugs. A plume of rubbery filaments—cerata—crest their backs, each one brilliant green with a thick web of dendritic veins. Their bodies taper, are topped with two independent eyestalks—rhinophores—that cast about gracefully and shrink at my touch. They feed upon the skin of the seaweed, ripping into the flesh, sucking from them chloroplasts. They are sacoglossans: sapsuckers.

Much later—I have migrated from rocky shoreline to sterile, clean-lined lab room—I separate the slugs from their food. I hold them with utmost care in a pair of metal forceps: squishy saclike body oozing between cold, hard prongs. The largest of them could stretch out comfortably to full length inside an eighth teaspoon. I place the slug in a glass vial which goes into a plastic box of water; the vial must be in a controlled environment. Tubes snake from the plastic into a steel box the size of a mini-fridge that calculates somewhere in its dark maze of innards how to keep the water bath at a constant temperature of 4℃. Another device connected to a thin probe impaling the vial’s cap measures dissolved air within the slug’s tiny, artificial environment. Just like that, I control a world.

Being an animal, the slug respires. I cover the vial in aluminum foil, blocking all light. Oxygen decreases predictably as the sacoglossan uses up what there is; it’s a neat line being birthed in blue on my computer screen: oxygen concentration as a percent of atmospheric pressure. After the designated period of darkness, precisely timed at half an hour, I proclaim that there be light, and remove the foil without jostling. The slug clings to the glass, muscular foot flexing to progress its pinprick bulk, film of mucus left in its wake. The light, warm and piercing from a lamp suspended above, casts a halo glow upon the sacoglossan’s semi-clear skin, and green becomes gold. Amazingly, over the next thirty minutes, the little line of oxygen rises on the graph.

Some sacoglossan slugs don’t kill and digest the chloroplasts from algae they consume. The organelles, fragile sacs of green pigment and photosynthesizing apparatus, make their miraculous way through gastrovascular systems and into the cerata in the slug’s back. There, the chloroplasts continue to coax sugar from light, life from sunshine.

Are the chloroplasts, then, alive? They survive, somehow, the vicious rending of the slug’s toothy, tongue-like radula tearing through algal flesh, the passage through the squirming digestive tract, and entrapment in a foreign body. Some varieties of these fed-upon seaweeds have incantations imbedded in their genetic coding that toughen their chloroplasts and enable them to function independently. Are they merely functioning, or truly living?

A well-known hypothesis: in the long-ago depths of evolutionary time, chloroplasts were once independent organisms—single-celled, photosynthesizing bacteria—that, upon being engulfed by another cell, did not break down, but traded nourishment for protection. They were incorporated into algae and, eventually, plants ever since. It seems to be happening again: perpetual innovation of the animal kingdom. Kleptoplasty: the stealing of plastids.

There is still ambiguity. Do the chloroplasts camouflage the slugs, or feed them? The answer might depend on species. Mine, Placida dendritica, remains a mystery.

I return my specimen to its tank. The seaweed is slowly decaying. A webwork of emerald slime floats like mist—I need to refresh the water—but the slugs, tiny pale specks, feed on. Even as the algae dies, the chloroplasts live. Mortality is a spectrum sometimes. 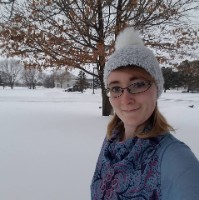 Keygan Sands is a candidate in the Creative Writing and Environment MFA program at Iowa State University. Her work explores the confluence between science, nonhuman environments, and society. Her writing appears in Cold Mountain Review and the climate fiction anthology Nothing Is As It Was. She presented literary research at the Fantasy and Myth Anthropocene International Conference in Brno, Czech Republic. Her visual art was featured in the “Welcome to Iowa: Letters to Carp and Other Immigrants” exhibit at the Signal Poetry Festival in Ames, Iowa.