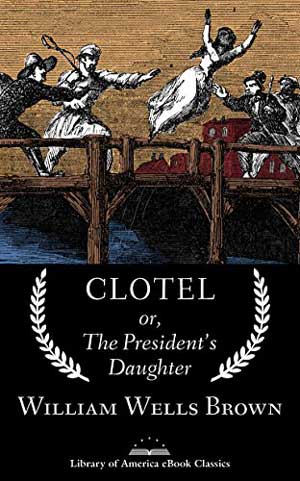 In 1998, scientists performed a DNA test to answer one of the longest-running rumors in American history. Historians could no longer deny the truth: Yes, Thomas Jefferson had fathered children with his slave Sally Hemings. But plenty of people already knew that. William Wells Brown knew this beyond a reasonable doubt when he published Clotel in 1853, a novel that imagines the lives and tribulations of Jefferson’s slave-born daughters. The characters are all fictional, but Brown’s creative liberties stray little from reality. Masters frequently made concubines of their slaves, so why would Jefferson be any exception? Jefferson’s words that “all men are created equal” were a farce in Brown’s eyes, because only in antebellum America could a president’s daughter be born in chains.

The 1850s were an uncommonly productive decade in American literature. Nathaniel Hawthorne published The Scarlet Letter in 1850 and Herman Melville published Moby-Dick a year later. Walt Whitman released the first edition of Leaves of Grass while Emily Dickinson trickled out the first of her poems. These works went on to become mainstays of high school and college curricula while Clotel, the first novel by an African American, undeservedly fell into relative obscurity.

The 1850s were an uncommonly productive decade in American literature. Nathaniel Hawthorne published The Scarlet Letter in 1850 and Herman Melville published Moby-Dick a year later. Walt Whitman released the first edition of Leaves of Grass while Emily Dickinson trickled out the first of her poems. These works went on to become mainstays of high school and college curricula while Clotel, the first novel by an African American, undeservedly fell into relative obscurity. Within its pages, Clotel mingles some of the best elements of each of these authors. Brown has Hawthorne’s critical eye for religion, Melville’s encyclopedic dedication to facts, and Whitman and Dickinson’s curiosity for human lives. At the same time, Brown writes with an authoritative talent for social commentary that places him in a category all his own. 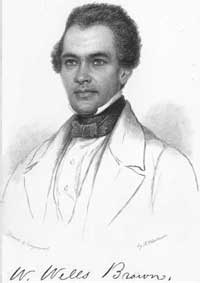 Brown was already an established name by the time he wrote Clotel. His memoir, the Narrative of William W. Brown, was one of the best selling ex-slave narratives of the 1840s, second only to that of Frederick Douglass. He wrote his debut novel while living in exile in England to escape the grasp of the Fugitive Slave Act. He returned to the United States to lecture on abolition across the country, all while continuing to write plays, memoirs, and other nonfiction. Clotel’s influence can be seen scattered throughout the American canon. Brown’s depictions of passing, “tragic mulatto” characters, and other racial themes would be further developed by contemporaries like Frank J. Webb, later writers like Charles W. Chesnutt, and much later figures of the Harlem Renaissance and beyond.

The novel may be titled for Clotel, but it divides its attention equally between Clotel, her mother Currer, and her sister Althesa. After Jefferson’s death, his daughters and Currer are sold to the highest bidders, by which point their relation to the former president has been ignored. The family is separated and spread out across the South. Clotel and Althesa are sold to men who intend to take them as illegitimate wives, while Currer has been sold to a tyrannical plantation owner. As each navigates the unique circumstances of their enslavement, each woman swims against the current to try to reunite the family.

By placing the women in dramatically different scenarios, Brown constructs a broad cross-section of the United States, from which he criticizes white America’s many faces of hypocrisy.

By placing the women in dramatically different scenarios, Brown constructs a broad cross-section of the United States, from which he criticizes white America’s many faces of hypocrisy. Clotel and Althesa’s “husbands” pretend that their marriages are genuine and loving, but they quickly relegate their “wives” to servants the moment the opportunity to marry a white woman arises. Masters turn to religion to justify the “peculiar institution” of slavery, but conveniently ignore scriptures that decry it. Brown dismantles the idea that the United States was a free nation for anyone besides white men, writing,

They have tears to shed over Greece and Poland; they have an abundance of sympathy for “poor Ireland;” they can furnish a ship of war to convey the Hungarian refugees from a Turkish prison to the “land of the free and home of the brave.” They boast that America is the “cradle of liberty;” if it is, I fear they have rocked the child to death.

As much as Brown rebukes white Americans, he also provides a valuable model for allyship. When Currer is sold to Reverend Peck, we are introduced to his abolitionist daughter Georgiana. She, unlike her father, sees slavery for the moral and religious atrocity that it is. Adhering to her principles, she badgers her father as he stubbornly ignores her. Her father’s death comes as a relief to her because she then gains the authority to free his slaves. Yet, Brown tactfully dodges portraying Georgiana as a white savior. Far from it, Brown is precise in noting that the slaves, through their own grit, saved themselves. Georgiana is an example of how whites could be helpful to that end, but are by no means the primary actors.

After Clotel is sold by her “husband,” she escapes and traverses the country while passing for a white man. She remains intent on finding her mother and sister, but she is obstructed along the way. The people she meets give the novel room to digress to describe the systems and circumstances that added to slaves’ oppression. Brown does not shy away from incorporating real examples of lynchings or slave captures to paint a grim portrait of the South, often citing newspaper clippings to ground his point. At one turn, Brown even describes how an epidemic of yellow fever in 1831 New Orleans disproportionately impacted slaves as they were forced to fill in for whites who had fallen ill. Soon, once tensions rose, protests caught fire, prompting Brown to ask,

Did not the American revolutionists violate the laws when they struck for liberty? They were revolters, but their success made them patriots—we were revolters, and our failure makes us rebels. Had we succeeded, we would have been patriots too. Success makes all the difference.

As the father of the African American novel, Brown’s work established the genre’s potential for invoking change. Clotel doesn’t just document America bending towards justice, it actively applies pressure. Brown is always clear and concise in his demands. Even today, as oppressive systems have evolved into new forms, Brown’s words remain enduring directives for equality. In a philosophical moment, he describes how the first slaves were brought to Virginia only a few months before the Mayflower landed at Plymouth Rock. The passengers of each charted two halves of America that would run parallel to each other for centuries. Four hundred years later, the question Brown raises in Clotel still remains unanswered: “When shall one of those parallel lines come to an end?” 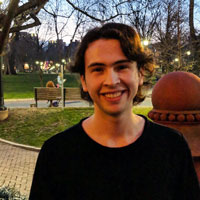