Buy this book on Bookshop.org to benefit Cleaver 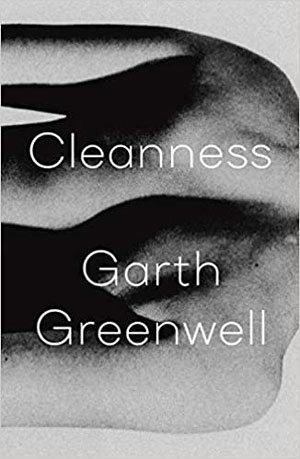 The week I read Cleanness, Garth Greenwell’s sophomore novel, I didn’t go outside. This was in Brooklyn during the third week of April, 2020—at the peak of COVID-19 cases in New York. We were warned to stay inside as much as possible, a difficult feat in a small one-bedroom apartment with a partner and two cats. I found myself lying about, staring at the ceiling, or cleaning, or reading, or cleaning some more. I found myself at odds: to go outside or stay in? To release my pent-up energy or do what I was told? Of course, in a case like this, staying in was the only conscionable thing to do. But the thought remained and followed me through my reading of Cleanness.

At its heart, Cleanness is a novel about duality: the duality of spirit, of desire, of self-perception. How one can be “dirty” and “clean” at the same time. With deft and expressive writing, Greenwell questions our understanding of these concepts. What does it mean to be dirty? What does it mean to be clean? To go outside or stay in. To stay in or go outside. Perhaps they are just two facets of the same thing.

But I am getting ahead of myself.

Cleanness takes place in Sofia, Bulgaria, which will ring a bell for those who have read Greenwell’s debut novel, What Belongs to You. Both books follow the same unnamed narrator as he navigates life in this foreign country, searching for meaning, for feeling, for something he cannot quite name. And if What Belongs to You read as a kind of looking-in (at the narrator’s life, his past and his present), Cleanness reads more like an opening up: it peels back the layers that remained hidden in Greenwell’s first novel. We get a messier and even deeper sense of who the narrator is.

At its heart, Cleanness is a novel about duality: the duality of spirit, of desire, of self-perception. How one can be “dirty” and “clean” at the same time.

The novel is arranged into a lieder cycle (fitting with the narrator’s love of music and opera). Each chapter is sequenced to fit a specific pattern. The first section, comprised of three chapters, presents the narrator in three roles: as a teacher, as a sexual partner, and as a resident of Bulgaria. The second section explores his complex relationship with a Portuguese man known simply as R. The final section is set up similarly to the first, but in reverse order.

At times Cleanness feels less like a novel than a collection of short stories all concentrated on the different facets of a single man. And it’s true. Each of the nine stories in the book could stand alone, but together, they form a whole person.

The “separateness” of each chapter is no accident. It serves an important purpose: from the moment the novel begins, the reader is at the heart of the story. There is no single climax in this work, but rather climaxes throughout the ebb and flow of the narrator’s experiences. Greenwell is one of those rare authors who is not concerned with what the novel structure demands of a story, but rather how a story demands to be structured. 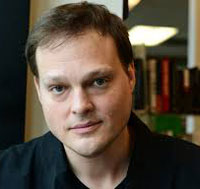 And it’s not only the novel’s structure that mirrors the story it tells. Greenwell’s prose is intensely introspective, so much so that even in scenes with conversation, we still feel completely inside the narrator’s head. This is in part due to a complete lack of dialogue markers, which gives the novel a stream-of-consciousness quality and a poetic awareness that makes sense for Greenwell (who is a poet first and foremost). Greenwell’s prose elevates the narrator’s character, drawing him in sharper and sharper detail as we move along.

And here we are, back at the beginning. Back to the burning, acidic question that haunts every facet of the narrator’s life. What is cleanness? Is it wisdom that he can impart to his students? Is it connection to a country despite the fact that it doesn’t accept his queerness? Is it love? Is it the absence of shame? He struggles with desire, which looms over him, shameful and secret. Sex, for the narrator, is particularly resonant.

The sex in Cleanness is honest and explicit, sometimes violent, erotic, and brimming with meaning. And Greenwell doesn’t shy away from the messiness of sex. In reading these sections I was reminded of a long paragraph in the middle of What Belongs to You, in which the narrator recounts coping with an abusive, hateful, homophobic father in his adolescent years, absorbing his hatred and turning it inward. In Cleanness we see the grit and grime of this past displayed in sexual encounters. “I had never whipped anyone before,” the narrator explains, “but that was how my father had done it, taking the strap to us, as he said, that was how he punished us.”

He grapples with the desire to be punished and the desire to punish, feeling ashamed of both. The reader feels that pain and confusion explicitly. “Was it joy or defiance or despair, I wanted to know where one ended and the others began,” the narrator thinks. There is a constant push and pull, either a resistance or a giving in.

For who hasn’t wanted to do something they feel they shouldn’t? I think back to my desire to spend the day at the park when I had been warned to stay inside. There is shame in our desires. There will always be the public gaze looming over our decisions, over how we perceive ourselves. Will we choose to be dirty or clean? And where do we draw the line between the two? Can we definitively say that one is good and the other bad?

In the middle section, the narrator finds a release, a kind of brightness, in his relationship with R. About sex with R. he says: “Sex had never been joyful for me before, or almost never, it had always been fraught with shame and anxiety and fear, all of which vanished at the sight of his smile, simply vanished, it poured a kind of cleanness over everything we did.”

But while he is grateful for the liberation from shame that R. provides him, the narrator still feels a dark longing. “I wanted something brutal, which was what frightened me,” he says, “I wanted to go back to what R. had lifted me out of…I wanted to ruin…the person he had made me.”

It is this inner war that makes Cleanness so relatable. For who hasn’t wanted to do something they feel they shouldn’t? I think back to my desire to spend the day at the park when I had been warned to stay inside. There is shame in our desires. There will always be the public gaze looming over our decisions, over how we perceive ourselves. Will we choose to be dirty or clean? And where do we draw the line between the two? Can we definitively say that one is good and the other bad?

At one point the narrator touches upon something, a release of shame, perhaps temporary, but there nonetheless. A stray dog comes to him in a moment of vulnerability for them both. It is a dog he knows well, and she wants to be let in. “She was dirty,” the narrator thinks. Then, in a moment of forgiveness, for himself, for the dog, he adds, “but what was a little dirt, I thought as I turned the latch, I should have let you in a long time ago, I said, I’m sorry.” 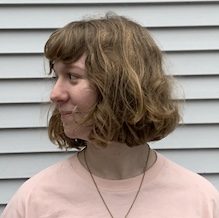 Nikki Caffier Smith is a writer living in Brooklyn. She received a BA in Creative Writing from The Gallatin School at New York University. Her poetry and fiction have appeared in Typishly and Awakened Voices Magazine, and a short story of hers will soon be featured on Kaleidocast Podcast.