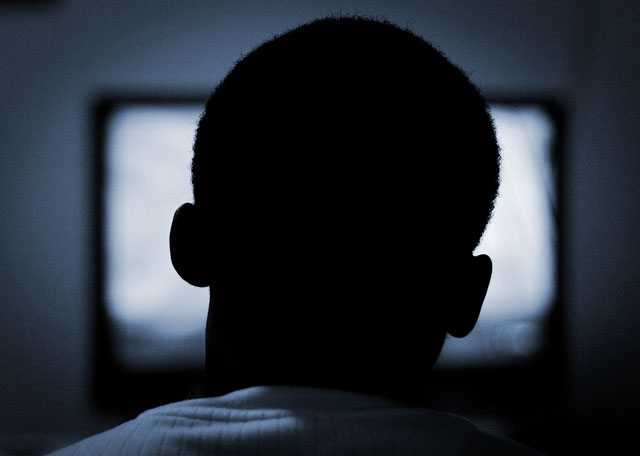 The name was the easy part, as was age and date and place of birth. The address provided, it was decided, would be his mother’s, despite the fact that he had hardly seen her over the past decade, save for a few nights in the previous few months when he had shown up on her doorstep, unannounced, with no place else to go. Before that, he had been in Larchmont or Yonkers, we had heard. Maybe he had moved around, maybe he had stayed in one apartment for years, books on history or pulp spy novels or porn cluttering the closets, stacked at his bedside.

The first time I met him, he ate a third helping of the lasagna I had brought for his mother’s birthday; his eagerness was thanks enough. He stayed quiet otherwise, ignoring the questions about his job, his home, his friends. But his brothers had stopped asking anyway, afraid that he would disappear again if they prodded too much. That night, from where I lay next to my husband in the guest bed, I could see the blue television flickering, illuminating his profile through the crack between the door and its frame. He watched a news show intently. Later laughed at a late night comic. That was the first moment he had been truly unguarded all day.

Armed forces, no. Never married, at least it was presumed. My husband and his mother agreed on these as facts. But then: “occupation.” What had he done for work? He was unemployed when he had resurfaced—a victim of the recession, or so it had seemed. His mother hadn’t asked too many questions and fewer were answered. He had just needed a little help to get back on his feet, he said. Maybe a place to stay for a few weeks, a month, while he looked for more work. But what he couldn’t have known because he had been gone for so long, was that she had already sold her small house in her retirement village and, within days, was moving to a facility a few miles away. She hadn’t told her other sons at the time that their middle brother was staying at her empty home with the electricity and the gas turned off, not leaving during daylight hours for fear of being seen.

So what had his occupation been for so many decades while he had ebbed away from the family? What had he done for a living? My husband and his mother were prodded to answer the question. They remembered him saying once that he had worked at a warehouse. He was handy—had learned that from his dad. Maybe he had done odd jobs, or worked construction. That was what he had told his mother another time, one of the few when he answered the phone she bought for him after he had reappeared for the final time, although she never quite believed him. Those few weeks were the most she had seen him in decades and she had felt relief having him so near, finally, after believing that she had lost him so long before. The son who had always seemed a little different from the others. Who slowly lost his easy smile in middle school, gave up the trombone and drawing by the time he graduated high school. It was never clear why he had stayed so private, had never called his brothers and only rarely answered the number they had for him until it was no longer in service.

So what shall I put for occupation? the mortician asked. My husband and his mother paused, and perhaps we had all thought of how a hiker had found him in the woods a few miles from his mother’s house. He had been living in a tent. He had bought a shotgun.

Laborer, I said. The first words I had spoken. I think that would be accurate. They nodded, and the man behind the desk wrote it down. 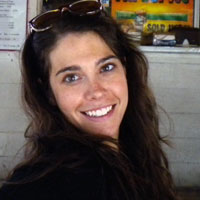 Suzanne Cope is the author of Small Batch: Pickles, Cheese, Chocolate, Spirits and the Return of Artisanal Food and has published essays and articles in The New York Times, The Atlantic, Time, Render, The Riveter, and New Plains Review, among others. Suzanne is also a creative writing studies and food studies scholar and teaches writing at Manhattan College.