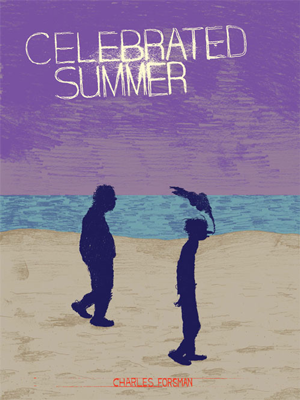 For the first potion of one’s life, summer is a welcome three-month respite from the seemingly stressful remainder of the year. Like the buds of a flower, it is a period of joy in the face of few commitments and responsibilities. But somewhere, as those flowers begin to fade and adolescence sets in, we become forlornly reminiscent of those times as we’re caught in-between one concrete stage of life and another. Charles Forsman’s Celebrated Summer tells of one such swan song, recalling the alternating experiences of two teens as they trip both literally and figuratively in the midst of one teenage summer.

Told through the perspective of Wolf, whose gentle nature is masked by his large frame and sprout-like mohawk, we join a transient trip from the suburbs to the shore. Wolf’s partner in crime, Mike, is a sassy-mouthed wisp of a teenage boy who initiates both trips, leading Wolf down the rabbit hole with two tabs of LSD and on an unnecessarily elongated drive. Mike is clearly the alpha-male in this friendship, though Wolf—who describes himself as “a pretty nervous guy on the inside”—does not seem to object. Rather, he willingly goes along with Mike’s dominant nature as a directionless passenger of his own fortune. 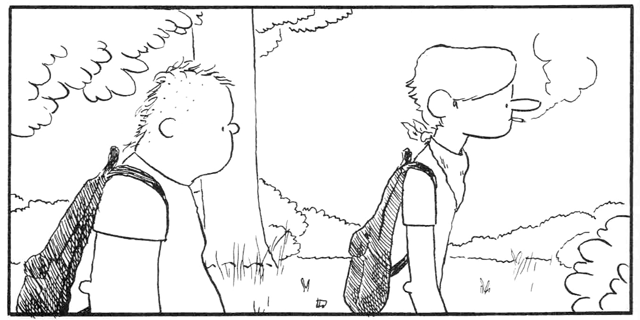 Forsman captures the simplicity of youth in Mike and Wolf’s interactions, as they freely flee and are more drawn to boardwalk video games than of the region’s infamous sinful escapes. The shore, through Forsman’s eye, is gritty and has seen better days; the same goes for the souls that dwell its worn wooden boardwalk, a true menagerie of balding ghoul-eyed men and a leather-clad gang of “Freek Angels.” They are country mice transplanted to the big bad city, surrounded by a bevy of opportunities to indulge in the darker realms of adulthood.

Swimming against the grain of those who tread along the promenade, the two boys retreat to the isolation of the beach and share a joint. Wolf stars out into the cross-hatched blackness and reflects privately upon his social introversion while Mike continues to amble along. He has enough life experience to understand that the past mistakes can never be amended, but lacks the foresight necessary to see that he holds the ability to shed this numbed façade of a teenage tough-guy in favor of the conscious, introspective being we see glimmers of within.

The physical presentation of Celebrated Summer calls to mind the pasty gray scratch paper utilized by countless grade-school teachers to pacify the pens of budding artists and writers. The black-and-white laden pages only intensify this notion, opposing the technicolor trappings of our protagonist’s LSD tour and enhancing the readers’ recollection of their own youth. Though the majority of Forsman’s tale portrays Mike and Wolf externally, there are several moments when we see through their own eyes. Together we witness the dancing skyline of Philadelphia and the reflections of their own disfigured faces as they peer into the mirrors of roadside rest stops during their impromptu beach trip. They are reflected in the arcade games that they each retreat to and melt into their respective situations, Wolf finding himself in the blinking amorphous displays and Mike retreating wordlessly from an intimate offer made by a rather bold young woman.

Mike and Wolf’s friendship, like many that are forged early in life, appears to be one founded by location rather than true similarities. Whereas Mike taps guiltlessly into self-indulgence and gets a rise out of putting down his friend, Wolf’s personality is porous. He has certainly absorbed some of Mike’s one-sided perspective, but he shows moments of true reflection and sympathy. There is an undercurrent of pensiveness and regret, the kind that comes as we grow from children to adults. Summer, a time of long carefree days for children, has for Wolf become a season of aimless wandering that causes him to turn inward upon himself. 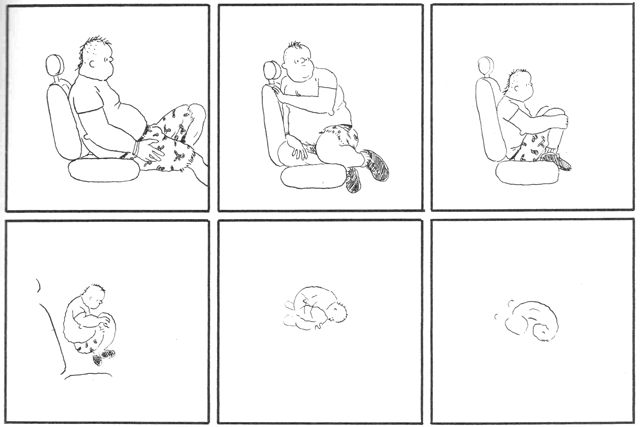 Wolf is the adolescent that Charles Schultz’s beloved Charlie Brown may have grown into: a pudgy-faced boy who displays outward skepticism on the threshold of adulthood. He cannot justify to his concerned grandmother, who questions him authoritatively the next morning. She fuels his youth, making him a sandwich and checking to make sure that the pair of shoes she’s buying him fit properly.

Wolf’s solitary reflections are echoes of most any adult’s thoughts on their own youth and are fitting as the seasons slide from the glories of summer into its inevitable fall. Forsman reaches deep into the cupboards of human emotion and dips into our personal reservoir of childhood memories, bringing them to life in the wanderings of the lone Wolf. “I do still lie awake at night,” Wolf thinks while sitting alone on a bench in the beginnings of a rainstorm. “Strangled with nostalgia. How can those days be so far away? Carelessly passed.” 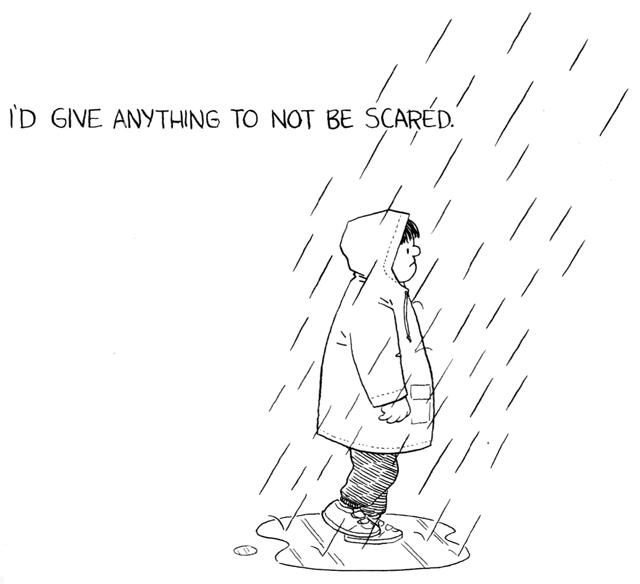