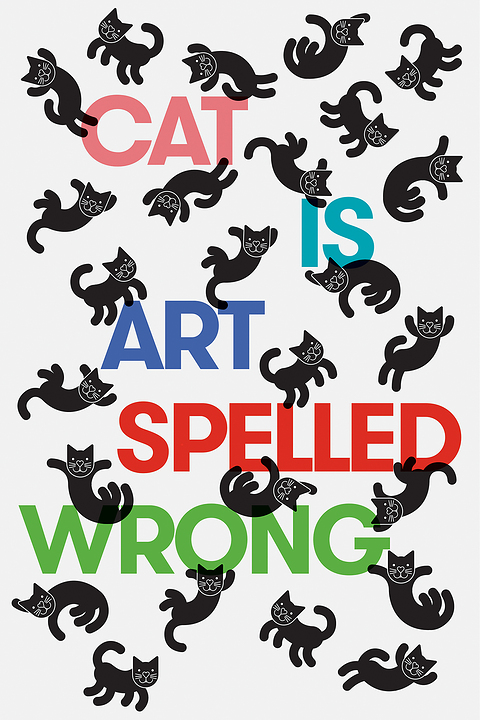 Anonymous’ Internet Rule 38: “one cat leads to another.” This rule is played out, true to form, within the universe it governs. I think of Douglas Davis’s classic “The World’s First Collaborative Sentence,” which (half Mobius Strip) perpetually leads, and (half Internet) begins with “cat purring softly”; or, in the same vein, the more contemporary “Drei Klavierstücke op. 11” by Cory Arcangel, composed of cat-on-piano videos molded into Arnold Schoenberg’s twelve-tone music.

The Internet seems to have returned us to what Schoenberg’s contemporary, the painter Gustav Klimt, asked with his bijou palette and bourgeois nudes: when does something exit coincidence and enter art? As with Klimt’s regal-looking prostitutes, we might ask, where is the line between artistic intention and the more accidental capturing of internal feeling? Now, amidst a flurry of cat media, editors Caroline Casey, Chris Fischbach, and Sarah Schultz have gathered the work of 14 authors to discern meaning in the paw swipes virtuosity. The work is gathered in the collaborative Cat Is Art Spelled Wrong.

This is what is presumed. What happens is that one cat leads too literally to another. Instead of an analysis of the artistic merit of cat videos (the book is sponsored by the Walker Art Center in Minnesota), Art, should it appear, is lost among the fur. In the memoir-ish, semi-paean “Sparrow the Cat,” Alexis Madrigal, deputy editor of The Atlantic, stresses his experience as a cat owner in order to criticize art’s hegemonizing: “We use the nature we find, then make up the rest.” It’s a confession of guilt, seemingly earnest, yet ending with the unsettling change of his Instagram bio from “mostly pictures of my cat” to “mostly pictures of my son.” The former proves a menace to the latter and by luck, not morality, can be moved to Madrigal’s parents’ house. The implicit failure to escape the oddly authoritarian nature of cat loving pairs well with the “slippery and mutable” truth of the Internet. 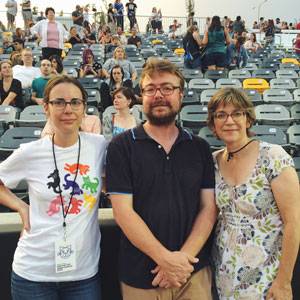 That is Joanne McNeil’s description, anyway. Her essay, “Finding Half Cat,” is not far removed from her essays about perception and technology. She answers a question no one asked about a photoshopped image of a cat on Google Maps; we are inevitably led to the beautifully constructed, although remarkably uninteresting, idea that human memory–symbolized by the dementia of the Canadian Rene Chartrand, keeper of a cat sanctuary near the Parliament–is as flawed in its conception of truth as the Internet, where half cat still walks, still fake.

Of Cat Is Art Spelled Wrong though, David Carr’s ennui-reading “Cats” is the only essay so thoroughly disconnected in its approach to art (and cats) that he sums up his argument with “we will continue to click because it is in our nature.” The late New York Times columnist makes this assessment from the sound principle of his personal dislike of cats. Cat videos, he says, are “where cats should live…imprisoned by my browser.” Carr’s presence in the volume seems merely to be as a counterpoint to cat lovers and this makes his writing come off as tired , dismissive, and disengaged. For a writer who had garnered so much respect, his essay feels more tangential than it could be.

But we are here to earnestly read about the art of cats and cat videos. Carr’s reflective style is akin to those cat videos where the cat’s adorable mewing is muted by the babying voice of the YouTuber. This is when the medium, too aware of its intentions, emphasizes them by imposing them. This is how the dichotomy in McNeil’s “Finding Half Cat,” between Chartrand and the Internet, is pristine as a beach after an atom bomb; how Elena Passarello (continuing the premise of her 2012 collection, Let Me Clear My Throat) gives voice to 18th century poet Christopher Smart, adding to his incomplete “My Cat Jeoffery” (from Jubilate Agno) “seventy-four other lines, each beginning with the word ‘Let’” to match the original seventy-four beginning with “For.” Art, instead of unexpected recording, manufactures the recordable.

The collection is substantially benign, but it’s fundamentally powerful in its coincidences. The very aspect that threatens to drown Cat is Art Spelled Wrong, buoys it: Several of the authors–Carl Wilson, Jillian Steinhauer, Sasha Archibald – struggle with this antagonistic inanity, all alluding to Sianne Ngai’s research on “cuteness,” widely agreeing that the “apparent triviality [of cat videos] resist grander designs and systems.” This is the “stuplime.” Literature’s recent frothing through the boredom of Tao Lin and the wackiness of Miranda July attempts to reign in these qualities that are visible in Junot Diaz and Rachel Kushner, all trace back to this, according to Wilson, “mundane material or circular or fragmentary language from which the rational mind flees.” The scholastic appearance is only nominal.

Cultural critic Wilson continues, “the domestic cat–dependent on us for its existence and yet indifferent…Perhaps not even…except by some circular reasoning that defines music as human-made.” The same tale comes from Brooklyn-based art critic Steinhauer, who says, “YouTube…allows us to create our own spectacle.” And LA curator Archibald offers that “the pet cat was bridled by human heartstrings and tugged further from the wild and closer to the hearth.” For Cat is Art Spelled Wrong, art is the miscommunication of identity; coincidence is art. How art is cat spelled wrong, or how Madrigal’s essay means nothing without what was to come, or how “we make up the rest.”

Whether Henri, Le Chat Noir, Grumpy Cat, Maru, the art of cat videos is an awareness of coincidence, always being at a remove from the object of attention. Dissociation. The art of cats is, as Wilson claims, “the depths of its strangeness, alike to us perhaps only in its basic needs.” Sontag’s description of “Pure Camp” is perfect: “Unintentional; they are dead serious.” The substance of art is coincidence.