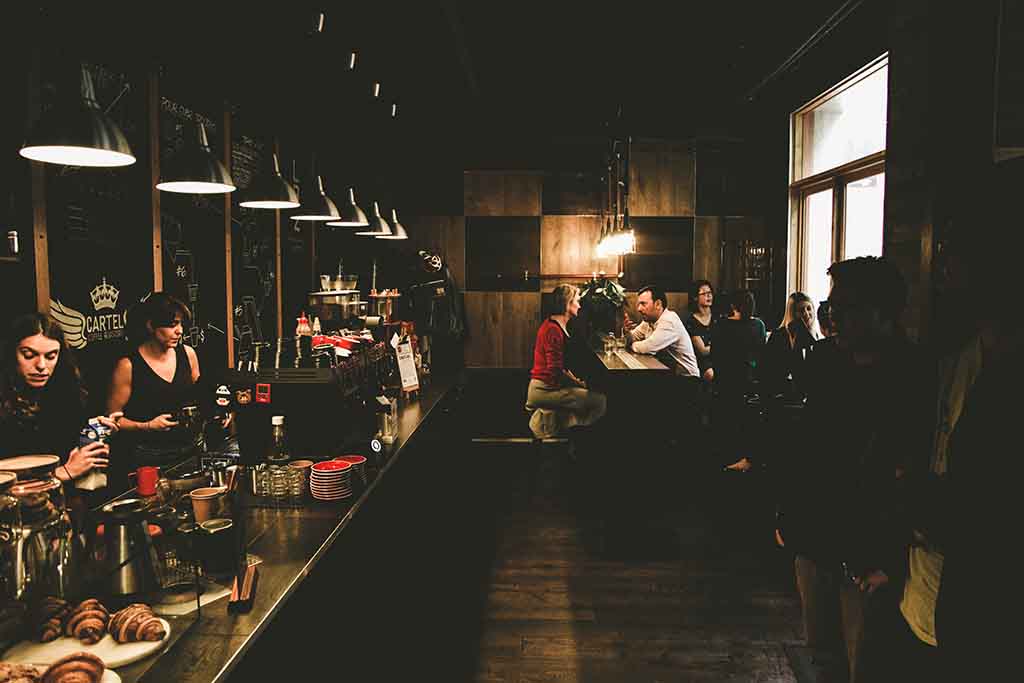 I think about how I’m always depressed, which makes me more depressed, and I wonder if it’s because my friends (all three of them) have died and now I have to attempt to talk with someone who won’t be able to replace them but maybe could hold a candle next to them like that scene in Star Wars where the dead mentors are watching over Luke and that sister he kissed before knowing it was his sister (but we won’t talk about it) and that they’re there guiding me into this conversation with a stranger at a bar that may think I’m hitting on them when all I really want is someone to vent to and help me feel less lonely and maybe they’d help me perceive some purpose on this planet at this specific time in the universe and that I could do something meaningful with my life like how I wanted to become a scientist who studied molecular biology (before I settled for data entry) so I could create things to change the world instead of standing awkwardly near people drinking beer hoping that they’ll ask me absorbing questions so I don’t have to make the first move like: Hey, you look familiar, did we go to college together? or Hey, you look like such a fun and interesting and smart person, would you like to join my trivia team every Tuesday night? and I’d be swept away by all of these new people on a team that banded together as the family I never had (not that I don’t appreciate my grandmother who raised me, but I wish she’d remember who I am when I visit the nursing home) and our team would go on to win some national trivia team competition and travel and we’d room together and none of us would feel the sadness that I’ve sat through in the past because we’d accept each other for who we are and wear helmets but this guy realizes I’ve been standing behind him staring without a beer even and everyone is looking at me like I shouldn’t be here and that I’m weird for bringing my ghost friends to hover over me wherever I go, so I go and I don’t know if I ever can go back to this bar again (another space off-limits) but maybe I’ll try chat rooms, for now. 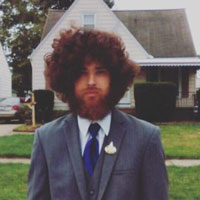 Corey Miller lives with his wife in a tiny house they built near Cleveland. He is an award-winning brewmaster who enjoys a good lager. His work has appeared or is forthcoming in X-R-A-Y, Barren, Bending Genres, Writers Resist, Hobart, Gravel, and Cease Cows. When not working or writing, Corey likes to take the dogs for adventures. Twitter: @IronBrewer