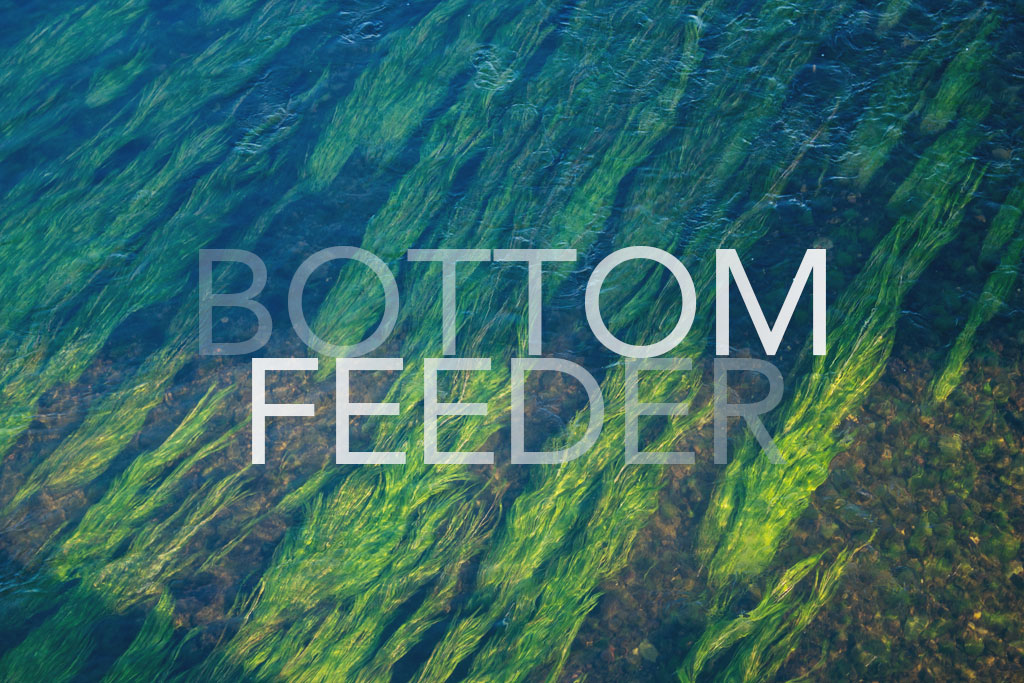 but nowadays your garbled barbles never tasted better. no matter how much your bog moss makes love to the gutter, you still wonder what’s next once you ditch the catfish trap house, with all its iridescent claws a-clash. not everybody can handle a bottom feeder’s garbage trundle, but me? i’m of another puddle. the ones who’d rather eat their demons than leave them to their own diseases. the ones who never lost that most primeval thanatoxic fever. with one foot on the cantilever and the other streaming dirty needles, i pull myself up from the river by my peaty skin and shingles, dripping maladapted tadpoles and the urge to binge on roadside litter, because under every dumpster baby is a mother too tired to keep treading water, and a smoke signal for all the subaqueous fathers who taught her what the thunder said was not for her to ponder, who fed her ageless algae to the alligators just to watch her botched face flounder 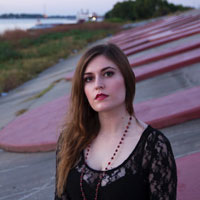 Dylan Krieger is a transistor radio picking up alien frequencies in south Louisiana. She lives in the back of a little brick house with a feline reincarnation of Catherine the Great, sings harmonies incessantly to every song she hears, and sunlights as a trade mag editor. She is the author of Giving Godhead (Delete Press, 2017) and dreamland trash (Saint Julian Press, forthcoming). Her poems have appeared or are forthcoming in Seneca Review, Midwest Review, Quarterly West, Phoebe, So and So, Tenderloin, Coup d’Etat, and Maintenant, among others. Find more of her work at www.dylankrieger.com.