“The Down Side of Up.” This painting explores my views concerning our national obsession with medicating citizens in an effort to subdue and dampen personalities. I believe this carries a steep cost in lost creative potential.

It is perhaps because I spent the first eight years of my life being uprooted from one country to another that I developed a keen skill for observing human behavior. I struggled to learn new languages and to fit in, often with great difficulty. It was during these formative years that I developed a personal language freed from words — the language of drawing and painting. By the time I arrived in the U.S. at the age of seventeen, I had formed a sense of self that allowed me to perceive the world with the eyes of an outsider. I was fascinated not only with the diversity of American people, but also the world they had shaped around them. And although English is the lingua franca across this great country, variation in the spoken word fascinates me to this day.

There is no easy way to explain who Americans are. We are a complex accumulation of beings with unique and varied cultures, traditions, and genetic histories. Perhaps this is why I feel most comfortable expressing my thoughts concerning American identity visually. My models are friends, family, and neighbors—all people with whom I have a personal connection. I have tried to capture something of their stories in my imagery. 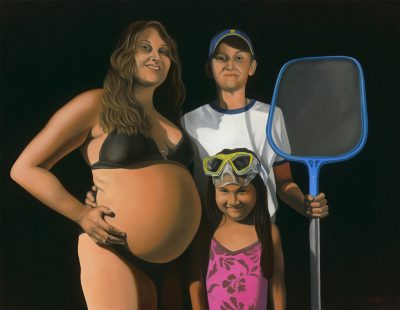 “Urban American Gothic.” I got the idea for this piece while hanging out with the models around their backyard pool last summer. I was immediately reminded of Grant Wood’s “American Gothic.” This work is a tribute to all families, regardless of religion, ethnicity, or gender. The Human Rights logo on the cap is the only hint that this is a same-sex couple. 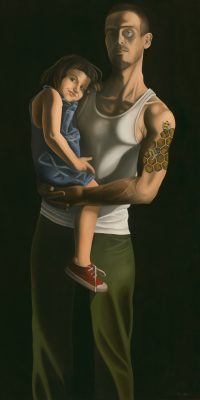 This painting is entitled “I Walk the Line,” after Johnny Cash’s song of that title. It depicts a young father and daughter, with a nod to Caravaggio’s “Pilgrims Madonna.” With this work I address the blurring of gender roles in contemporary families and examine the archaic stereotypes of the past. 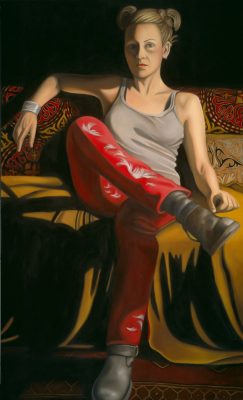 “These Boots Are Made for Walking.” This work is in honor of all women who have survived difficult times in their lives with their dignity intact. 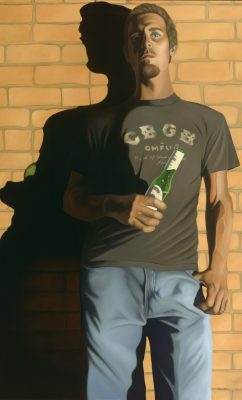 “That which does not kill us makes us stronger.” –Friedrich Nietzsche. This painting is named “A Boy Named Sue,” after Johnny Cash’s song of that title. It’s a personal piece about my son Sascha, and the effect his name had on him as a young child. 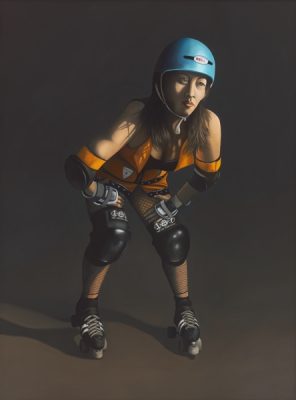 “Chinese Take-Out” is a now retired roller girl with the Minnesota Atomic Bombshells. She is a first generation Hmong from Laos. I wanted to include a Hmong woman in this series to honor the contributions they have made to American culture and history. 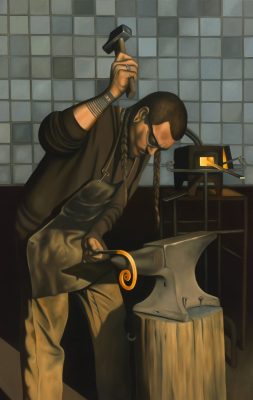 “Mr. VanMadrone” is a local blacksmith working in his shop in Minneapolis. He apprenticed to learn the trade in northern Wisconsin. This painting honors the working class and all who use their hands to create things. I am always eager to embrace the challenge of working with light. 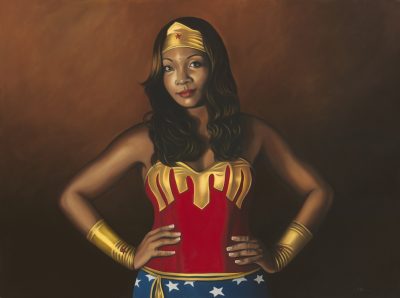 In this piece, I have painted Ms. Antimony Bishop as the fictional character Nubia, a comic book superheroine published by DC Comics. The original Nubia was created by Robert Kanigher and Don Heck, and debuted in Wonder Woman #204. She is a symbol of the inner strength and determination of women everywhere. 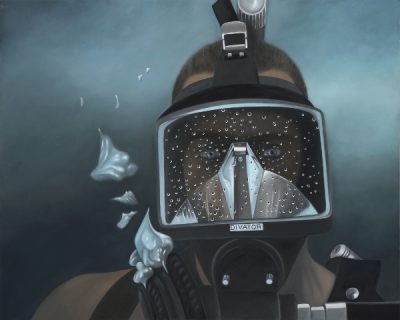 “Mr. DuBois” is a now retired commercial diver and underwater welder originally from Louisiana. His job required him to perform under the most challenging of circumstances, to be highly trained, certified, and to be in peak physical and mental condition. This painting honors those who work behind the scenes and accomplish things we never question and take for granted. 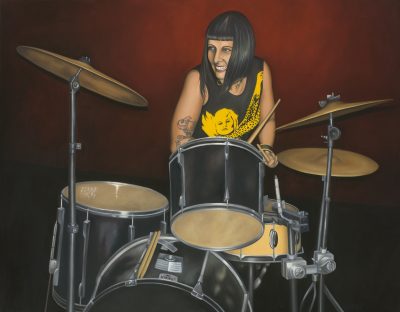 “Ms. Jessica” is a painting of a friend who is the drummer in a Minneapolis punk rock band. I tried to capture her bad-ass enthusiasm for her craft. 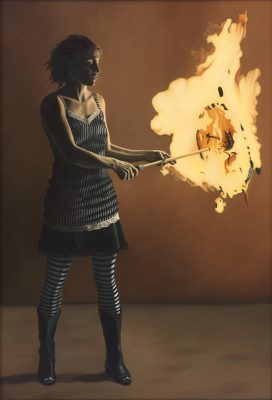 “The Fire Tamer” is about a friend who is skilled in the art of fire performance. She performs locally and nationally with the Infiammati Fire Circus. Although she is trained in a number of performance skills, I was most interested in the challenge of painting fire, and the way the light of the fire played on her face and body.

“Upper Mississippi Valley Sicilian.” This is simply a painting of an Italian-American friend here in Minneapolis. I have a soft spot for Italians, having grown up in Livorno, Italy, and I am interested in the challenges a Mediterranean temperament can create in a northern Nordic culture.

This painting, “A Convenient Myth,” explores my views on how women are portrayed in history. In the ancient world women filled many leadership roles, however a fundamental shift appears to have happened sometime prior to the advent of our Common Era. Many of the myths and legends concerning powerful women of the ancient past were modified or appended, with the objective of portraying them (and by extension – all women) in a less positive light. The ancient Greeks, Persians, and Romans may have started this process, but it was enthusiastically carried forward by the monotheistic descendants of the Sons of Abraham. The legends of Medea, Eve, Jezebel, and Joan of Arc are but a few examples of stories designed to undermine women’s influence in human society. This piece explores how women have been villainized in religion and history, but also reveals how our ancient inheritance survives to the present – albeit just beneath the surface. 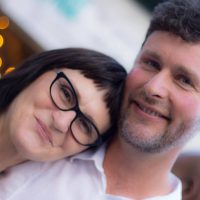 Tina Blondell was born in Salzburg, Austria, to an American father and Austrian mother who encouraged her early interest in art. Crucial to her education as an artist was her firsthand encounters with art in Italy, where she lived until 1971, particularly the work of Caravaggio and of Artemisia Gentileschi. Other influences are Goya, Francis Bacon, and Alice Neel, whose paintings combine an emotional impact with a vision of the human condition. Blondell’s involvement with earlier art informed her technique and interest in narrative, as well as her referencing images from the history of art in decidedly contemporary work.

In the mid 1990s, Blondell settled in Minneapolis, where she continues to live. Blondell has exhibited her work widely both nationally and internationally. Her work is in many private and public collections including the Minneapolis Institute of Arts and the Weisman Art Museum.