ALL THE CHINESE FOOD IN THE WORLD
by Sue Mell 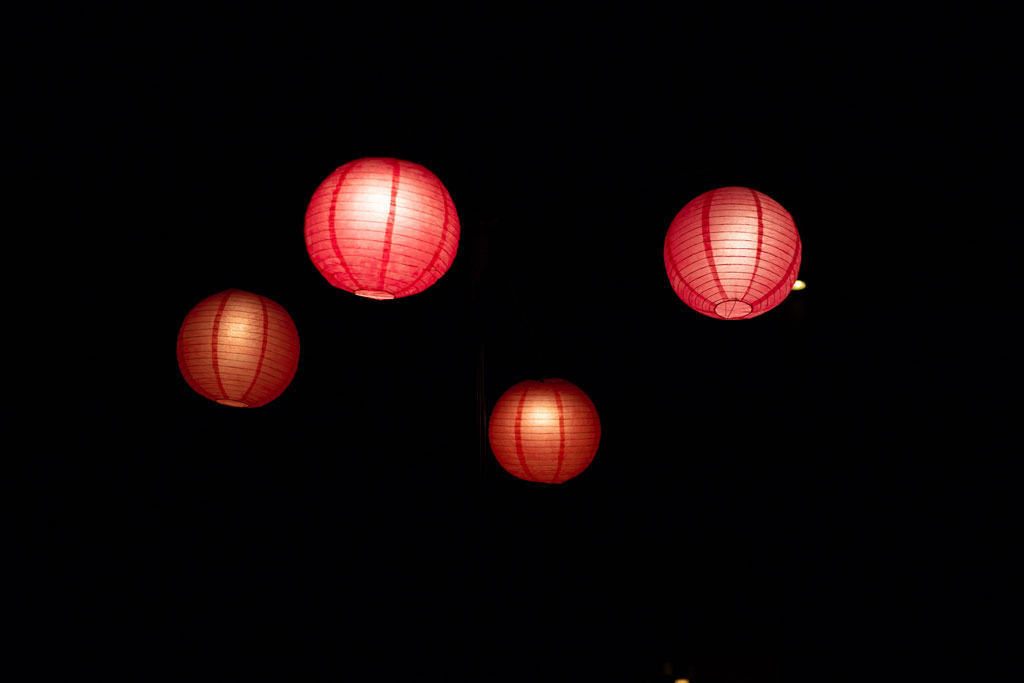 I’m always sad when the gig ends. Three grueling weeks with a showroom crew I only see each spring and fall, preparing for the home textile market. I’ll especially miss the Flower Marys—a jubilant self-named group of gay men who fashion stunning floral arrangements. Peggy, Mary, Louise. Men whose real names I never learned or have long since forgotten. Over time, a musician among them will marry the showroom designer. Others vanish into illness, addiction. The displays shrink, the crew downsize with budget cuts. But this warm spring evening, in the early aughts, it’s all still in place, and I’ve got one night left in New York, where old friends, commercial photographers soon to be forced from the city by hostile buyout, have graciously lent me their tiny West Village apartment while they’re out of town.

Bags packed, rooms tidied, I’m caught in familiar disjunction between east and west coast. “Pick up,” I say, over-ordering Chinese from the place on Bethune, though it’s blocks away.

At Bleecker, a yellow cab slows; the driver stares rolling past. Exhaust trailed by a faint scent of honeysuckle. Violet dusk dissolves the thin wedge of playground ahead, memory slip-sliding into overlay as I cross the street—this neighborhood the stomping ground of my early adulthood. I was forged here, but it’s no longer my home.

Exiting as I enter, a delivery guy blocks my view. But when I reach the counter and give my name, there they are. The Flower Marys, in their casual best, gathered around a banquet table in the garish dining room.

Community’s a tired word that doesn’t capture their spirited bond. Its sharp edges of derogatory wit. The longings shared, the common drive for physical release. No late hour, no black eye, no drunken fall down a brownstone stoop, too much to preclude comfort, rescue by any means. A belonging that I—a straight woman, single, middle-aged—will never know. My envy most shameful considering the era they came of age.

Their boss, who resembles the silver-haired partner on Mad Men—and on whom I’ve always had a crush—raises his chin in smiling recognition. He tips his head; an invitation to join. I smile back, nod toward the takeout bags lining the counter. He shrugs, as if saying, your choice. Indecision races my heart.

“Twenty-nine-oh-four,” the cashier says loudly. I’m slow to realize he’s speaking to me.

“Sorry, sorry,” I say, fumbling for my credit card.

When I look over at the table again, glasses are raised, the silver-haired Mary’s head thrown back in laughter. If I walk over, someone will pull out a chair. They might even fill me in on the joke. But my lonely status, so painfully blatant, will change the evening’s tenor, their raucous pleasure curtailed. For a moment, I watch. Then the cashier returns my card, motions me to clear the way. Inside flimsy white plastic, the paper bag’s already seeping grease. I take my food and slip back out into the velvet night. 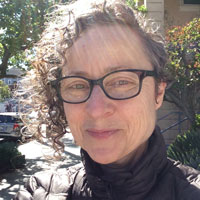 A graduate of the MFA Program for Writers at Warren Wilson College, Sue Mell’s work has appeared or is forthcoming in Narrative Magazine, The Journal of Compressed Creative Arts, and Newtown Literary. A collection of her flash fiction was recently selected as a semifinalist in the Black Lawrence Press chapbook competition.

Image credit: An Tran on Unsplash