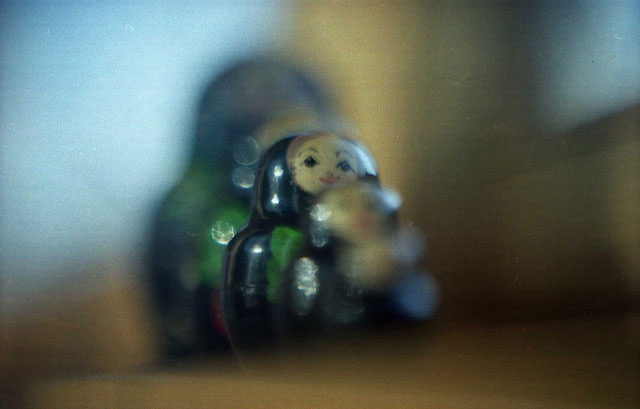 A REPLACEMENT
by Ingrid Claire Wenzler

On a narrow street in Berlin, all cobblestones, I remember turning, seeing first, the morning light on the rubble someone had swept against the curb and then, a child alone in a doorway.

“What’s that you have?” our second lieutenant called out.

The child, a little German girl with fine brown hair, looked over and in this sweet, sort of hesitant way waved.

I have a hard time, even now, believing what happened after that. The lieutenant went over to the little girl and grabbed the doll she was holding. “I asked you a question,” he said. Then he threw the doll to me.

I caught it and, without a thought in my head, tossed it like a hot potato to another soldier. It was a baby doll small enough to fit inside a hand grenade. I remember it was dressed in a baptismal gown with a lace hem. I remember its features were painted. I remember its complexion reminded me of white powder, of something solid and not solid.

The other soldier threw it to a friend of ours, who was ahead of us, and, if you can imagine, this tiny porcelain doll moved through the air like a ball, its arms at its side, not flailing at all.

Two soldiers began to pass the doll, short, oblique passes, just between them.

A part of me wanted to go after them, but it felt too late for that—they already seemed so far away—and I was more concerned about the little girl than I was about the doll, so I went over to the girl and what’s so strange, in retrospect, is I wasn’t thinking about any of this. It was just happening. I was just moving. I bent down in front of her so that I was at her level and pointed to the lieutenant and the soldiers with her doll. I told her I was sorry in Russian. I told her she shouldn’t be scared; the war would be over soon, and she would be lucky. She would forget most of it. What she would remember wouldn’t be what happened. It would be something physical, something she had kept, a Russian doll a soldier sent her in the mail, to replace one that had been lost. 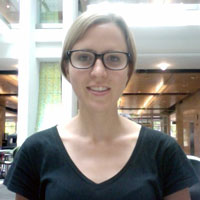 Ingrid Claire Wenzler studied Creative Writing as an undergraduate at Connecticut College and is now a graduate teaching assistant and MFA candidate at the University of Arizona. She’s at work on a collection of stories unified by subjects as tenuous and various as failure, regret, nostalgia, and solicitude—what Faulkner might have called “old verities.”