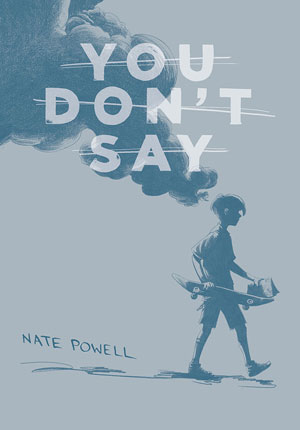 Given ten years, an artist can undergo a series of personal evolutions that may come to mark them as a master. Among these seasoned individuals sits Nate Powell, a graphic novelist who has been writing and self-publishing since the age of fourteen. His most recent collection, You Don’t Say, presents seventeen short stories written over the course of a decade that celebrate the range of realizations that contribute to our inevitable maturation.

Targeting a young adult audience, these narratives are relatable to all who are in or beyond those infamous teenage years. From nights spent idling in barren parking lots to the realization that we will not forever willingly stay up past 3 A.M., Powell captures the a-ha! moments that come to define us as adults in the face of calendar rotations. Each installment features a brief text-based introduction that both describes the inspiration for the following piece and explains the comic in relation to the artist. Powell also includes suggestions as to how certain pieces should be read, asking the reader to consume several in one go or to allow features to work as singular entities. He shows the reader respect, and we in turn follow him down a psychological rabbit hole into a shaded world of self-doubt, superiority complexes, and good but misplaced intentions. Among these well-laid plans is the narrative “Cakewalk,” a non-fiction account in which a young white girl dresses in blackface as Aunt Jemima for Halloween. Forced by a teacher to remove the meticulously applied charcoal, we learn that the girl deeply wishes to embody the person she imagines the iconic matriarch to be: “I imagined that everybody liked Aunt Jemima. And that they stared at her face like I did when I ate pancakes in the morning.” 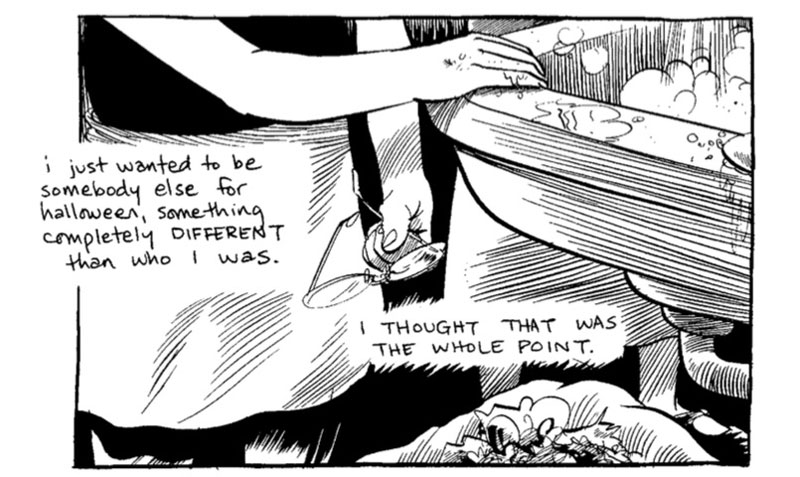 These moments where the veil of childhood naïveté is lifted track through each of Powell’s stories, acting as a common thread that binds imagined instances with recollections of moments within the author’s own life. In the early 2000s, Powell worked as a full-time care provider for adults with developmental disabilities; he recalls in “The Phantom Form” his last workday at a facility, delving into the observance of personal boundaries and attempting to see his position as “a tool to help another live out her life more fully.” While this comic relates directly to ableism, authority, and disability, he meditates on the repetition of entrustment that happens over the course of one’s life. There are countless instances of unplanned absence and discord, and we are expected to keep marching along as best as possible to the same beat. This proves to be easier for some individuals than others, given various states of experience and ability; in choosing to trust someone, we are also making it possible for that bond to either systematically or spontaneously disappear.

Beyond these pivotal experiences, Powell considers the half-life of ancestral memory and the ways in which the particular actions of generations past are played out in our contemporary day-to-day existence. We seek specific forms of happiness that are inherent to our bloodlines, as the female protagonist in “Conjurers” encounters during an evening of preparing her great-grandmother’s fried chicken recipe. “Sometimes it seems that the act of re-creating a recipe of the deceased is a magic of sorts,” writes Powell in the story’s preface. “It’s the closest we can come to summoning their distinct, intangible properties, and does seem to truly carry magical properties allowing us to transcend the limitations of our existence.”

Inspired by Ray Bradbury’s short story “Powerhouse,” Powell unites three generations as they prepare meals in times of electrical and familial expansion; beautifully illustrated, these women remind us that we should always use everything that we are lucky enough to have—whether it be chicken giblets and wishbones or a night to gather, bodily or spiritually, with those we love. 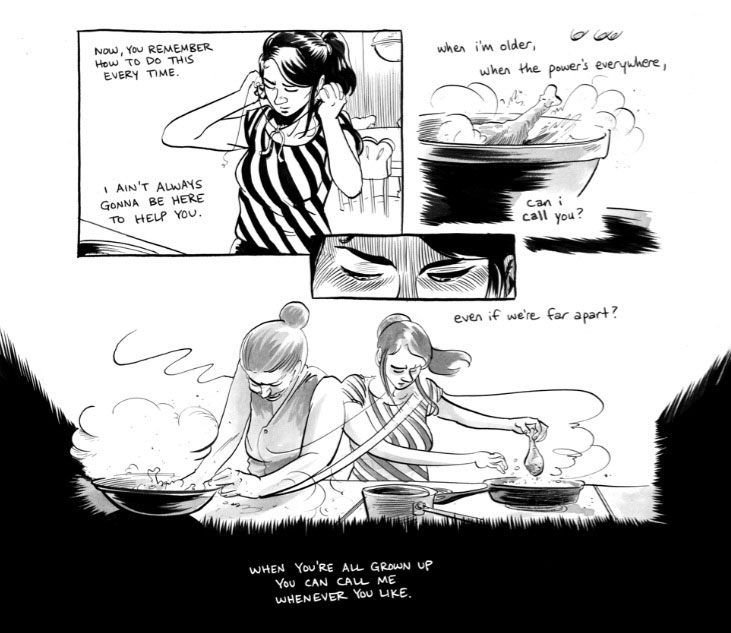 You Don’t Say is a marvelous collection of moral vignettes that profile the moments swept under the rug that we seem to keep tripping over. Powell guides readers into exploring our own opinions of what should and should not be deemed failure or success, baring in mind the fact that we were all once unscathed in our own age of innocence. “Hail those things that make us walk possessed as children, the earliest semblance any young person has to a real passion,” he pens in the final comic, “Havens Have Not,” which depicts a young boy as he peruses art supplies and explores an interest in drawing. A decade is enough to make or break the crazed obsessions that blip across the radar of our youth. Thank goodness the craft of comics has continued to be a steady signal through the years for Nate Powell.