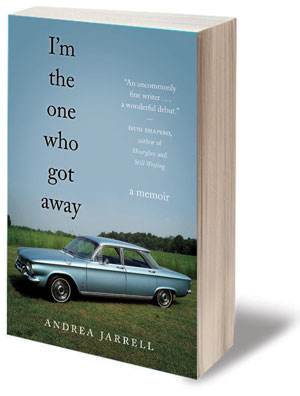 A Conversation with Andrea Jarrell
Author of I’M THE ONE WHO GOT AWAY
from She Writes Press, 176 Pages

Haunted by her father’s absence and riveted by her single mother’s cautionary tales, Cleaver contributor Andrea Jarrell longed for the “stuff of ordinary families,” even as she was drawn to the drama of her parents’ larger-than-life relationship. In her new memoir, I’M THE ONE WHO GOT AWAY (She Writes Press), Jarrell revisits family stories starring wolves in cowboy clothing and lambs led astray by charming savior-saboteurs, to recount how she escaped a narrative she’d learned by heart.

Jarrell’s work has appeared or is forthcoming in publications including The New York Times, The Washington Post, Narrative Magazine, and Lit Hub, among others. A Los Angeles native, she currently lives in suburban Washington, D.C., and works as a communications strategist for educational institutions. Read Andrea Jarrell’s craft essay “Becoming an Outlaw: How My Short Fiction Became a Memoir,” published last year on Cleaver.

Cleaver interviewer Elizabeth Mosier asked her about the long road to writing her own story.

EM: You’re the one who got away. What does “getting away” mean for you?

AJ: The book’s title speaks to the getaway at the heart of the book—my mother leaving my [violent alcoholic] father when she was pregnant with me—but it also speaks to my feeling that I have escaped my family’s dynamics. I went to college, I got out of a bad relationship, I married a good man and created a family. For so long, I didn’t realize that my mother’s life choices were driving so many of mine. When I could see the bright lines of my story, that’s when I was no longer writing her view of the world.

EM: Your mother’s “Nick” is your “Wes.” He’s the son of one of your early writing teachers, “Isabel,” who praised your talent but then sabotaged your work by fixing you up with her brilliant but binge-drinking son. 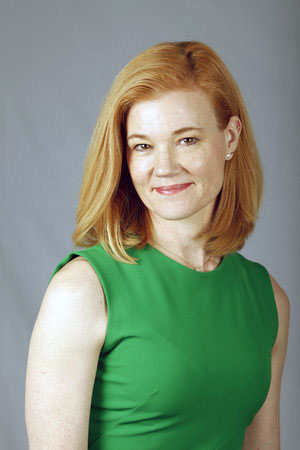 AJ: Leaving “Wes” was such a pivot in my own life, and I think it’s a natural pivot in the story. People who read the book are so mad at “Isabel,” and I was, too! As somebody who has a lot of relatives with addictions, I understand her impulse to look for a good thing and hope it would change things for her son. It felt like I was the chosen one, and then it felt like it was all just a big trick. You’re very vulnerable in any writing program, as an artist and as a person, because you’re putting out this work that you care so much about. I’ve had some hard knocks with that, and also some good luck with very helpful mentors. But as the artist, you have to do the heavy lifting. Even though I wanted to be published in my twenties, I don’t know that I could have stood it. I needed all this recovery to gain confidence and authority, to be able to stand on my own two feet and not get knocked over.

EM: You first started to explore this material as fiction, while pursuing an MFA at Bennington in your late thirties.

AJ: It was so helpful to start as a fiction writer. What I learned at Bennington is that it’s easier to write lovely sentences than it is to tell a good story. I grew up hearing stories—my great-grandmother, my grandmother, and my mother all had a talent for choosing the telling detail. But it took me so long to construct something, to figure out what details fit into something bigger, or what details could make the story grow. A line of remembered dialogue might be a jumping-off place, or an aperture that I can open up. Even if it’s my starting place, it might not end up being where the story ultimately starts. It might be a window in. The more I revise, the more I learn to trust that there’s more there to find.

EM: What were the biggest challenges you faced when you began working with this material in nonfiction form?

AJ: I loathe the idea of being overly explanatory or melodramatic. I didn’t want to turn my story into an Al-Anon meeting. Yet editors would say, “It’s okay to dwell here.” There were certain points where I needed to be more direct—more telling, not just showing. The marketing writing I do for work has taught me how to hook people’s attention, but there are hazards to that kind of writing, too. In art, the writing can’t be too neatly packaged.

The hardest part [in developing this memoir] was figuring out a structure that worked to develop the central themes of desire, an unusual mother-daughter bond and its impact on sexuality, and recovery.

I resisted arranging the chapters chronologically, because that’s not as interesting to me. In the end, though, the story is told mostly in chronological order. Still, I couldn’t bear to start in childhood. For one thing, I thought it would be easier to engage the reader in an adult’s life than in a child’s. Also, in the chapters where I am a child, there’s an imbalance of power. It’s more my mother’s story than mine.

Finally, I realized that the trigger for the book was the murder of a woman, my neighbor when I was living in Maine with my husband and children. It happened during my time in the MFA program at Bennington, and I immediately wanted to write about it, though I didn’t understand why it was such a powerful experience. Once I decided to begin with this story, a lot of narrative problems were solved. I could start as an adult and make natural connections between my life and my mother’s.

EM: As you write, that story was “A path that paved the way, inevitably, back to my mother.” You return to childhood to answer the question that opening chapter asks: How did you avoid becoming that woman you feared, whose sexuality seemed to put her in peril? You found your way to a happy life, which, for you, means a lasting marriage, motherhood, and a creative career. And yet, between the lines of your memoir there lurks a fear that you don’t really deserve what you have, that you’re “getting away” with something.

AJ: I haven’t experienced true tragedy, but I’ve had bad things happen that felt tragic to me. Having escaped that, part of me waits for the other shoe to drop. But the message in my memoir is to keep choosing life. I never want to just give up—to say that this is all I get, that this is my fate. I want to keep believing that I can evolve, that I can have new experiences, and that I can grow.

EM: Perhaps one of the things you learned from your mother is to have confidence in your ability to navigate the unknown. You make clear in the memoir that your mother has healed, is healing, and is making plans for her future, too. And yet you felt nervous about the way you depicted her, and sought her blessing to tell this story.

AJ: In order to tell my own story, I had to tell some of my mother’s. I feel a sense of responsibility about that. I don’t actually know what I would have done if my mom objected to the book—if she weren’t who she is. My father is the villain in the story, though I do try to show his better nature. I’m always surprised when people say, “There’s so much love in the book.” Even when it comes to my dad.

EM: Your memoir’s publication coincides with National Recovery Month. Is this a recovery book?

AJ: Certainly not in ways one might expect. It’s not about recovery from any specific addiction. I think that, as humans, we’ve all got a void within us that we’re trying to fill. Figuring out how to do that in a positive rather than self-destructive way is part of what the book is about. I think about what Vivian Gornick has said of memoir, “What happened to the writer is not what matters; what matters is the large sense that the writer is able to make of what happened.”

I’m the One Who Got Away isn’t trying to tell anyone how to recover. But I do think it wants to make sense of the healing we are all trying to do.

BECOMING AN OUTLAW Or: How My Short Fiction Became a Memoir, a craft essay by Andrea Jarrell

ON THE MIRACLE MILE by Andrea Jarrell