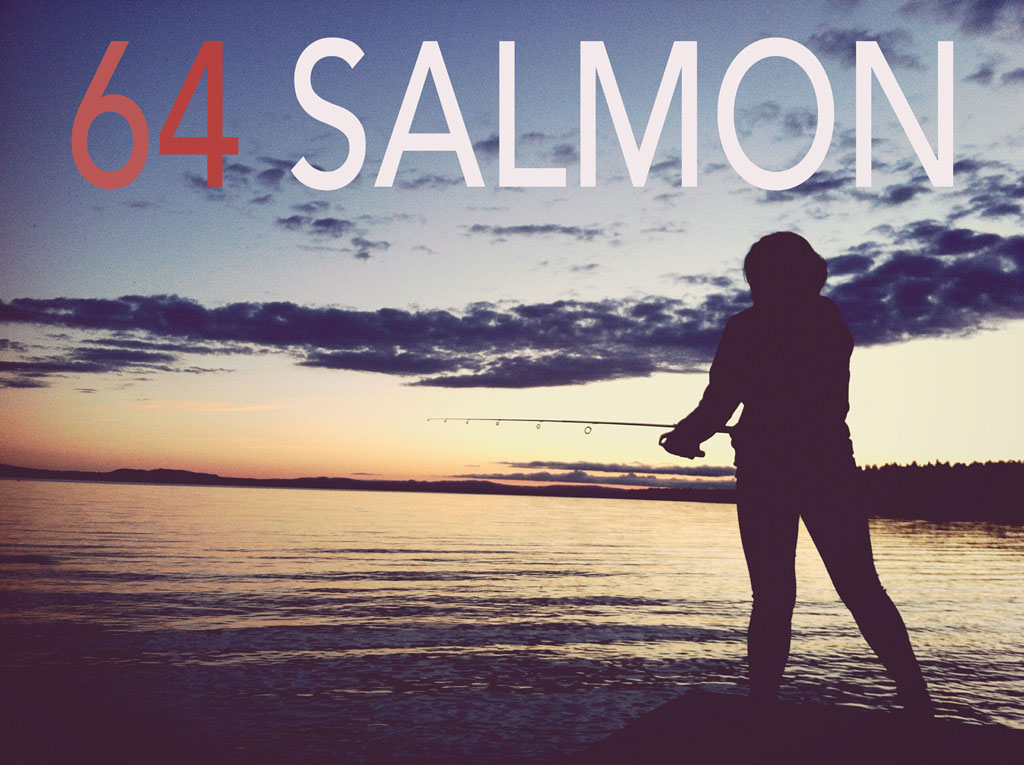 As he trudged through the water-logged grasses, the weight of the canoe’s bow suddenly doubled in his hand. When he turned to look aft, his daughter knelt in the mud.

“Are you okay, Monkey?” he asked. His neoprene waders hobbled him and kept him from rushing to her.

“Why does it have to be so dark?” She shook mud from her hands as she stood.

“Well, when the sun hits the water, the temperature—”

“I know, Dad,” she said, picking back up her end of the canoe. “I know.” She jerked her head toward the lake.

He grabbed the handle on the prow of the canoe and resumed picking his way through the knotted grasses and weeds that laced the muddy trail, leading their way to the shore. He ignored the thorns that pulled at his sleeves and resisted the urge to swat the black flies from his neck. He pointed with his free hand.

“Do you see the first light there over the water?”

When she didn’t respond, he looked back again.

She nodded quickly, as if he should know she’d been nodding all along, constantly, for some few years now at least.

“Do you remember when you used to draw sunrises all the time?” he asked. “You were always running out of orange crayons.”

When he glanced back at her, she shook her head. The two of them kept walking.

“We used to buy you new ones every year for Christmas,” he called back over his shoulder. “And your birthday, too.”

The canoe pulled hard to the right, but he resisted looking. He slowed his steps, and the canoe straightened.

“What?” He could tell from her tone that she was shrugging off vines, trying to shoulder away the flies. “I need to switch my grip,” she said.

He felt the angle of the canoe shift in his hand and waited.

“That over there looks orange-yellow to me,” he said, lifting his chin to the east. “What do you think?”

The canoe lightened again and nudged into his thigh.

He pointed. “Along there, above those bushes, that’s cornflower, don’t you think?”

“Cornflower,” he said and nodded to himself. “And maize.” His voice hung above the lake’s surface, flickering one level up from the water bugs, one below the mist, alongside the slow creep of morning.

“You used orange-red, sometimes,” he said. “And there was one you always ran out of first.”

The mud and the grass grew deeper. A mosquito dug into his temple that he pretended not to feel.

They bent their knees as the canoe lightened and slipped forward onto the water. He held its side while she climbed in. She stuck the oar in the mud while he did the same.

A small flock of ducks flew overhead. In another couple months, he would invite her home to hunt. The weather would be too cold. The mud still too deep. The shotgun too loud in her ears.

She dug through the tackle box and did not look up.

“What?” he said, at first not understanding the irony of her response, then remembering the pink-orange-yellow, the lush flesh, the not-quite-watermelon of her salmon crayon. How could he forget that he’d bought sixty-four boxes of crayons just to make her one whole box of salmon?

“I’m going to use the Panther Martin,” she said, holding out the lure. The gold spinner caught even the still-meager rays of sunlight.

In a moment, she would finish tying it with the weights that would take the lure to the just-right depth. She would flick her wrist back and then forward. She would crank the reel as she counted in her head, just as he’d taught her so many years before. Or maybe she didn’t have to count anymore.

He wanted to tell her to slow down. To have patience and let the lure swim. To not spin the reel so hard, so fast. To focus more on the feel and the flow. To watch the line, the tip of the rod. To make sure she knew if you pulled too hard, the line would break.

Instead, he watched the sun rise above the lake. 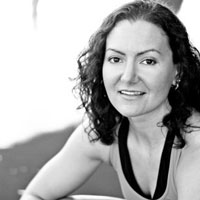 Becca Borawski Jenkins holds an MFA in Cinema-Television Production from USC and has short stories appearing or forthcoming in Menacing Hedge, concis, The Forge, The Journal of Compressed Creative Arts, and Syntax & Salt. She and her husband spent the last year living off-grid in a remote part of North Idaho and now roam North America in their RV.

THE SURFER by Claire Rudy Foster

ONE MINIATURE GAMEBOOK by Drew Knapp

WHEN TWO BROTHERS ARE THE SAME AGE by Alex Eaker