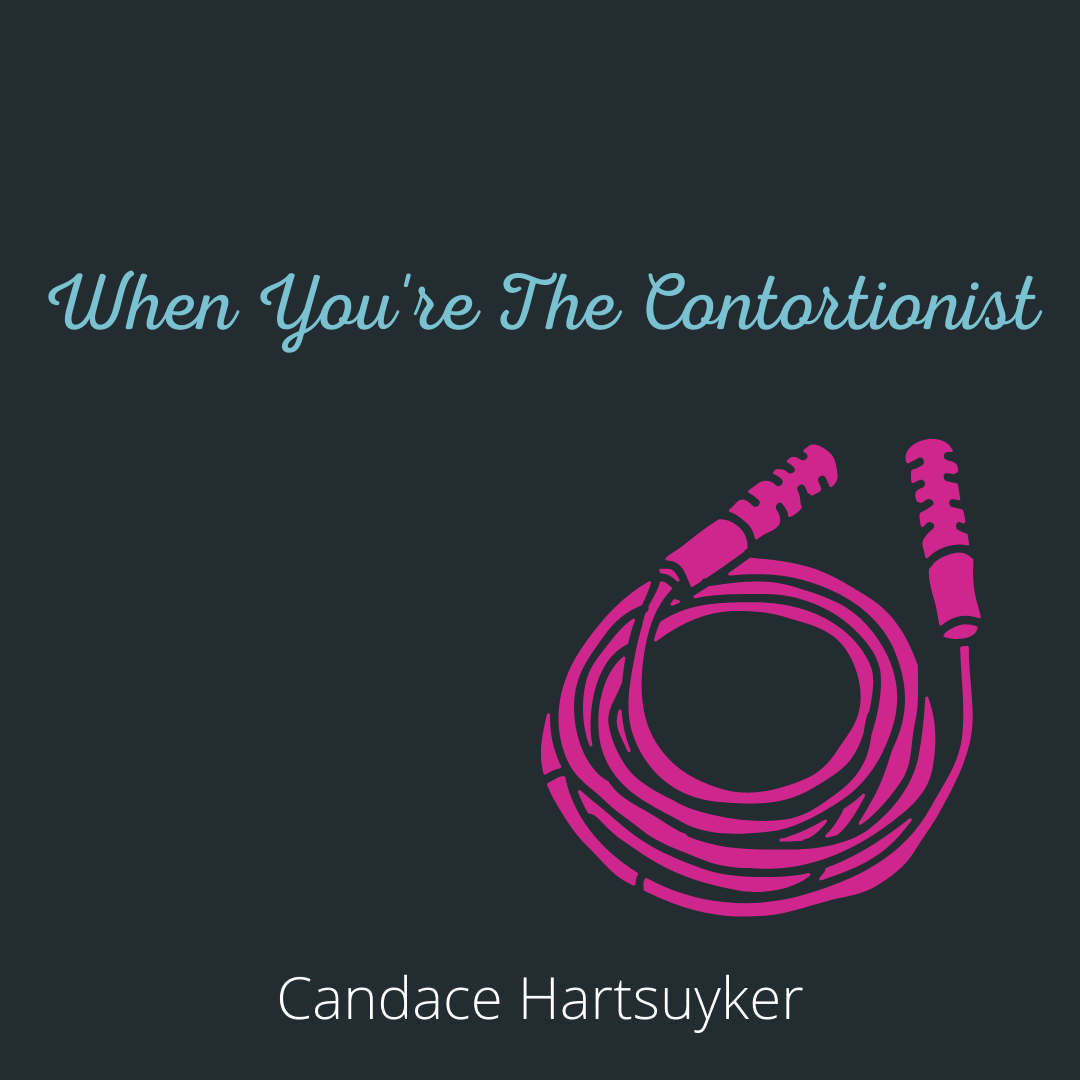 WHEN YOU’RE THE CONTORTIONIST
by Candace Hartsuyker

It happens like this: your sister is skipping with a jump rope, her feet slap slapping the sidewalk. You go into the house to get a glass of water, and when you come back, your sister, her sneakers that are bright as Wite-Out, and her sparkly pink jump rope are gone.

After her disappearance, your father’s restless hands will hold a length of rope: he’ll tie and untie it, reconstruct the sailor’s knots he learned when he was a boy. The figure eight, the bowline, the clove hitch.

You will deal with your grief by tying yourself into an intricate pattern of knots. You’ll step onto the living room coffee table and slowly go into a backbend. It will remind you of the game of Twister you played at parties, a foot sliding backwards and to the right, a leg crossing under someone else’s arm. Your feet will move toward your hands until you are grasping your ankles. Your head will move back until only your throat is exposed. Then, you’ll stand back up.

Next, you’ll drag your father’s suitcase from out of the hall closet, twist and bend, contort your body into its smallest shape. You’ll move as gracefully as a Slinky that is being cradled from one hand to the other. Once you are safely inside, you’ll close your eyes and pretend the suitcase is partly zipped up, leaving a small pocket of air so you can breathe. You’ll practice twisting your body into smaller and smaller knots until you are a balled-up knot that can’t be untied.

You’ll spend nights imagining your sister being picked up from the patch of sidewalk, then thrown into the trunk of a car. You’ll fold yourself into a myriad of animal shapes: a frog, a swan, a wolf. You’ll imagine what it is like to be kidnapped. On the days you are the saddest, you will tangle your limbs until your body is not flesh but rough and fibrous, a snarl of grief, a human knot. You’ll practice becoming a girl who can squeeze into spaces smaller than a fist.

One day, you’ll arch your arms over your head and turn your body into the shape of a key. You’ll find your sister behind a locked door. She’ll be there, waiting. 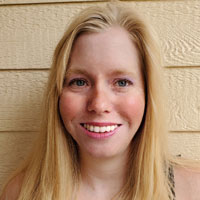 Candace Hartsuyker has an MFA in Creative Writing from McNeese State University and reads for PANK. Her work has been published in Fractured Literary, Cheap Pop, Flash Frog, and elsewhere.