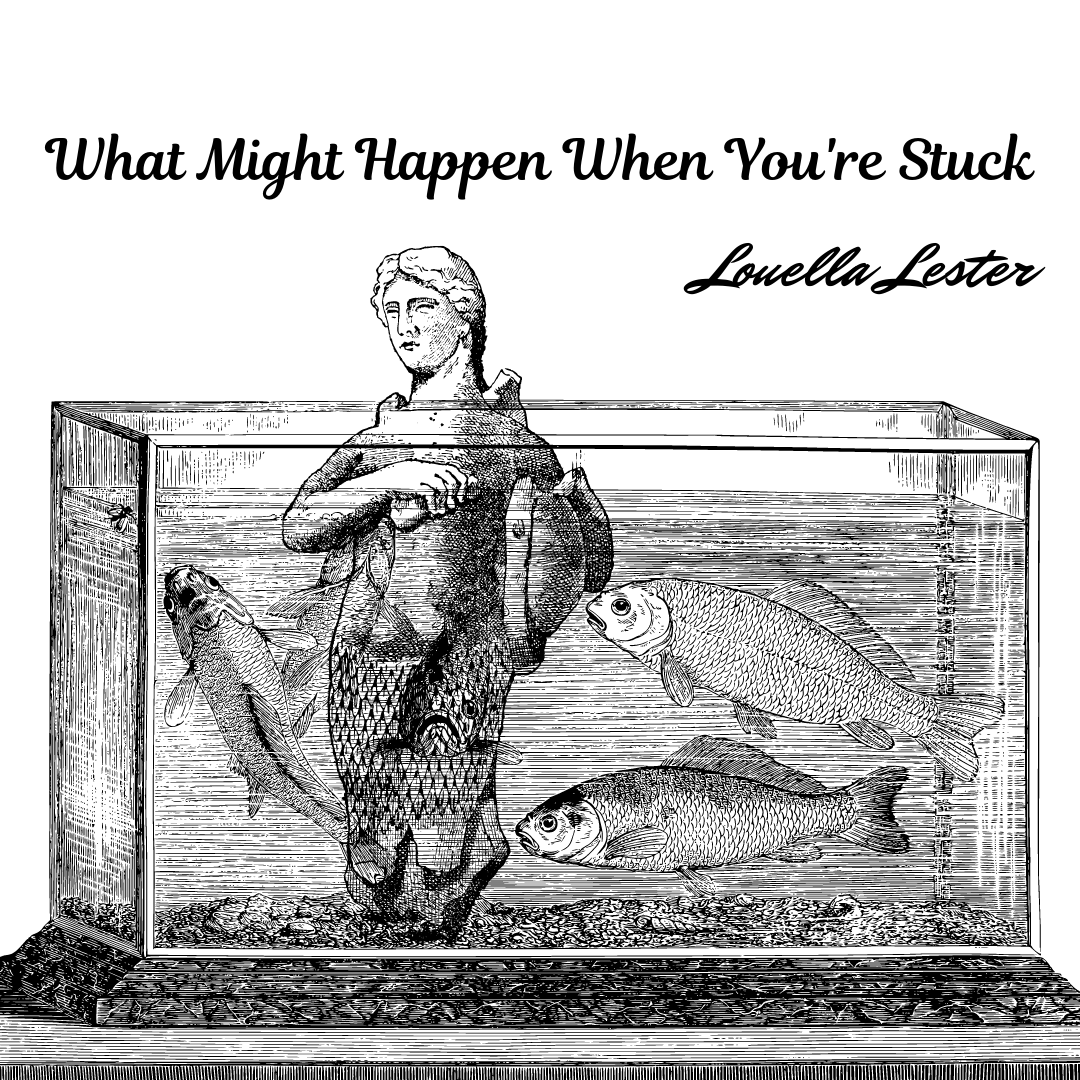 WHAT MIGHT HAPPEN WHEN YOU’RE STUCK
by Louella Lester

On the fifth day of the heat wave, even though the asthmatic air conditioner is faltering, Char stops going outside. Not to get fresh air. Or to exercise. Or to soak up the sun’s Vitamin D, of which a lack could cause her to…well, she isn’t sure what it will cause, but people are always talking about it like it matters. She just doesn’t give a shit anymore.

When Seth left, two months before, she lied about her feelings—told friends it was over long ago. “If he didn’t leave, I would have. Don’t worry, I’m enjoying the time alone.” So, the heat is a relief. A real excuse to stay home. A simple explanation. Wearing only panties and a tank top she melts into the chair nearest the aquarium that Seth left behind, getting up only to go to the toilet. Or drag delivery boxes through the door. Or feed the fish, though she doesn’t like fish.

On the twelfth day of heat, Char gives up reading books. Spends her time scrolling the phone, reading nothing longer than a tweet, until the screen is so smudged her finger can no longer glide, just stutters across it. When she finally looks up, the aquarium glass reflects her unblinking eyes and open mouth. In the background, plants wave above pebbles and the school of blue-backed tetras darts between bubbles.

By the seventeenth day, Char finds it difficult to get out of the chair. Arms stuck to her sides, she’s only able to flap her hands and flutter her fingers, her mouth pouting with the strain.

On the nineteenth day, when Char moves she feels a tug and her white fish-belly thighs can’t be pried apart. She rocks until the momentum sets her standing, toes facing out like a fish tail. She hobbles to the aquarium. The tetras stare side-eye as she heaves herself up and lands with a splash.

After the twenty-second day, Char would kick herself if she still had legs because she’d made no plan for food. Through the window she sees lamb’s wool clouds in a baby-blue sky. Pelicans glide on air pockets above the water. Song birds echo and gurgle. She knows it was stupid to jump into the aquarium, no guy is worth it, but now she’s stuck in the damn thing and the scruffy blue-backed tetras aren’t exactly thrilled either. They’re ramping up the side-eye, sticking to their school, and whispering. It reminds Char of her teen years, so she hides in a patch of hornwort and hears only snippets of their conversation, “…food flakes right over there…she doesn’t care…selfish…could all die in here.”

On the twenty-eighth day, when Char can no longer remember if Seth said he’d come back for the aquarium, the door knob rattles, giving her hope. “No one’s seen her since her boyfriend left, and neighbors have been complaining about a smell.” It’s the building manager, followed by two police officers.

One officer ambles off to the bedroom, while the other peers into the tank and sniffs. “This tank is the source of the smell,” he says. The tetras freeze against the glass in a clump of fear. Char, tangled in the hornwort, can’t move either.

The first officer returns from the bedroom. “Nothing else seems amiss. But that tank really is a health hazard.” They offer to help, then heave the fish tank up between them.

“Blub…blub…blub!” say the tetras, as the officers shuffle towards the bathroom.

“Blub…blub…blub!” says Char, as they drain the fish tank into the toilet bowl.

The building manager hears something as one of the officers pushes the toilet handle but tells herself it’s just the flush and swirl. 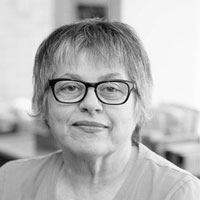 Louella Lester is a writer and photographer in Winnipeg, Canada. Her writing has appeared or is forthcoming in MacQueen’s Quinterly, Litro, Five Minutes, The Drabble, SoFloPoJo, Daily Drunk, Dribble Drabble, Grey Sparrow, Six Sentences, New Flash Fiction, Reflex Fiction, and a variety of other journals and anthologies. Her Flash-CNF book, Glass Bricks, is out there (At Bay Press, April 2021).