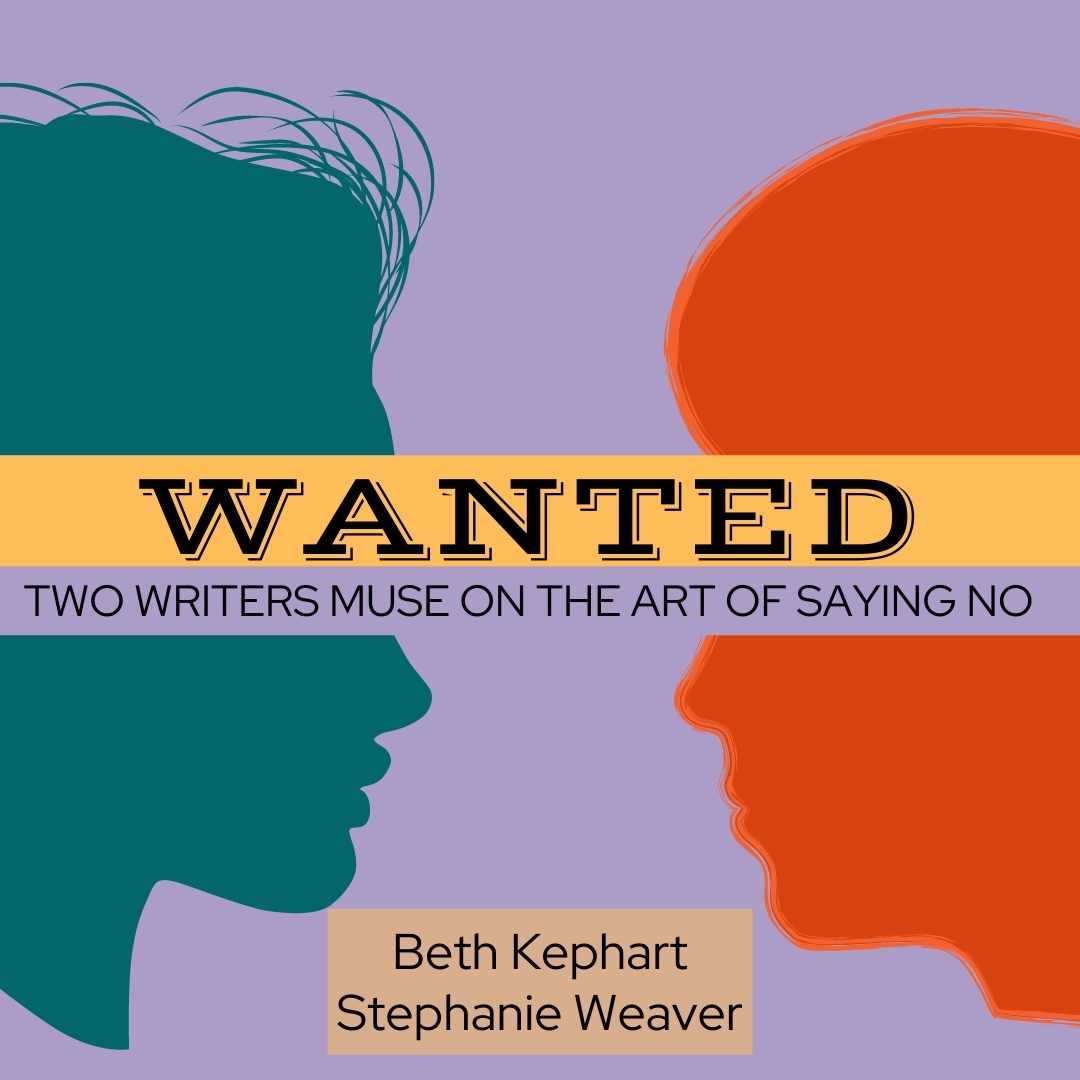 WANTED: TWO WRITERS MUSE ON THE ART OF SAYING NO
by Beth Kephart and Stephanie Weaver

They want you for free.

Because you are wise, they say. Because you know things. Because they want their people to know your person, to learn from you, with pleasure. They will, of course, be keeping all the cash, but you should focus on the pleasure.

Just an hour of your time, they say.

You say yes because you are conditioned for yes, because isn’t this what you, playing the writer, do—yield what you know and who you hope to be? You wish to be part of the conversation. You wish to be helpful, hopeful, a strike of winter sun or a jar of daisies, a puff of buoyancy. Amenable, in other words. At the very least, not nasty.

You should stop right there, when they say three.

When have I paid my dues, had enough exposure? Am I—aren’t I—sufficiently exposed? Isn’t my light, my bouquet, the breath of words trailing from my fingertips onto the page enough to get paid for my time and my thoughts and my wisdom and my labor?

What impels you, what compels you, what are the general regulations surrounding matters such as these? You do not write in pursuit of wealth. You crave stories, language, patterns, the sudden transcendence of the consummate detail. The joy you take from this writing thing is the actual writing thing. So that the memories come, the chimeric dreams, the beguiling assonance of a few adjacent words, and then (only maybe, only sometimes) a book you hope will breathe.

You want someone to notice.

You want someone to see.

So, look at this. You are an invitee.

It’s an honor just to be nominated.

They want me, they’re asking, finally I’m seen. And yet, in flits that unsettled feeling, that not-quite-butterfly in my stomach. I know that feeling. I’ve worked for years to trust it. And I know it’s saying, “They’re taking advantage of you.” I look in the mirror at my unfiltered face and wonder how is it that the platform I stand upon, the one that feels crafted, sturdy underfoot, shrinks to a postage stamp in their eyes? Allows them to ask for all three?

And honestly? Aren’t you being inconsistent here? Haven’t you wished for other overtures? Haven’t there been podcasts, panels, workshops, anthologies, conversations you would have gladly done for free? To promote a book? To engage? You have yearned and not been considered. You have wanted and not obtained. You have been ignored and didn’t that, at the time, feel like a minor tragedy?

You need to do some work on yourself. You need to understand why this particular request for the one hour, the two hours, and now the three reminds you of something you don’t like about yourself—how you lean toward yes, how you struggle with no, how you feel downright lousy, and for days to come, when you acquiesce to the unmitigated ask.

I used to think my value lay in my bottomless to-do list of tasks for others—showers planned, meals delivered, errands run. Until illness made me sit in the garden with the butterflies in the winter sun. To survive I whispered no in sandboxes, spoke it in conference rooms, shouted it in arenas. Every time feeling like the first. This no will end the world, rain down consequences so dire they’ll end my career.

And yet they don’t.

I counsel others to hold the line. Every time I do it, I remind the mirror, it’s been fine.

You must respect yourself to be respected. You must turn your wisdom upon yourself. You must let it be known what you want from those who want (one, two, three) from you.

Because you are not (just and only) an invitee. You are a writer, representing Writers, acting on behalf of Writers, and if you say yes when you know (your son knows) you should never say yes, when you agree to be used for another’s undivided gain, when you allow your ideas and ideals, your reputation, even, to be jammed inside another’s non-negotiable plan, you are not just setting yourself up to fail; you are devaluing every other Writer in the process. You are contributing to a system you don’t believe in, bequeathing all power to the people who ask (one, two, three), the people who would have no gains if we all decided, finally, to speak of our own needs—kindly, of course. And unwaveringly.

We have learned to own the flash of our brightness. We have learned that holding boundaries, asking for clarity, and saying no paves the way to sanity. We refuse to allow the one-two-three-ers to give us our value.

We have learned that standing up for other writers, shining our light on their gardens, is the kind of integrity we want to grow in ourselves. When we hear—any of us—“One, two, three?” we can say, “No, no, no,” most happily.

Beth Kephart is a writer, teacher, and book artist. Her new books are Wife | Daughter | Self: A Memoir in Essays and We Are the Words: The Master Memoir Class. More at bethkephartbooks.com. 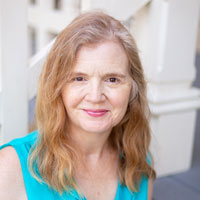 Stephanie Weaver is the host of The Blue and Yellow Kitchen and The Resilience Series. Her fourth book, The Migraine Relief Plan Cookbook, will be out in summer, 2022.