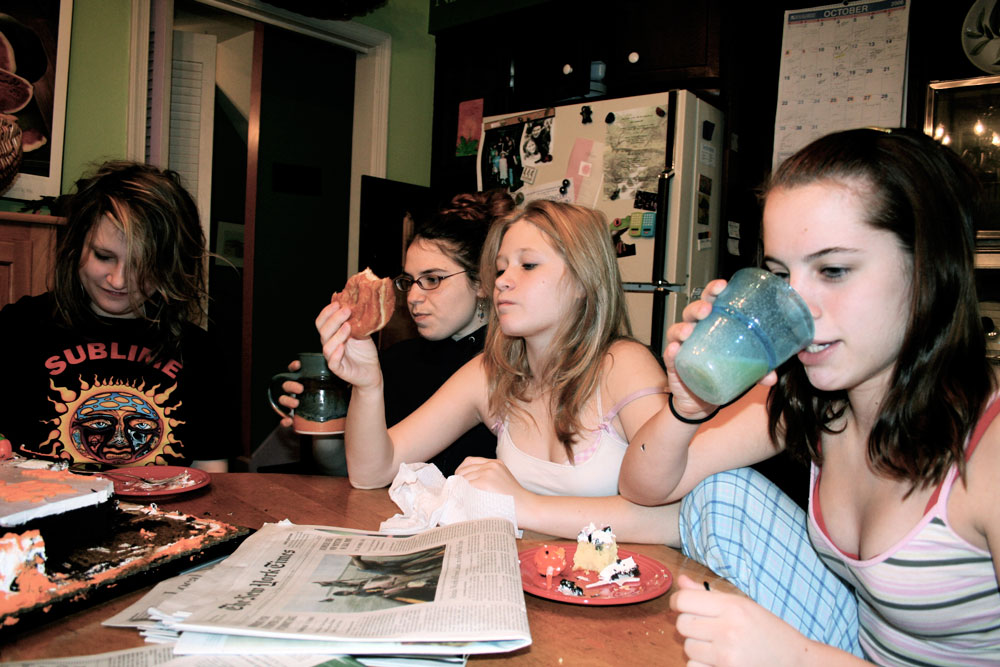 THIS TOWN IS YOUR TOWN TOO
by Anne Dyer Stuart

The next morning at Paige’s, too many mamas were there. I didn’t know why they’d stayed. It made me feel like Mama was anti-social, which she was. But more than that, it made me feel—even though I’d lived in Greenville all my life—like I still didn’t know the rules.

“What are we going to do with you?” Mrs. Grovenor was picking up a side of my hair and letting it fall. “What about layers? Those are the same shirts you’ve worn all summer, darling. Has your body changed? It’s nothing to be ashamed of. I started packing it to my hips when I was sixteen—overnight. Just, boom. I swear, the next morning nothing fit. I mean, nothing. Have you asked your mama to take you to Jackson?”

Jackson? For a second I thought she was talking about Dr. Dana, my secret. Of course, it wasn’t a secret. Secrets around here were things that everybody knew, only they didn’t talk about in front of your face. Mrs. Grovenor meant the mall.

“I took Missy to Ridgeway last weekend, girl, they have some fun things. Ann Taylor Loft is much younger than Ann Taylor.” Mrs. Grovenor’s eyes were pools of blue and they blinked constantly. Now she was talking directly over my head to somebody else’s mama. That was how short I was. I couldn’t keep the mamas straight. This summer they had the same blunt haircuts.

There were no boundaries in this world. People could talk about your body in public then move onto something else.

Jade had a black eye. I didn’t notice it until I’d followed her into the kitchen. She hovered over the donuts just to smell them, and when she turned around the hair draped over her eye came off. “Oh my God!” I screamed in Paige’s mama’s stainless steel kitchen. It was purple and pink and puffy and black all at once.

“Shut up, Rebecca.” Jade’s voice was low and angry but secretly pleased. “That girl last night? The one with the hair?” Her hands fluttered above her shoulders. “Let’s say I met her boyfriend and didn’t know he was taken.”

She wrinkled her brow. “Anyway, she has an arm. I’ve never been in a fight in my life. Seriously. When the lights came on he wasn’t even cute.” She flipped her bangs back, then remembered and arranged them over her eye. “What’d you do? Hear from the cousins?”

What did I do? I got dropped off like a third grader. I hated myself because I could not hate her more. “Beauty rest,” I said, then snorted.

“Rebecca ARNOLD,” a grownup voice said behind me. “I have a solution for you.” Mrs. McJunkin laid her hand on my shoulder. “Shondra put on some weight this summer and we got a book that has helped her. Is your mama here? I am so sorry about your grandmamma, sweetie, all of us are just bereft.”

Jade had walked off and Mrs. McJunkin and I stood in front of the kitchen table full of donuts that nobody was eating. One of her earrings swung back and forth like a wrecking ball. She waited for me to say something, but she had thrown so many topics at me I didn’t know where to start. “Thank you. What’s the book called?”

“WHERE’S OUR GIRL?” Another mama came into the kitchen. All mamas shouted things when they walked in rooms. I didn’t know whose mama this one was. She was dressed entirely in white with a thin red patent leather belt synching her itty bitty waist.

“She is resting,” Mrs. McJunkin said. Her smile was full of meaning.

“How are they?” the mama asked.

“Perfect,” Mrs. McJunkin said. “I may need to let out her top. I’m just going to guess today.”

From the living room Paige’s mama clapped her hands for our attention, measuring tape draped over one arm.

“How was it?” Mama asked when she picked me up. She hadn’t come in. She’d pulled up in front of the house and waited. I’d watched her watch the mamas make their way across the lawn, their manicured hands on their daughters’ backs.

“Breast implants?” Mama turned to me in anger, like it’d been my idea.

We were driving through the neighborhood, not turning where we usually would. Trees passed us on both sides. This was a pretty street. Somebody’d rolled somebody’s front yard. Toilet paper streamed from the trees then clumped in the grass, moist from that morning’s dew. School hadn’t even started and there were already pranks. “I think her mama has them too. Mrs. McJunkin? Have you noticed hers?” I turned to Mama and she was staring straight ahead. “What’s wrong?”

“This town? You are from this town. What’s so hard to believe?”

“She’s seventeen, I think. A senior. What do you mean who are they for? The people who get them.”

“Girls get them, but they’re for boys,” Mama said. “Do you see the problem with that?”

This always happened. When I agreed with Mama, I still wanted to give the impression that I didn’t. “Are you saying you disapprove of Mrs. McJunkin’s parental practices? Don’t you think we have a right to modify our bodies? Maybe it’s only a taboo here.” I was trying to remember Jade’s argument. I did not have my own ideas. I did a bad job of copying other people’s.

“I’m taking you to Mama’s. You haven’t seen your grandmother in weeks.”

When we pulled in front of my grandmother’s apartment, her front door opened and my aunt Alma walked out in cutoffs with legs like a man. She was what I was afraid I looked like. Her black hair hung in pink rollers. She had a cardboard box under one arm and leaned to the side with it, walking to her truck. I got out of the car and she gave my shoulder a squeeze with her free hand. “We the same size,” she told me in her thick deep smoker’s voice. “We gotta stick together.” Her eyebrows were penciled on right above the bones, thin brown shiny lines you could rub off with your finger. She went around to the flatbed and hefted the box over the side.

Alma nodded. “She getting worse.”

“I just saw her. She looked great,” Mama said. She walked to the front door then turned around. “You leaving?”

“Gotta go,” Alma said. “See you, Rebecca.” She hoisted herself into her truck and it cranked loud as a Harley. We watched her back out and turn the corner. I followed Mama to the door. It was locked and she was knocking.

“Did you see what she had in that box?” Mama asked me. I hadn’t. She knocked again.

She backed away and the screen door slammed shut. There was sweat above her upper lip. She took off her burgundy sunglasses and rubbed her eyes. I stared at her and waited until she said something.

“See that man?” She pointed to the apartment next door. “See? He’s in the window staring at us. Does it every time. Wave to him. Go on, wave.” 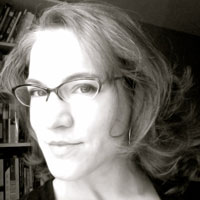