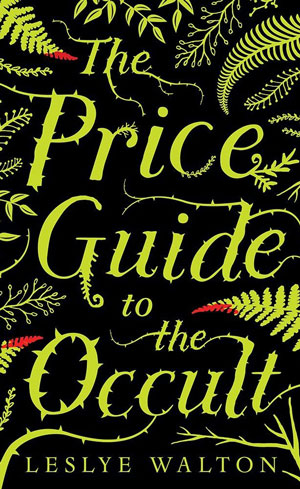 THE PRICE GUIDE TO THE OCCULT
by Leslye Walton
Candlewick Press, 272 pages

For a novel about witches, magic, and family curses, Leslye Walton’s The Price Guide to the Occult has a lot to say about humanity.

More than a century ago, a witch named Rona Blackburn landed on Anathema Island, where she was met with fear and vexation from the island’s founding families. Determined to rid their island of her “as the tide erases footprints in the sand,” they burned down her home. So she, naturally, cursed their entire bloodlines:

Her search for such a spell led her to the branches of the Blackburn family tree. She traced limbs that reached to the heavens and bent back to the earth again. She followed roots that stretched across all parts of the world and were inscribed in languages that had been dead for centuries. And there, buried deep beneath those gnarled roots of that ancient family tree, Rona found one.

But when Rona cast that bloody binding spell, she inadvertently fated every future female Blackburn to a life of heartbreak and displeasure—and a daughter to be fathered by a male descendant of Anathema’s eight founders.

Enter seventeen-year-old Nor Blackburn, eight generations removed from Rona. Nor is a powerful witch with a cutting sense of humor. Her insistence upon remaining unnoticed in the age of social media-driven narcissism will undoubtedly speak to a faction of adolescent readers, who, just like Nor, want “to make the slightest mark as humanly possible upon the world.”

When Nor’s estranged mother, Fern, who has been AWOL for years, reemerges as a celebrity, Nor must finally embrace her powerful bloodline in order to stop the monster her mother has become. A terrifying and apt villain, with Evil Queen-like tendencies, Fern has gone into the business of “selling spells that hadn’t been cast for generations—spells for success, good luck, beauty, revenge.” In an ethically condemnable act of the highest degree, she has published a catalogue of sorts—entitled “The Price Guide to the Occult”—so common people can buy some “magick with a k” (which, according to Nor’s sarcasm, is how you know it’s legit). 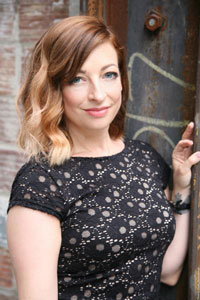 It’s here that Walton does a wonderful job of illustrating the harm that nonstop media outlets have on susceptible viewers. Television appearances begin to paint Fern as “the real deal,” and she develops a literal cult following. When an exceedingly dangerous Resurrection Spell begins bringing dead folks back to life, Fern must be stopped, because black magic “always comes at a wicked and terrible price.”

Worrying that the darkness in Fern might very well dwell within her, too, Nor quells her deep-rooted dread by practicing self-harm. Walton neither makes light of her teenage protagonist’s destructive behavior nor does she romanticize it. As the narrative builds, Nor’s anxiety worsens, and Walton’s handling of the imagery reflects that—her vivid, lyrical narration perfectly illustrates Nor’s troubled state of mind. Her haunting prose ultimately drives the well-paced plot to its gripping, somewhat grotesque climax.

With its dynamic family tree, the novel will leave readers wishing for more of the Blackburn family, particularly the generations between Rona and Nor, which get little storytime. But Walton does end her tale hinting that we may see more of the Blackburns and their lineage in the future.

Rich with atmosphere and character, The Price Guide to the Occult employs the magical and the macabre to weave a layered family tapestry abound with romance and blood.