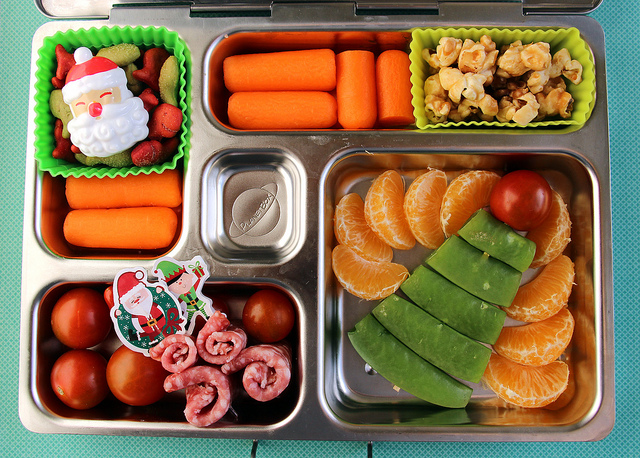 THE OLDEST MOM IN THE ROOM
by Sarah Buttenwieser

The other day, I took my antsy four-year-old, Saskia, to the Y for Tumble and Play. The gym, outfitted with toddler-friendly stations—a gently sloping soft ramp here, another odd-shaped cushion-slash-mat there, a low, wide balance beam, and some hula hoops on the floor offered cute smalls the chance to toddle or crawl or run about. Their adults hovered or chased or basically ignored, depending. Saskia is on the cusp of outgrowing Tumble and Play. And at 48, maybe I have outgrown Tumble and Play, too.

These weren’t my peeps. In the noisy room, I felt very quiet. I stood there and remembered when I’d been one of them, a thirtysomething parent to smalls. I lived in that tot-centric world with playground—and the other parent chaperones—as primary destination. Like them, I routinely over-packed a diaper bag (before I got to the third child and began to shove a diaper in my purse). “And then, there was poop everywhere,” I heard one mom say, that last word hit hard and slow for emphasis. Like them, the blown-out diaper constituted major drama. So did the vomiting far from the toilet. “I know every one of Bob’s friends,” I heard someone else confide. Bob the Builder, of course: my toddlers’ ardor for trains or fairies became mine, too. I simultaneously worried about pretty much everything and felt protected, cocooned in a bubble of toddler babble and goldfish crackers. The world could, if I let it, simply drift out there.

As if these parents were in an old home movie that I could almost see myself in I remembered how often I felt lost. There was so much I didn’t know about how to care for my kids. What existed in seemingly equal measures were love and exhaustion and the mind numbing boredom of following those stocky legs and square feet around. They were the best children in the entire world and I would do absolutely anything for them. In fact, I had done much more than I’d ever imagined before they were born. When the first one didn’t bring in the milk, I pumped eight times a day for months, even though it meant I never slept more than three or four hours at a stretch until he was practically walking. I was so tired I felt logic splintering into pieces. The smallest disappointment brought me to tears. I cried every single day and with each day my ardor for my baby grew. It made no sense at all.

I did not toss the toddler’s fruit in a bowl; instead, I arranged a colorful medley on the plate. Whatever my little guys wanted to have, I wanted to give. With all my might, I wished that my efforts and good intentions would be enough. I wanted to be assured that if I stayed on the path begun with picture books—read at least 20 minutes a day to your child and literacy would happen—and fed them unsweetened yogurts and kissed boo-boos and endured tantrums I’d know where to go next, and what to do when we got there.

All that had changed. They grew. While I still love my children to pieces, it’s different. The eldest two, both teenagers, have moved beyond cute. The nine year-old, too, he’s adorable with his marble ramps and scooter rides and penchant for shoveling the driveway when it snows, but not always. These days I want them to clear their plates and tell me when they need a ride more than ten minutes before they need a ride. More than annoyances, I feel concerned about all that energy I expended to make everything perfect. It seems I’ve provided an uncomfortable juxtaposition to the imperfect world. What else could I have known to do? I was so deep in. Their smallness was all there was, their dependence, their preciousness. Tests and teams and using the bathroom independently or using the bathroom at all—let alone whatever you worried about when they sprouted facial hair or breasts—seemed impossibly far in the future. Naptime loomed menacingly enough.

As I stood amongst those younger parents, I almost wished to be preoccupied by small-kid concerns again. These days, the fabric of my parenting feels very creased and worn, palpably frayed. I do not feel wise or capable with teenage concerns. Much as I struggle to get the smallest one to sleep, the real hardship is to wake the eldest for school. Recorded your-child-was-tardy calls come nightly. I’m deep in now, too. I’m lost. The stakes—blackheads, homework, extracurricular activities, girlfriend, and tardiness—feel so high. I know they felt high when the concerns were diapers and nighttime wakeups and the ability to finesse the flip of the winter jacket over their heads. To nag a high school student about homework is as mind numbing as it was to follow a toddler around and around, if the toddler was cuter and light enough to pick up.

Those younger parents in clusters around the gym didn’t know about my two boys who stand taller than I do or my demon nine year-old skier. I didn’t wear a badge that announced myself as longtime mom rather than an old mom with one newer child. For a little while I wondered whether I appeared to be a last-gasp mom. Those mothers sometimes land in the younger people’s territory with babies and look like refugees, astounded by the crumbs and afraid to let their treasured child risk a fall.

I doubt I appear to be a stranger in a strange land, though, because I tend not to hover over my gal or stop her from much at all. In fact, I don’t always exactly pay attention to her. I often realize I’ve failed to remember the mechanics of early childhood. On a short plane trip this past winter I escorted my daughter to the bathroom four times. It dawned on me that when you travel with a small child, you should put an extra set of clothing and a plastic bag in your carry-on. I’d forgotten.

On the way home, I dutifully tucked the back-up clothing into the backpack. Then, I accompanied her on five trips to the bathroom in two-and-a-half hours, because the tiny bathroom, the loud flush and the vibrations while we walked made for such adventure and fun. I love when we are together and I can follow her lead, because I don’t always follow her lead; more often, in whatever way, we care for her around the others’ needs.

Her giant personality has taken root without such encompassing attentions. Through her I am reminded that much as I want to, I can’t do everything for my children; I can’t make their lives wonderful. I have to trust that my work—to love them up, to hold them accountable, to support them in how hard that is, to love them up some more—is what I have to give and that it is enough. Deep in as I am, I see glimmers of this. They care about the world around them and know how to cook. They are generally kind and sometimes clean. Surrounded by younger parents and their younger families came the reminder of how incredibly grateful I am for my older children and for this youngest and for myself, too—the oldest parent in the room. 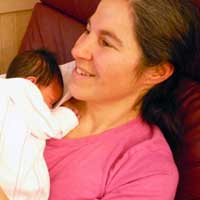 Sarah Werthan Buttenwieser is a freelance writer whose work has appeared in numerous publications, including the New York Times, Brain Child Magazine, and Salon. She keeps a personal blog, Standing in the Shadows, at the site of the news publication the Valley Advocate, and a tumblr, Refractions. She is a sometimes contributor to Momfilter. Follow her on twitter– @standshadows.