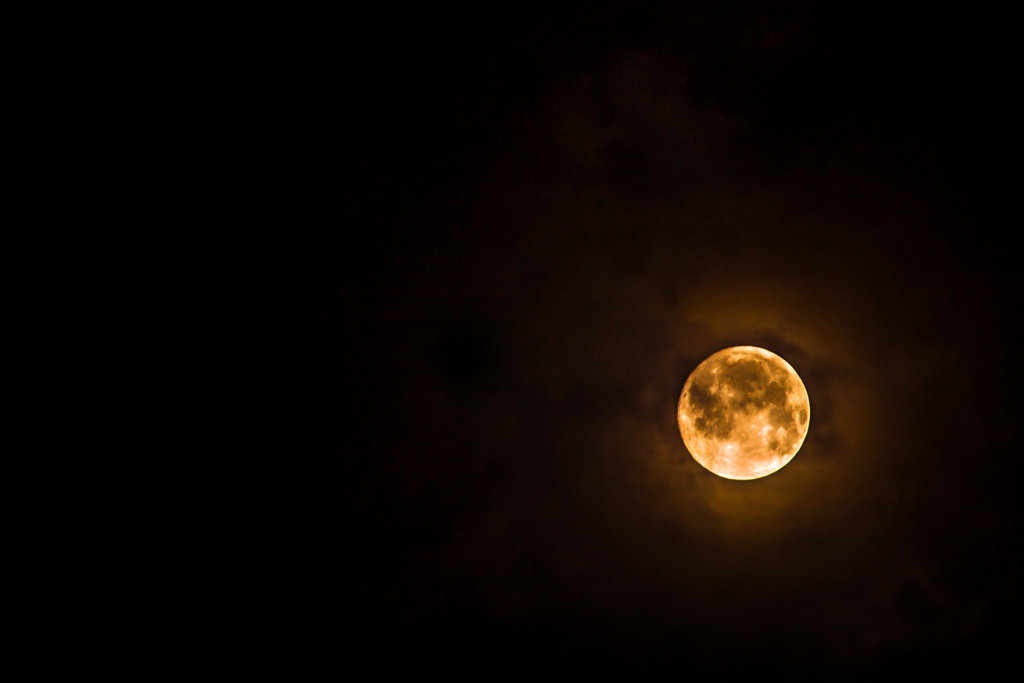 THE MAN WHO SWALLOWED THE MOON
by Nina Sabolik

He’s in his bed, crying. Except for the blond tresses of the moonlight billowing through the open window, darkness reigns — in the corners, on the bookshelves, and in his heart. His pillow is soaked, heavy with tears spilling down the sides of his bed, covering the floor, slipping beneath the door out into the hall, into the street, a veritable deluge.

He blinks and the moon shimmers on the edge of his eyelashes. Two moon-like eyes stare into one eye-like moon.

He reaches out the window. His hot, wet hand touches the moon and pulls it gently inside, emptying the night. He holds the moon against his chest. What to do? He decides to swallow it. There — the moon and the man become one once again. The shiny sphere settles in his head and, sometimes, when I look into his eyes, I can see it glow, just like it did way up in the pitch-black sky. 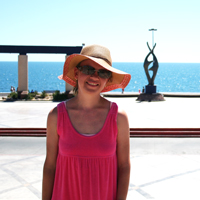 Nina Sabolik’s fiction and essays have appeared in Litro and on the World Literature Today blog. She has master’s degrees in Creative Writing and Comparative Literature from Arizona State University and holds a bachelor’s degree in philosophy from the University of Ss. Cyril and Methodius in Skopje, Macedonia. She is working on a novel.