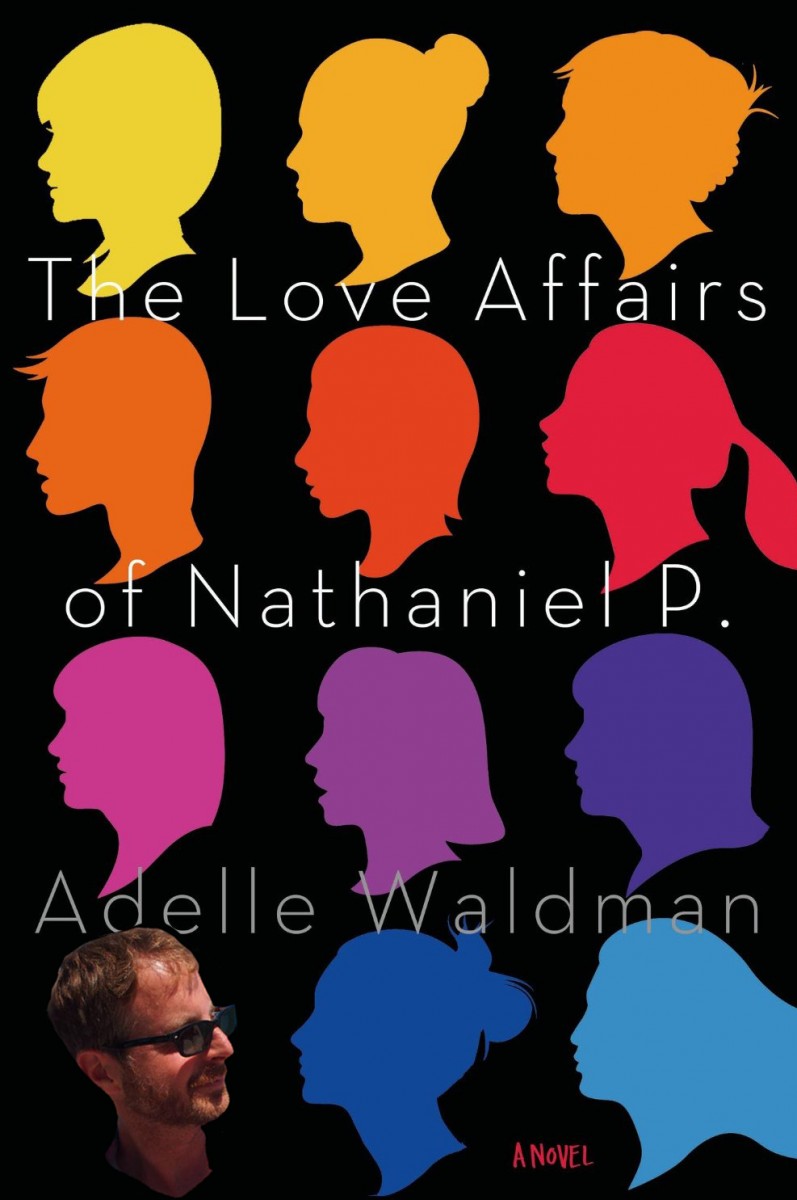 That Nathaniel P? Like the fictional protagonist of Adelle Waldman’s debut novel The Love Affairs of Nathaniel P., I’m happiest reading and writing; I’m ambitious enough (though the doppelganger has a large advance for his novel, something I’ve not yet received); and I can’t see myself doing anything else. The arrival of the book has made for good jokes, of course. My friend Cristina wrote me the other day to say she had received the book (she ordered it and read it as soon as I told her about it). “I have your love affairs with me,” she wrote with a wink and smile.

But the Nathaniel in The Love Affairs of Nathaniel P. isn’t really anything like me. I don’t go by Nate, for one—ever since my little league coach called me “Nate the Rusty Gate” (I couldn’t hit)—and my Peter would never admonish someone for using coarse toilet paper. “Just feel it. Can you believe that this—the world’s most diaphanous sandpaper—is what our Nate uses to wipe his ass? Talk about self-loathing,” says Nate’s friend, an American Studies professor who lives in Maine. (In fact the opposite, the real Peter, a professor of American history, can’t understand why anyone would use excessively soft and cushioned toilet paper—it’s your ass we’re talking about, I mean come on! he is likely to say.)

Moreover, Nate is a kind of jerk (and that can’t be me, right?), with only vague intellectual interests and almost no passion.

A loveable jerk? Well, that probably depends on how you take to Waldman’s dissection of Nate’s flawed personality, particularly his underdeveloped capacity to connect emotionally with women: much of the book covers Nate’s somewhat lifeless relationship with aspiring writer Hannah.

As several previous reviewers have noted, Waldman is indeed adept at seeing women through the eyes of a 30 year old man, particularly one who finds all the pleasure in the hunt and almost none in the act of sustaining love. Here is Nate eying up his previous girlfriend Elisa, an editorial assistant at a New Yorker-like magazine:

Her demeanor was smooth and preoccupied, even slightly sullen, and she spoke at times with an unnerving, almost anhedonic lack of affect. She often seemed bored. This edge of perpetual dissatisfaction made it all the more thrilling for Nate when he cajoled her into laughter and good humor: to impress her, one felt—he felt—was really something.

As Nate floats along this way Waldman reveals her keen ability to interpret disjuncture in relationships—particularly within the cloistered demographic of white, over-educated 25-35 year old writers and editors clambering around Brooklyn—and weigh out the unsaid, the painful silence that so often pierces intimate conversation.

For a book that aims to be a summer must-read, Waldman deliberately flaunts the rules of the bestseller: there is no plot, no inciting action, no lofty desire, no set back per se, just the straight line heartbeat of a small man who likes to get laid. This is perhaps what I like most about the book: it attempts no resolution. Nate doesn’t change or grow; he discovers, after all, no moral clarity (he perhaps loses a bit, refreshing). This has somewhat been my aim, too, with the forthcoming novel Lion and Leopard.

But the book also lacks pathology; there is zero undercurrent, nothing that bristles. Moreover, because ultimately so little is at stake, hardly anything comes of the love affairs of Nathaniel P.

Some of this is attributable to the narrow setting. Waldman is most certainly part of the Brooklyn literary scene that’s manifest this last decade and a half and she clearly knows it well. Her husband, Evan Hughes, is the author of the 2011 Literary Brooklyn: The Writers of Brooklyn and the Story of American City Life, which was also published by Holt. Nathaniel P. is deeply absorbed in that unrelentingly aspirational and most certainly claustrophobic world (“the whole publishing industry lives in Brooklyn”), where a book contract is the ultimate reward for living, everyone is constantly assessing and labeling each other, half-baked liberal theories much beloved by magazines underlie every conversation, and no one ever seems to escape except to live in one or two still uncleansed neighborhoods (yet always with an eye on Park Slope).

The narrowness in this case is only a problem because it constricts the emotional range of the book. Waldman, a journalist, is clear-eyed and dead pan in her description of the people and places of literary Brooklyn and that tone infects Nate’s life. He evidently lacks imagination for living (and he knows it). But unless they are drunks or social deviants, writers make lousy protagonists. After all, we don’t actually do much but observe, read, and think—and struggle with our own craft (and obsess over exposure). It’s an unusually internal life—hard to render en vive on the page.

As I read about my doppelganger, a young man with my name who sits at a desk all day as I do hoping to turn words into magic—as much for the self-fulfillment of the whole endeavor as to entertain and delight the reader—it was fun to imagine how very, very little separates our lives. The circle that contains this Nathaniel P and that one is pretty narrow indeed. (Though God knows, I was curious about those affairs: I’ve been married for 18 years.) And yet, I also kept wondering why Nate, who left Philadelphia, where I live, for the much wider world of New York never seems to engage in the almost infinite richesse of the Big Onion. I wished to tell him to go out and walk, walk endlessly, and find himself elsewhere. Better yet, alter ego, why not use that six figure advance and go see the world?