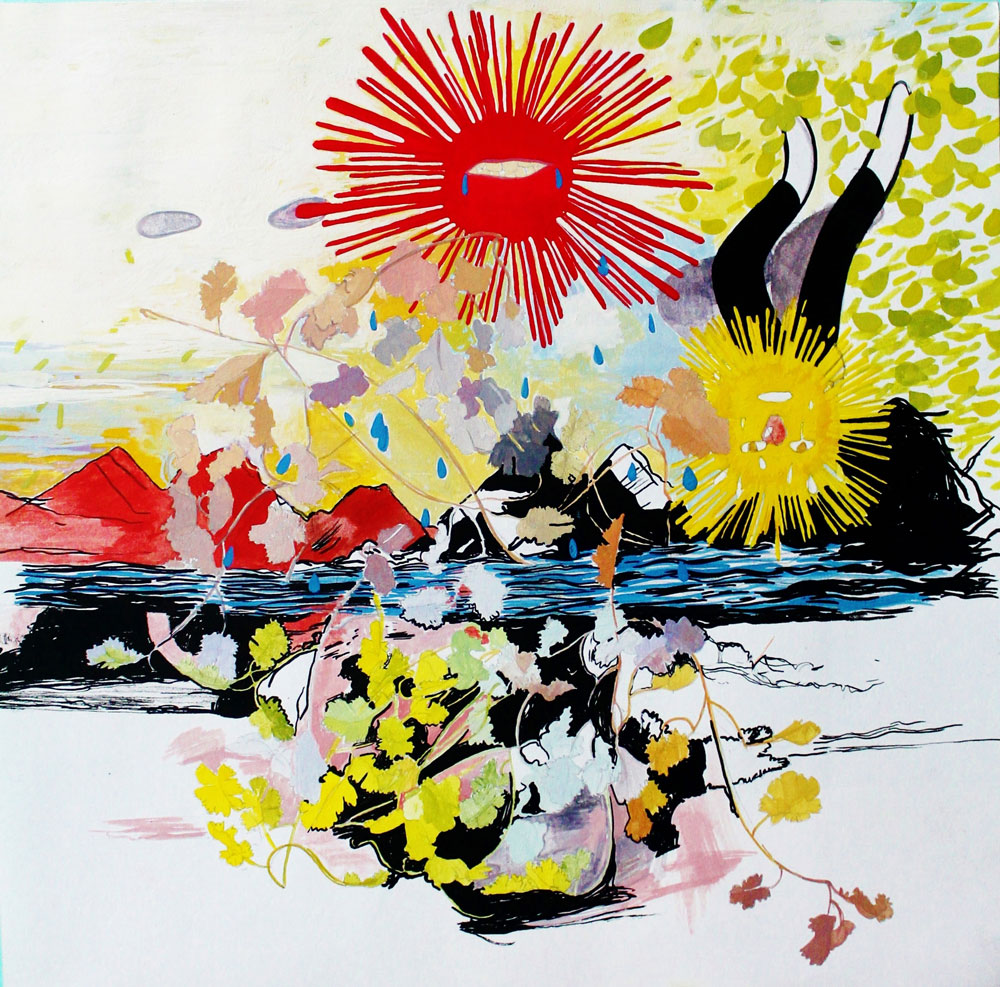 I started drawing when I was a baby. My first subject was an elephant, done in orange Crayola marker. My parents have the drawing to this day. I’ve always had a strong feeling for drawing animals; like many children, I believed I understood animals, and I’m still fascinated with animals.

I went to Philadelphia’s High School for Creative and Performing Arts (CAPA), a magnet school for art students. I was convinced that an arts school environment would be best for me, even though I suspected that you cannot teach a person how to create art. The art environment was good for me in many ways, but the Western conceptions of teaching art messed with my head and feelings. 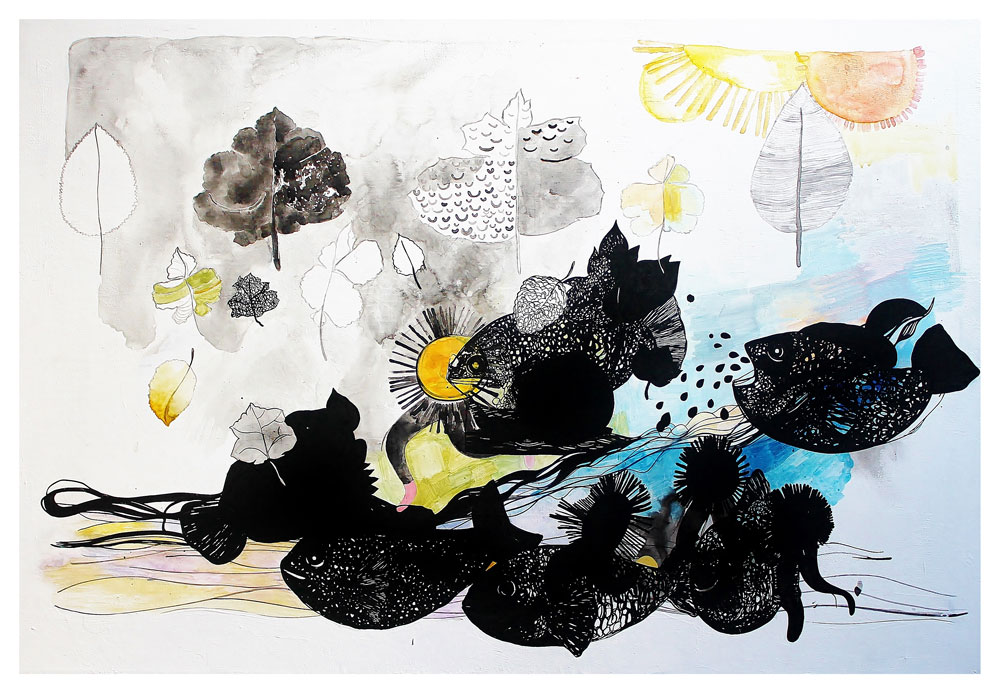 After CAPA I attended the Pennsylvania Academy of the Fine Arts to study drawing and painting. Sure enough, by the third year I was completely sick of it. So I left, planning to work for a year and save enough money to move to California to study animation. But even after a year of working, my California dream was still too expensive—and I didn’t want to go into debt for student loans. Before I knew it I was auditioning for acceptance at the Escuela de Artes Plásticas to study animation. I was leaving my adopted home, Philadelphia, to return to my birthplace, San Juan, Puerto Rico.

My original goal in character animation was to learn to create figures that made anatomical sense, to create “live” figures instead of “cartoon” figures (bodies “made of bones” as opposed to bodies “made of rubber”). You can see what I mean by this if you look at work by the Studio Ghibli, or compare the Disney approach to animation versus Looney Tunes or Cartoon Network. 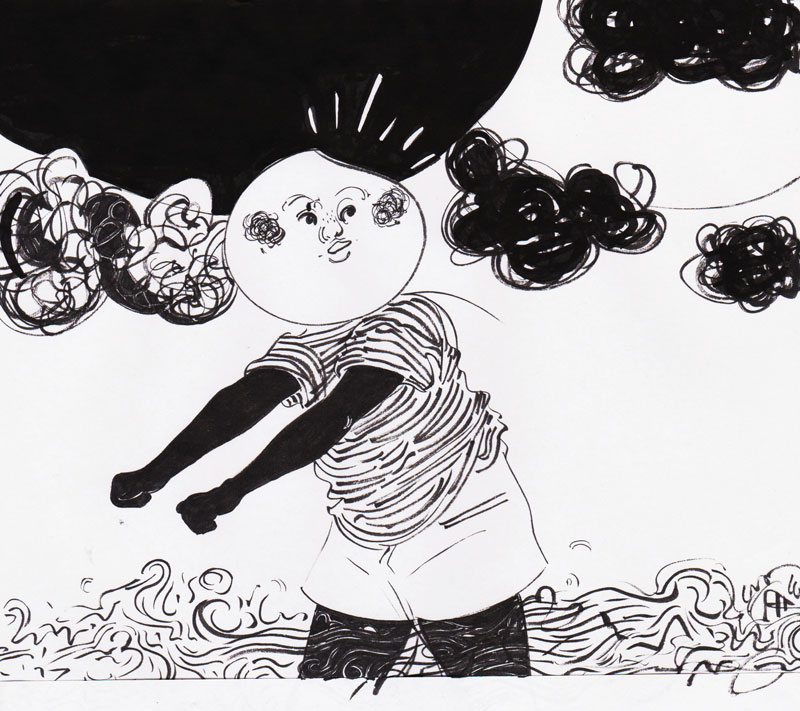 But as time went on, my work became less figure oriented, and more emotionally centered. Instead of trying to create the “correct” moving figure, I began making work in which the sun was the center, surrounded by life. Sometimes, I draw two or three suns. They are providers of life and nourishment. Sometimes they are crying, sometimes they are angry, but they are always full and bright.

As my time in San Juan drew to a close, I found myself drawing a lot of dogs under this bright sun of Puerto Rico. I was inspired while walking my own dog, Miro, through the barrio Santurce, where we lived. Together, we saw amazing things, taking in all the sights: buildings, cars, plants and fruits, other people and other dogs. I had adopted Miro in February. He was the first dog who was my own, as opposed to my family’s dog, and I see him as a new chapter in my life as an independent dog mom. Miro has brought much joy and new experience.

Now that I’ve returned to Philadelphia, my “Dogs of San Juan” series has evolved into a new series: Fish—a new emotional state. The idea of fish came to me instinctively. San Juan is fire; Philadelphia is water. It’s not something I can explain logically, because the images I create come directly from feeling, but in my new emotional state while living again in Philadelphia, I feel like a fish in water. 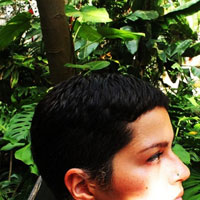 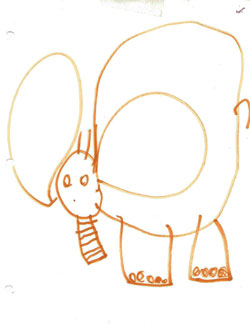 Paula Rivera was born in San Juan, Puerto Rico. Her family moved to Philadelphia when she was two and a half years old, and ever since she’s lived her life as an artist. Her usual media is ink and paper. She has studied at the Pennsylvania Academy of the Fine Arts and the Escuela de Artes Plásticas de Puerto Rico. She lives for sun, big sky, and water. She aspires to create a few animated films, start a small art school, and build her own art studio in the desert. Currently she lives with her new family — her beloved and loving boyfriend and her dogs.

All works © Paula Rivera. Click any image for a higher resolution.