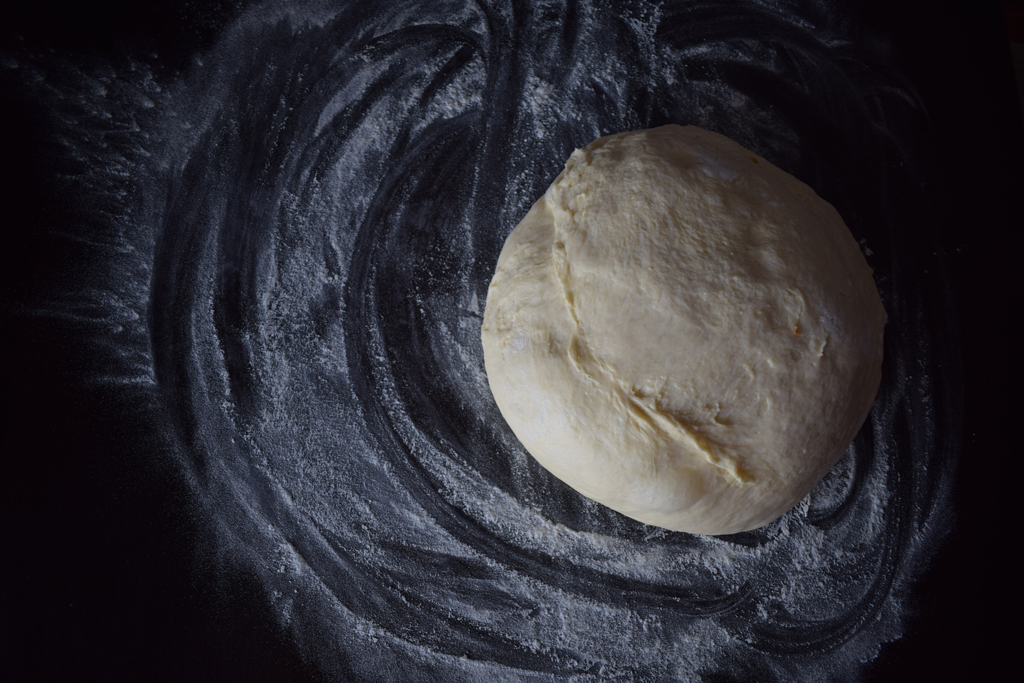 I stand at the kitchen table, poking at a lump of raw bread dough.

“I don’t understand why it’s not rising,” I say.

My roommate wants to be helpful. “Sometimes it’s the temperature of the room,” she says. “It likes a dark, warm environment. Maybe put it in a cupboard for a while.”

Working with yeast is a negotiation; the yeast is in negotiation with the temperature and humidity in your home, and with the other ingredients you mix with it. My recipe tells me to combine the ingredients—salt, yeast, flour, water—and leave them alone for a minimum of twelve hours, preferably eighteen. Actually, the phrase used is “let dough rest,” as if the dough is feeling tired. I’m tired too, but I have a restless need to act in response to crisis. It’s difficult to come to terms with the idea that some things should be left alone.

I spend a lot of time in my room. I also like a warm, dark environment. I feel sick at the thought of the need that must exist outside my door, invisible to me for now, but terribly real. I think about all the people who don’t have health care and all the people who won’t make rent this month. Wanting to feel anything other than powerless, I’ve joined a mutual aid network that formed in my neighborhood. Nothing makes me feel useless and inadequate like organizing does, but nothing else I do feels as necessary. We create a Slack to organize communication, but I turn off notifications. So far, my contribution to the conversation has been suggesting we have another Zoom Meeting.

I text my mother and ask her what to do if my bread isn’t rising. I ask her if it’s possible there’s something wrong with the yeast. She responds:

I try it and the yeast sinks to the bottom of the cup. After five minutes, it’s doing nothing. I explain this to my family over our weekly group Zoom chat. I tell them how the yeast came in foil packets, but I dumped it all into a plastic container because I thought it would be easier to have it all in one place. Who needs all that foil? I didn’t realize the airtight seal of the foil packet was keeping it alive.

I want to believe that something is happening that I can’t see, that there are invisible, elemental processes working on our behalf, even if it feels like nothing else is. I want to go to sleep and wake to find that the lump of matter on my kitchen table has doubled in size.

When my friend Ali left New York for a farm in Massachusetts, she gave me an aloe plant and a snake plant, promising me they were impossible to kill. The snake plant was dead within two weeks, but the aloe held on. It has an amazing ability to turn brown and shriveled and still somehow be alive. About six months ago, I realized there were at least four separate aloe plants in the pot, and I separated them into two pots with two plants each. I used new pots and a potting mix just for succulents. I watered every two weeks. The plants turned bright green and plump, and I felt very competent.

But the aloe slowly turned brown again. I suspect this is not another one of its fake deaths. This is the real thing. It’s eerie and wrong that it’s dying in the spring when it’s supposed to be coming to life.

Like everyone in New York, I hear sirens all day long. The Q58 bus is running limited service and no longer stops outside my window. It used to be that every morning at seven I would hear the gate on the first floor go up, and I would know that the coffee shop below me was open for the day. The gate has been pulled down for weeks, with a handwritten sign taped to it: GOOD LUCK OUT THERE! WASH YOUR HANDS AND COME SEE US APRIL 1 TBD. There are long passages of time, or maybe it’s just twenty minutes, when all I hear is birds, calling to one another from branch to branch.

The mutual aid network comes together in a matter of weeks. Systems and procedures are thrown up like scaffolding. Maybe we’ll come up with something better later, we say, and I feel excited to be involved in the creation of something new and urgent.

There is a new sound: the police will drive around the corner and make threatening announcements over a loudspeaker. “You are ordered to disperse. Stand six feet apart in order to maintain social distancing.” Then: “You, on the corner, in the red jacket.” I look out the window as the man in the red jacket hurries away. I’ve heard the police fine and arrest people for failing to properly observe social distancing, but I haven’t witnessed this myself. There’s only so much I can see from one window.

It’s hard to do anything that requires careful thought. My brain, like this city, has been reduced to all but essential functions. I can follow recipes; I take on some back end administrative work for the mutual aid network, keeping track of donations in a spreadsheet. I shower, eat breakfast, wash up, read emails, and decide not to answer them. I feel shame at not being able to rise to the moment.

Think about yeast or any simple organism: it doesn’t have a brain, but it knows what to do. I imagine it working in the dark and in silence, slow but determined, eyeless but endlessly sure of itself.

Here are some things I love about bread: the way it tastes; the way it smells; the sloppiness of dough; the way it comes together from so few ingredients it might as well be made of nothing; the way dough rises; the way it resists rising; the fact that it’s alive.

Our kitchen, like our living room, has bright orange walls. When I moved into this apartment almost seven years ago, I couldn’t get over the orange, which felt absurd but also a little oppressive. The kitchen’s walls are smooth, but the living room walls have a stucco texture. Any attempt at decorating is doomed to lose a battle to the death with orange stucco.

There’s one window in the kitchen, right above our building’s front door. The window’s always been a little broken; it never completely closes, and it lets in cold air in the winter. Sometimes it escapes the frame and I have to pound on it with my fist to get it back into its proper place. In the morning, the kitchen fills with light, and the orange walls glow, warm and beautiful.

Every third loaf refuses to rise, and the exact cause of this failure is still mysterious. If social media is to be believed, overconfident stay-at-home workers have collectively decided that making homemade bread is an easy, fun way to pass the time. I should have known better: this is work. It’s skilled labor, demanding skills I don’t actually possess, but I turned to it as if it could provide a kind of comforting escapism or an easy sense of accomplishment. There is no easy sense of accomplishment.

It can take eighteen hours for yeast to transform sugar into carbon dioxide and alcohol, forming pockets of air inside the dough. I could spend the entire time waiting quietly at the kitchen table. But I fuss about the dough. I tend to it like a household pet. I can’t help lifting the tea towel to peer into the bowl, as if this precious thing might be lost, as if left to itself it might grow legs, maybe fur, and crawl away forever. There is, of course, no detectable change. 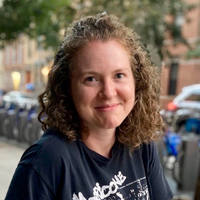 Louise Barry has been a visual artist, a curator, an administrator, a podcast producer, an organizer, an amateur baker, and a writer. She grew up in Northwest Pennsylvania, spent most of her adulthood in New York, and currently lives in Philadelphia.